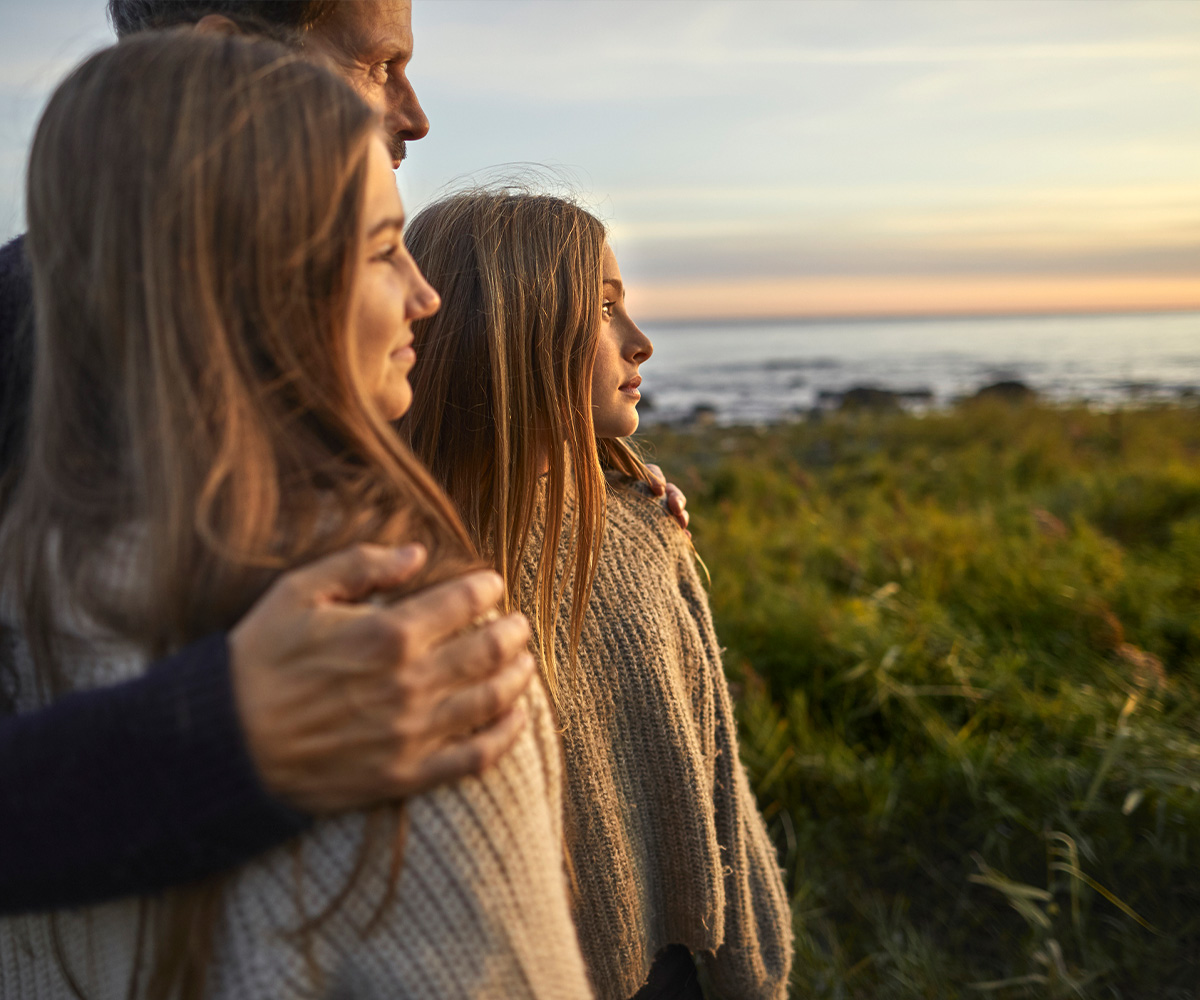 Some families have managed to protect and grow their wealth for generations. We believe that following certain powerful principles has helped them to do so.

Throughout the ages, talented individuals and families have succeeded in creating great wealth. The fields in which they have done so have been varied hugely. However, the main elements of their success – inspiration, hard work, and taking risks – have tended to be the same. While the ability to generate great wealth is relatively rare, the ability to sustain such wealth over the long term is rarer still. Almost every culture has a proverb reflecting great wealth’s tendency to dissipate within a few generations.

Nevertheless, the dissipation of great wealth over time is far from inevitable. Some families have managed to protect and grow their wealth over many generations and hundreds of years. They have done so by applying certain vital principles. As powerful as these principles are, however, they are no closely guarded secret. Indeed, many of them were known long before financial markets existed. Nevertheless, investors have routinely overlooked these principles to this day and to heavy cost. By understanding these ancient pieces of wisdom and applying them consistently, we believe that the wealthiest families of today can help sustain their wealth for generations to come.

Concentrated exposure has often contributed to creating great wealth. Typically, this has involved the success of a single great business, often focused on an individual industry in just one region of the world. However, when it comes to reinvesting the wealth from such a business in financial assets, concentration is unnecessary and risky. Highly concentrated portfolio exposure to certain asset classes, industries, companies or regions can lead to irreversible damage to wealth.

By contrast, the concept of diversification has long been associated with prudence and sustainability. It is the part of a wise man to keep himself today for tomorrow, and not to venture all his eggs in one basket, was a famous piece of advice given by the hard-headed farmer Sancho Panza to the delusional knight Don Quixote in the classic 17th century Spanish novel of that name. More than five hundred years earlier, though, Chinese merchants had recognized the benefits of dividing cargoes between several ships lest one should sink. In Medieval Holland, many prominent citizens shrewdly spread their wealth away from the predominant asset class of real estate and into making loans or direct investments in business.

Decades of modern asset class performance have borne out the much older case for diversification. However, too many of the world’s wealthiest investors have portfolios that are concentrated in few asset classes and countries. We therefore recommend for every client a globally diversified allocation drawn from up to ten major asset classes. We then help implement this allocation in every client’s long-term core portfolio, which should contain the majority of every client’s non-business wealth.

Cultures throughout history have regarded slothfulness as a vice. Less widely appreciated, perhaps, are the undesirable consequences of slothfulness of wealth. Hoarding excessive amounts of cash can do lasting harm. The longer great wealth idles in the form of cash, the more the missed opportunities to earn higher returns and the harsher inflation’s erosion of purchasing power. Over time, investors with cash-heavy portfolios have therefore seen their level of wealth diminish compared to those who have put excess cash to work.

The need to put wealth to more productive use has been recognized for millennia. An ancient Middle Eastern story tells of a man who entrusted his wealth to his three servants in unequal shares before embarking upon a long journey. (The master plainly also understood the potential benefits of diversification!) After his extended absence, two of the servants had doubled the wealth they managed for him, while the third incurred his master’s wrath by merely returning the original investment, having kept it all in cash.

The temptation to keep excessive amounts of wealth idling in liquid form persists to the present day. Hopes of investing later on at lower prices is perhaps the commonest explanation that we hear. However, long established wisdom – reinforced by our studies – argue strongly against such market timing attempts. Our advice is thus to build a globally diversified core portfolio as early as possible and keep it fully invested for the long run.

Still, this isn’t to say that short-term, timed, or unconventional investments are never appropriate. For these purposes, we recommend having a much smaller opportunistic portfolio to complement the core portfolio. The cash in this portfolio can be used to try to exploit market dislocations and other flare-ups that cause price and value to diverge. Such opportunistic investing has a long history among wealthy families. The saying buy when there’s blood running in streets dates from Europe’s Napoleonic wars, when a few leading families profited by snapping up stocks discarded by panic sellers.

Global multi-asset class diversification, staying invested, and pursuing opportunistic investments can all assist with sustaining great wealth for the long term. Just as important, however, is how such wealth is structured. Appropriate structures can accommodate not only financial investments, but also homes, businesses, treasured collections, yachts and aircraft. They can help to minimize taxation, protect assets from legal challenges and sovereign risks, and ensure that your wishes are followed in your lifetime and beyond.

Prominent individuals and families have used wealth structuring for hundreds and perhaps even thousands of years. In the Middle Ages, English noblemen would often transfer their lands to trustees to ensure they ultimately passed privately and seamlessly to their desired heirs, and without paying unnecessary levies to the monarch. During the noblemen’s lifetime, the lands held in trust would also be managed according to their wishes, which was particularly valuable when the noblemen went away on multi-year military campaigns.

Numerous cases involving celebrities in recent years have highlighted the unfortunate consequences of failing to structure wealth appropriately. After their deaths, their estates have often become the subject of highly publicized and often bitter legal disputes, involving multiple claimants, lasting many years, and costing large amounts in legal fees and estate taxes. To shield against these and other consequences, wealthy individuals should seek a customized and integrated wealth plan at the earliest opportunity.

As family wealth grows, so do the responsibilities of overseeing its management and governance. Besides investments and wealth planning, the wealthiest families typically have extensive needs when it comes to accounting, legal matters, and philanthropy. Their busy and complex lives often involve hectic travel and social engagements, numerous personal staff, several homes, and valuable collections of assets. All these things – from implementing the other timeless principles discussed previously to overseeing a private aircraft – can be undertaken by a family office.

The family office as we know it today probably dates back to the late 19th century. However, the practice of formally entrusting a set of key family business, investment, and personal functions to certain dedicated individuals goes back thousands of years. The pharaohs of ancient Egypt, for example, relied upon such officers for managing their income, their precious metals and jewels, and keeping accounts of the same. The same individuals also undertook critical personal estate and succession planning functions, such as the preparation of their all-important tombs and making offerings to the spirits.

The case for creating a family office today remains compelling for wealthy families, even absent any need to oversee pyramid construction and vast armies of charioteers. A family office can take a holistic view of family wealth and other needs, add confidentiality and efficiency, while implementing the other principles discussed above. Our professionals work with more than 1,500 family offices globally with an average net worth of $1.7 billion. They range from newly created to large and established multi-generational family offices. Their specialities include creating cross-border strategies for clients with family members, businesses, and foundations in many parts of the world.

While they have existed since ancient times – and are readily understood – none of these timeless principles are practiced anything like as much as they ought to be. Long experience has proven each of them to be powerful. We believe they are more powerful still when applied in combination. Citi Global Wealth Investments therefore reflects these and other principles in our investment philosophy and process, when seeking to help you sustain your wealth for the long term.
Share this article: 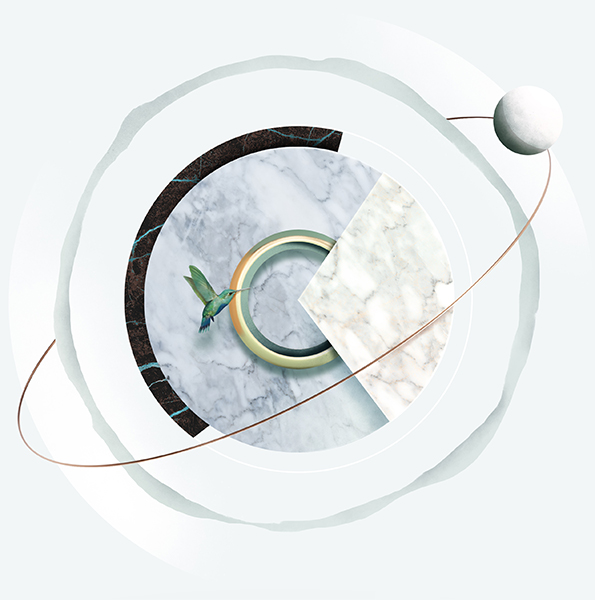 Our expertise in and access to global markets provide you with insights and the broadest range of investment opportunities, which we accompany with the highest level of service.