Water Scarcity: One of the greatest challenges of our time 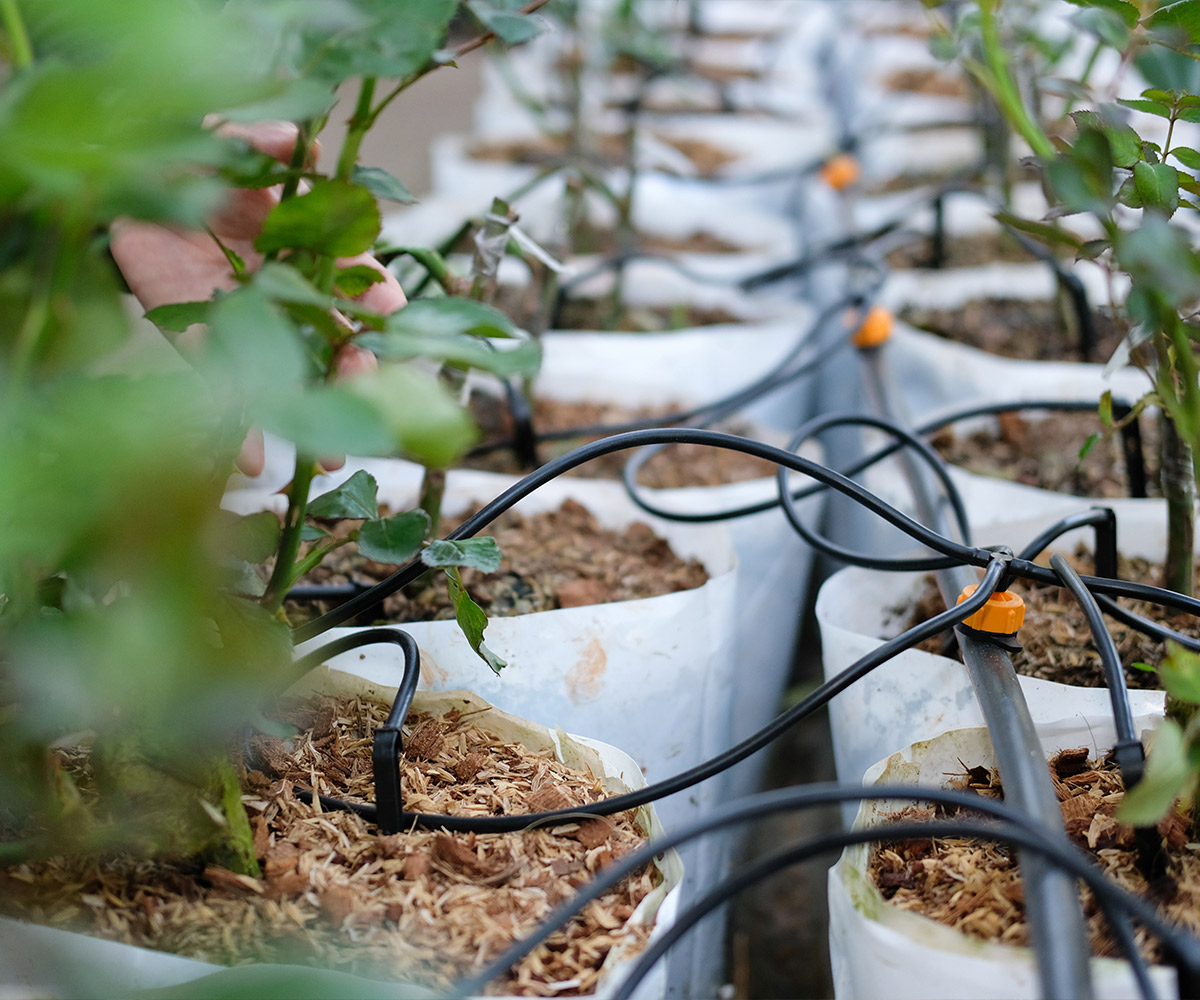 The world’s oceans account for 97% of our water and with the remaining 3% being under glaciers or otherwise hard to access. Hence, freshwater for drinking, bathing and farming, is in short supply. As this challenge rises in magnitude due to climate change and population growth, we see a potential for impact investing.

We believe water scarcity is one of the greatest challenges of our time. According to the World Health Organization (WHO), 2.2 billion people do not have access to clean drinking water1. Proper sanitation presents another problem, exposing 2.4 billion people to diseases like dysentery, cholera, and hepatitis to name a few, as cited by the World Wildlife Association2.

Looking ahead, the United Nations (UN) forecasts the global population will grow by more than 2 billion people to 9.8 billion by 2050 and climate change is altering precipitation, rainfall, runoff, and other patterns that result in more floods and droughts, as well as higher sea levels.

Acute water shortages are on the rise and have recently occurred in Cape Town, South Africa; Chennai, India; São Paolo, Brazil; and Basra, Iraq, plus dozens of smaller cities. Regionally, a 2021 analysis by the World Bank identified the Middle East and Northern Africa (MENA) as the world’s most water scarce region with 60 percent of the population living in high water stress areas3.

Water scarcity can have spillover effects. It is a leading cause of migration after war, conflict, and unemployment but migrants from these areas tend to have less education and lower skills than average, posing challenges on the cities and towns that receive them, most of which have been forced to dedicate resources to confronting COVID in recent years. And the very poor cannot afford to migrate. All around the globe, scientists and researchers are working on solutions to reduce water scarcity. Often this starts with timelier and more transparent data. Today’s cellular technology can be combined with metering analytics software4 to allow water utilities to remotely report meter flow, provide timely measurement readouts and reduce non-revenue water usage across large geographical areas.

In a study published in Energy and reported in WaterWorld5, researchers found the amount of river flow could double in Southeastern Brazil by keeping the region’s reservoirs full. To provide some context, Brazil gets two-thirds of its energy from hydropower and droughts not only impact Brazil’s electricity but global food prices, as well. Usually, hydropower reservoirs reduce the river flow below dams. However, in areas with close to 100% humidity, evaporation rates are small and maintaining a full reservoir significantly increases precipitation. The study found that to maximize water and energy resources, smaller reservoirs on the head of rivers should be filled before larger ones and an ideal balance, on average, was found to combine 78% full reservoirs at the end of October with a hydropower capacity factor of 50%.

Today, there are more than 20,000 desalinization plants across 150 countries, according to the American Society of Mechanical Engineers6. But they consume a lot of energy. In Saudi Arabia, for example, around 10 percent of the country’s electricity is used for desalinization and, in Abu Dhabi, desalinization accounts for more than 22% of CO2 emissions. There is a big incentive to use renewable energy in the production of fresh water. Solar power panels suffer from an over-heating problem in arid areas where solar irradiation is high, leading to a lot of wasted heat. The good news is that this excess heat can be used as a desalinization power source, without affecting regular electricity generation, achieving both electricity and freshwater production off the same panel.

Agriculture accounts for 70% of freshwater usage and incorporating digitization into agriculture systems holds tremendous promise. Data-driven decision-making using soil-moisture sensors can reduce water consumption by up to 30% by allowing farmers to automatically water their crops and apply fertilizer only when it is necessary. Sensors can also inform farmers of conditions that might threaten their crops, so they can act in a timely way.

In very poor areas, inexpensive drip irrigation systems involving nothing more than pipes with little holes, can route water directly to crop roots where it is needed before rainfall evaporates. Where possible, farmers can also capture rainwater and store it in tanks or reservoirs to use when the weather is drier. Farming methods that use comparatively little water also offer potential. Aquaponics combines the techniques of fish farming (aquaculture) and hydroponics (growing plants without any soil). According to the UN’s Food and Agricultural Organization, some integrated farms have been able to reduce their water consumption by 90% compared to traditional methods of agriculture7.

Figure 1: The S&P Global Water Index vs. MSCI All Country World Index Since 2011. Source: Bloomberg, as of 10 Mar 2022. Indices are unmanaged. An investor cannot invest directly in an index. They are shown for illustrative purposes only and do not represent the performance of any specific investment. Past performance is no guarantee of future results. Real results may vary.
Finally, water reuse has become a vital tool in the arsenal to combat water scarcity. Water reuse reclaims water from a variety of sources, treats it, and allows the treated water to be used in agriculture and irrigation, or alternatively for drinking, cooking, and bathing, for ground water replenishment, and for industrial processes8. Advanced plants typically rely on membrane filtration and ultraviolet light to treat wastewater. Permits establish requirements for soil and water testing, nutrient monitoring, discharge analysis and water quality.

As with any other scarcity, we believe the freshwater shortage creates investable opportunities. Although not immune to the market volatility of early 2022, since 2011 the S&P Global Water Index has outperformed the global equity market – as represented by the MSCI All-Country World Index – by over 1.5% a year - figure 1. The potential water investment opportunity set includes entities involved in the water business, its conservation, and its purification. 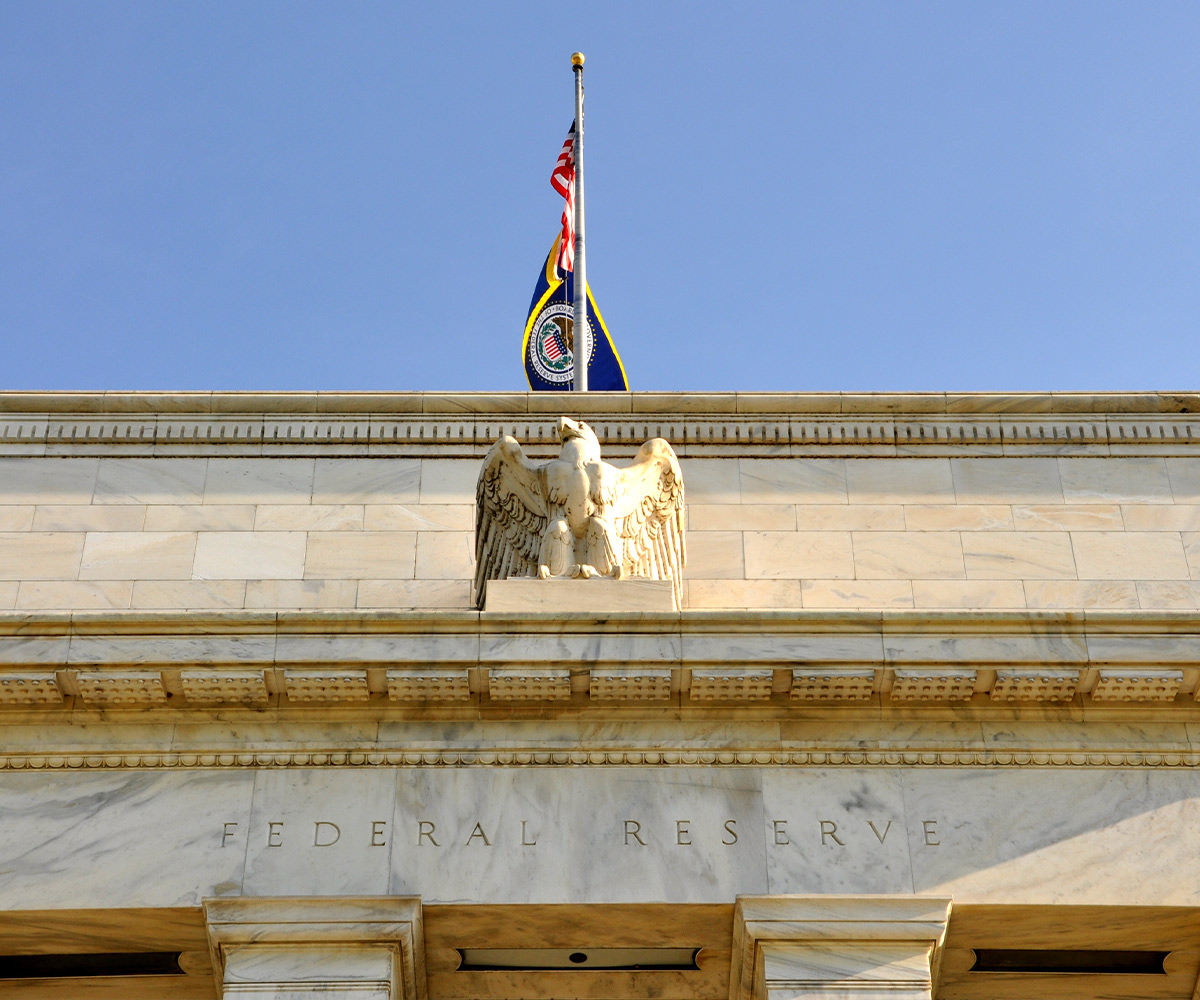 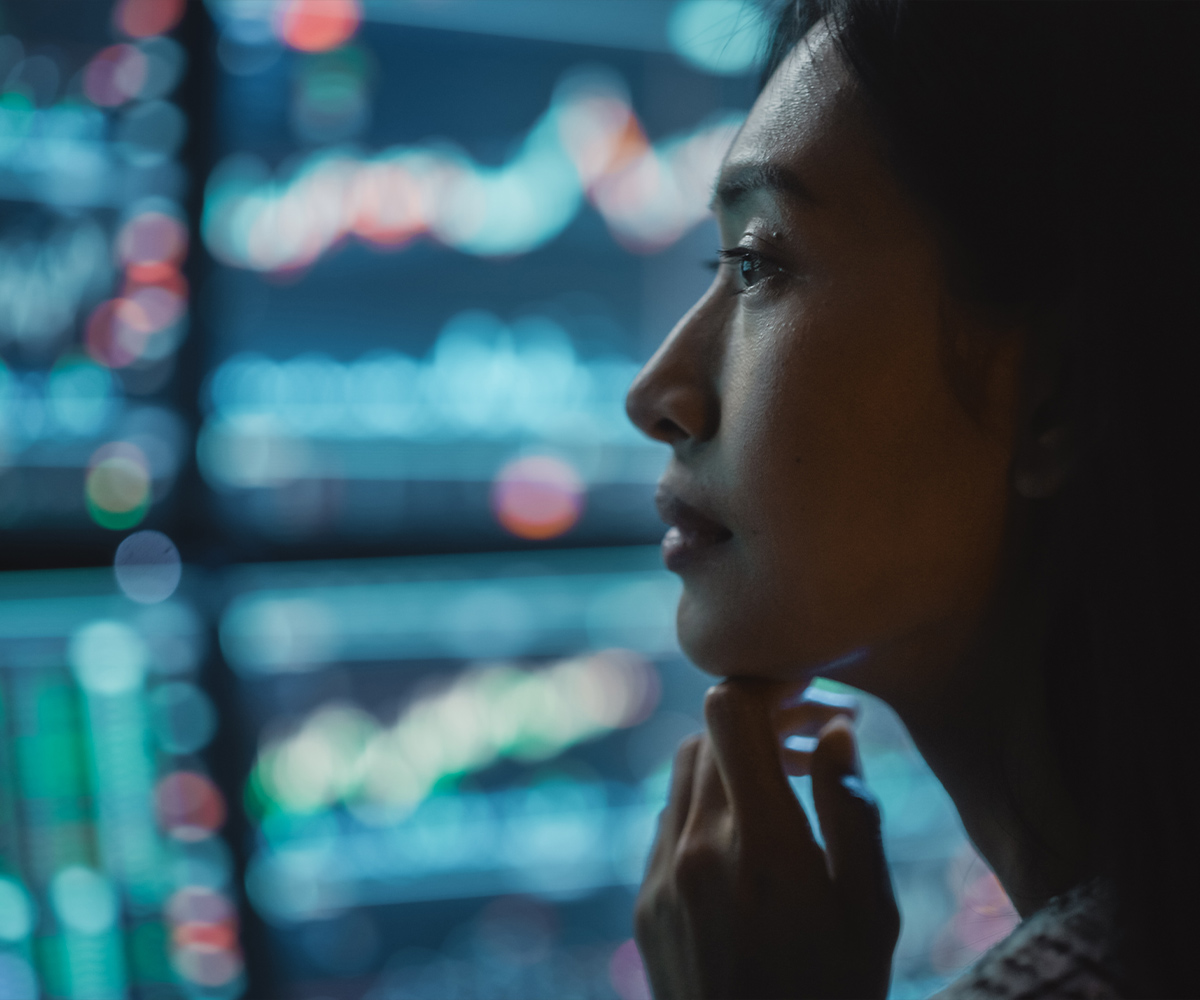 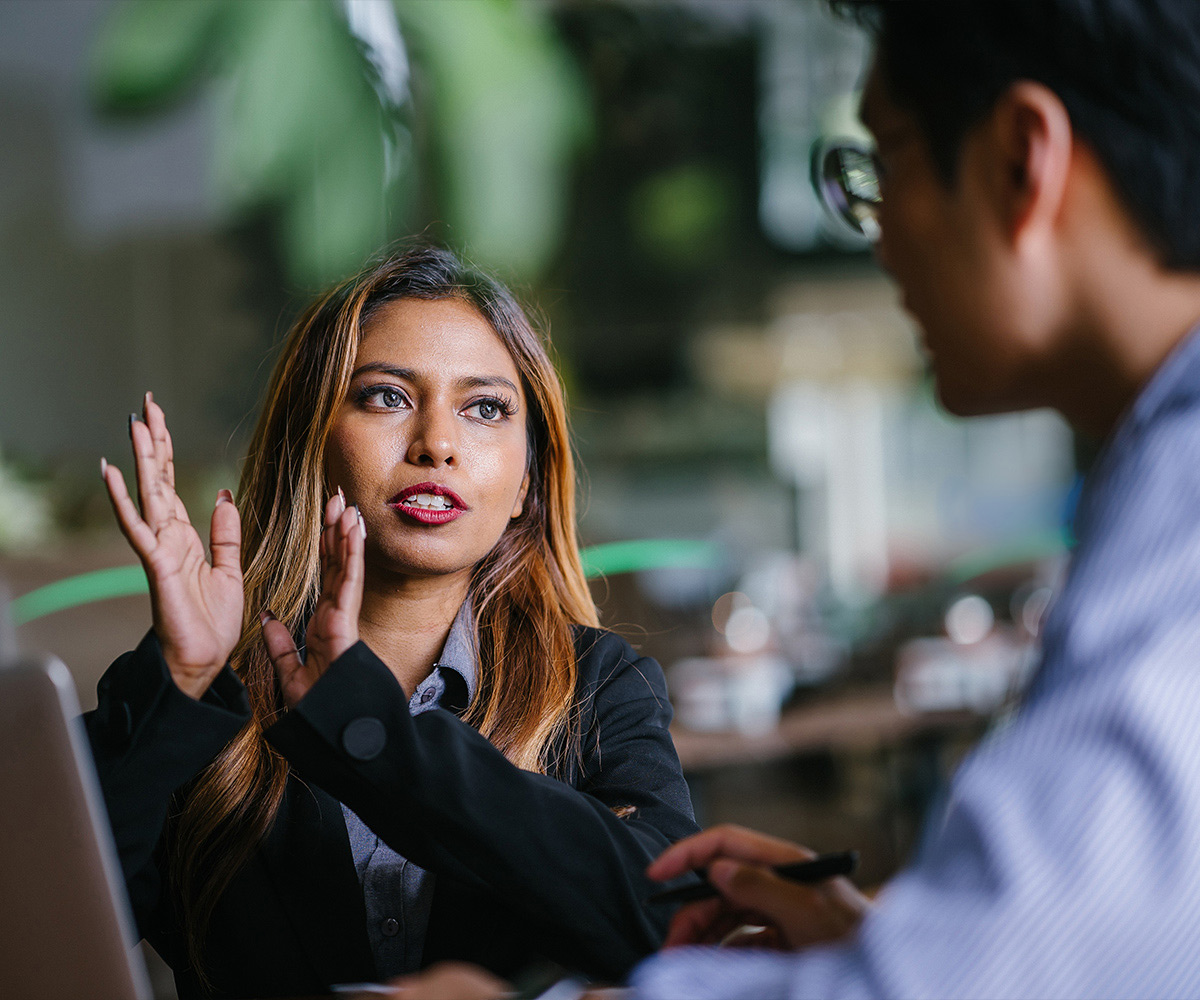 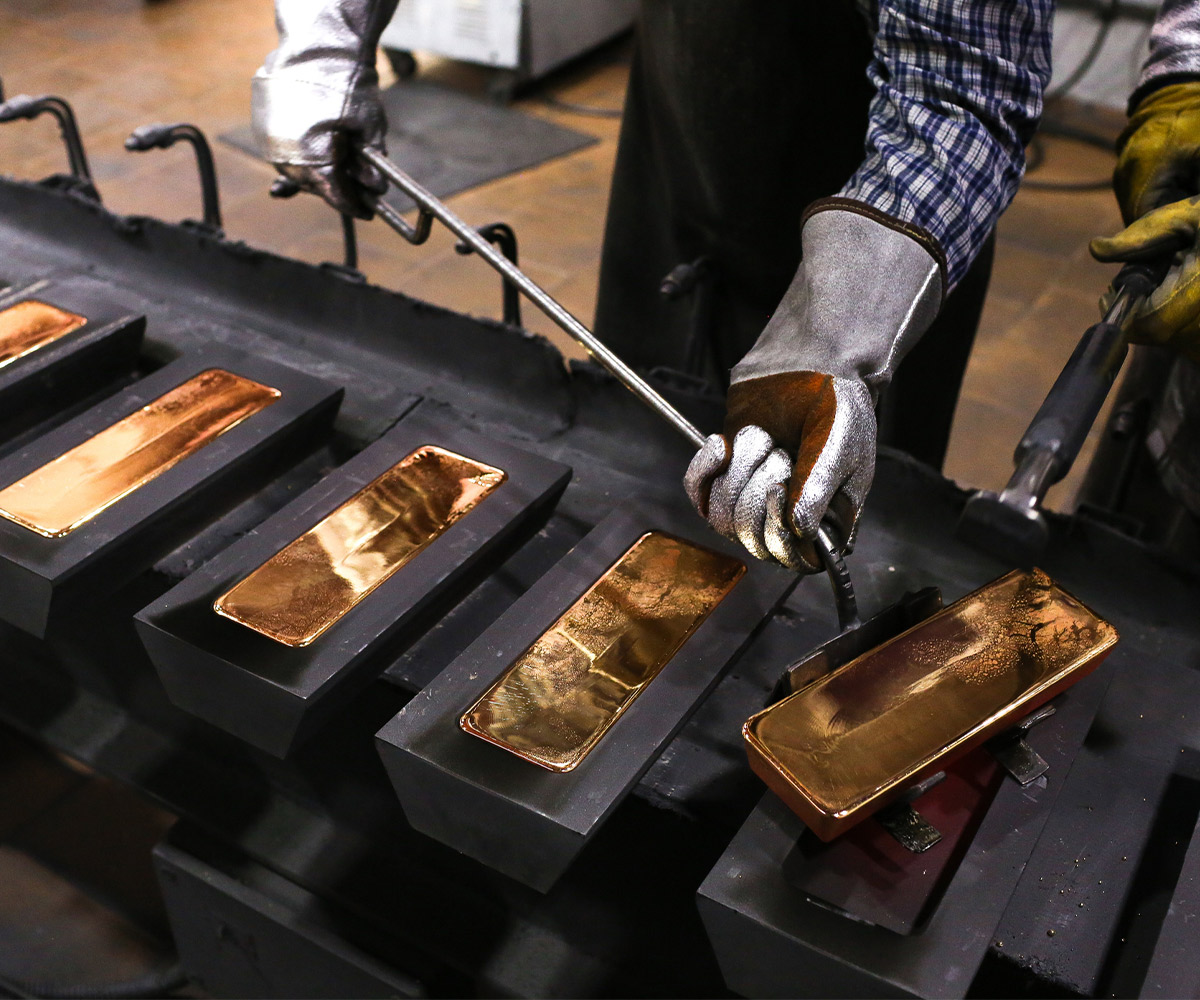 1 One in three people globally do not have access to safe drinking water, UNICEF& WHO, June 18, 2019 https://www.who.int/news-room/detail/18-06-2019-1-in-3-people-globally-do-not-have-access-to-safe-drinking-water-unicef-who

3 Lack of Water Linked to 10 Percent of the Rise in Global Migration, August 23, 2021 https://www.worldbank.org/en/news/press-release/2021/08/23/lack-of-water-linked-to-10-percent-of-the-rise-in-global-migration

8 Uniting to Combat Water Shortages Across the Country, US Department of Agriculture, July 29, 2021 https://www.usda.gov/media/blog/2020/04/28/uniting-combat-water-shortages-across-country