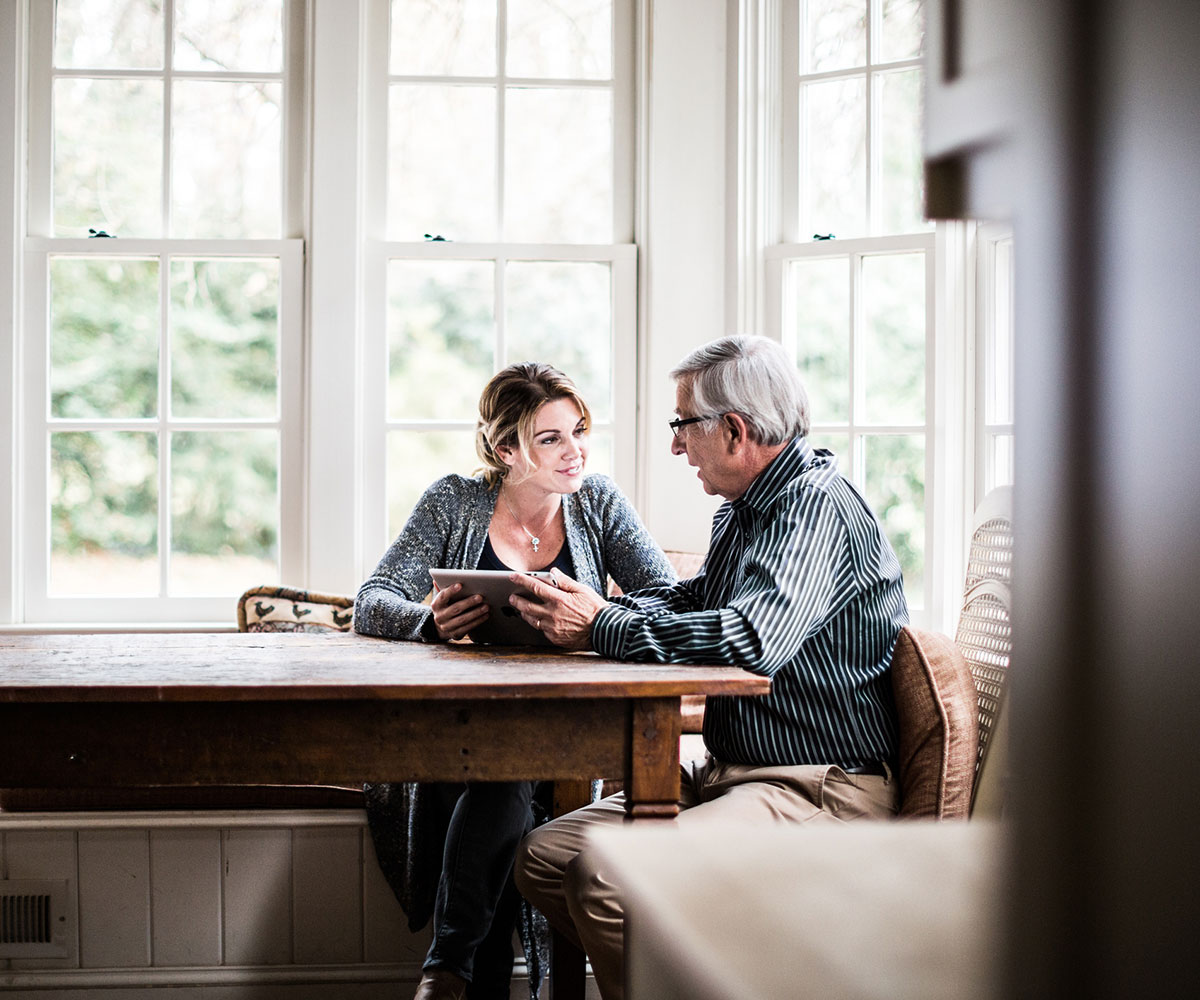 The irony for a founder is that what made the founder successful will likely not make the enterprise successful in the second generation. The model must change for success to be perpetuated.

Replacing a Founder-CEO is one of the most challenging tasks for a family business—and for good reason. Founders have enormous influence. They are central to decisions large and small. They hold the key relationships. They are emotionally committed to the organization. The company depends on them. People are loyal to them.

A generational transition from a founder can seem insurmountable. But there is guidance for how to do this well and where to begin.

The mindset of a founder

To effectively design a succession transition from a founder, one must first understand the mindset of a founder and what drives him/her. There are many varieties of founders, and most of them do remarkable things as individuals and with their companies.

First and foremost, successful founders are value creators; their dream is to create and build value. They wake up in the morning, restlessly aiming to answer: How do I solve this problem? Their company is a vehicle for them to create value; building an organization in and of itself rarely is enough to motivate a successful founder.

Successful founders see trends that others miss. They are effective at commercializing on their innovations.

They are craftsmen. They know their craft better than most anyone else.

They are determined. Persistent. Convincing.

They are self-reliant. And they build organizations that wholly depend on them, where they remain absolutely central in the life and power structure of the company (a hub-and-spokes model).

Then, they reward loyalty for reinforcing this dynamic.

The organization structure of most early-stage and founder-led companies, by necessity, is the hub-and-spoke design: The founder is in the center of this organization; information flows into the center, and decisions from the boss flow out to be implemented. This can be a very efficient and effective way of organizing decision-making. In fact, most companies in the world are young enough and small enough to be organized this way.

This structure facilitates fast decisions. There is one person to ask, and that person can decide immediately. There are no layers of authority with which to check. It is quick. It is efficient.

It is also vulnerable. This structure is reliant on one individual who could make a mistake, have an error in judgment, or become impaired. Rarely do hub-and-spokes systems have a well-developed bench of talent that can step in and take over in the case of the founder’s incapacity.

The hub-and-spokes organization structure allows founders to guide operations and make decisions whenever they want. It functions as the ultimate control mechanism where the founder decides what does and does not get addressed, prioritized, and implemented.

It can work well at the founder stage, and it often does. But it rarely works in the second generation, for a few reasons:

When a group of siblings own and lead the family business together, it is often a mistake to keep the hub-and-spokes structure. To change from this model requires a multitude of talent, more independent thinkers, a hierarchy of authority, and the removal of the founder from the center.

The goal is to move from the hub-and-spokes model to a pyramidal model. In this structure, following the shape it is named for, the CEO sits on top, with a small executive leadership team below, and tiers of managers and employees fill the organization down to the base of the pyramid. 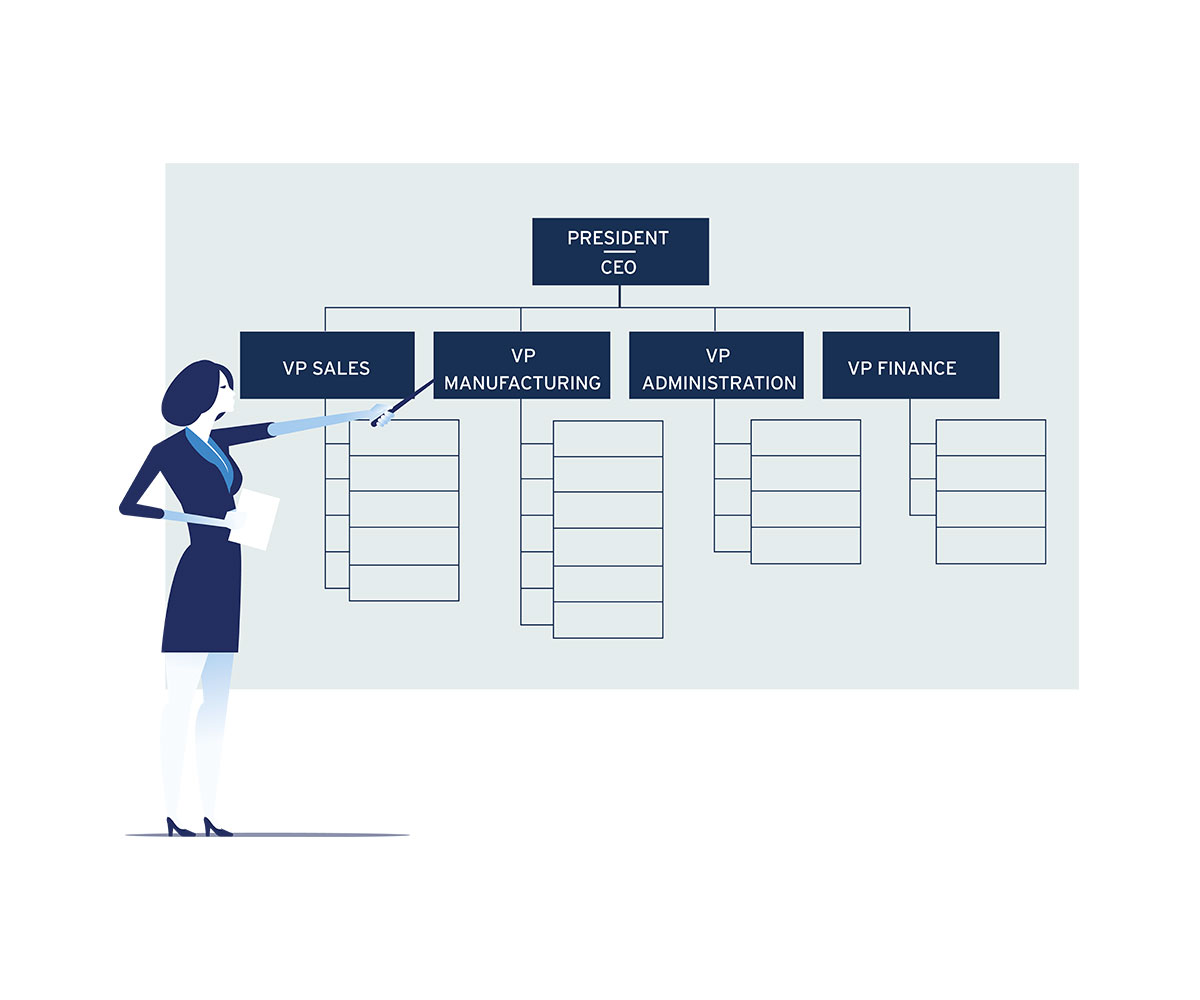 In this structure, responsibilities are distributed. Information is shared and initiatives are implemented through systems and processes.

Direct reporting relationships are clear, and therefore accountability is applied. Career paths are more evident. People see where they fit. Siblings can find roles in the organization that match their capabilities. The system can still function when one person is absent. This structure also permits a new CEO to better implement changes.

The irony of a founder's success

For a successful transition from the founder, it is not only the organization structure that needs to shift. Entire groups need to be transitioned including management teams, ownership groups, boards, committees, councils and family leaders. But they are not necessarily to be handed over in their existing form.

The irony is this: What made the founder successful will likely not make the enterprise successful in the second generation. The model must change, and that means many of the ways that the system functions under the founder’s leadership. This includes aspects such as: power, leadership, governance, reward systems, ownership, family relationships, communication, purpose, and others.

Let's look at how each of these aspects of a family enterprise need to shift during a founder succession transition.

Power will no longer be concentrated with one individual. It will be diffused among multiple siblings, which can result in siblings seeking recognition, status, and authority in the system.

This can lead to siblings being sensitive to, and observant of, fairness, or the perceived lack of fairness.

The Leadership model often needs to take a different form. One single leader of the business, ownership, and family is unlikely to be effective for a group of siblings.

A partnering mentality among the siblings is needed because siblings generally have relatively equal ownership. Siblings often want to apportion leadership responsibilities of the business, ownership, family, investments, and philanthropy among them.

Governance is often carried out by the founder informally. The founder decides the company’s and the family’s direction and identity, and provides the stability and adaptability the system needs.

The founder is often also the leader of the family, and in that capacity, resolves family disputes and sets rules. At the sibling stage, governance does not function effectively when it is so informal.

Fairness needs to be managed through structure (rules, principles, and processes) to avoid ambiguity.

Roles and responsibilities need to be formalized and transparent. Processes for decision-making and dispute resolution must be written down.

The reward systems at the founder stage are decided by the founder. This often means that financial compensation and support to family members are unequal, not tracked, not transparent, and have no formal criteria.

This lack of structure, and the perception of unfair treatment, can divide a family at the sibling and later stages, if they are not managed. Siblings benefit from evolving to a contribution-based (merit-based) compensation structure for jobs in the business and other roles in the enterprise.

Ownership will eventually transition from one controlling owner to a group of sibling owners. Ownership decision-making is then shared, with no one individual having a majority vote. Even if equity is divided equally, there will be greater diversity and inequality among the owners at the sibling stage: some owners will work in the business, and some will not.

Some will have more capability to make ownership and investment decisions than others. Clearly defining the role of owners, and preparing owners for these responsibilities, is essential.

Family Relationships will change as individuals move from parent-child interactions to peer-to-peer or mentor-mentee relationships.

This is harder for the senior generation than it is for the next generation to adopt. In the second generation, siblings need to interact more formally now as equity partners and not just sisters and brothers.

The family’s Purpose for staying together, and the values that guide their way, will require a collective buy-in from the second generation siblings. The next generation must take ownership of their mission (purpose) so it energizes them. They should not be saddled with inheriting a mission from the founder that they consider unmotivating out of duty.

With all that needs to change in a family enterprise during a founder transition, here are some practices to guide you:

Succession from the founder requires an abundance of dialogue, and many families restrict these to solely business discussions. Make space for family conversations too. As family members settle into new roles and learn to relate to one another in new ways, keep the foundation of supportive family relationships strong.

Be mindful that parents want from their sons and daughters: respect; appreciation for their upbringing, inheritance, and opportunities; pride in their accomplishments; and to continue their legacy.

The successor(s) to a founder also need to appreciate what has been done well so far in the business, ownership, and family. When the incoming generation comes in believing that intelligent life in the enterprise starts with them, it is usually a derailer. Use family settings to express appreciation to one another.

The ultimate test of a founder

This comes more easily to some founders, but for most, it is a painful detachment process. It requires substituting one’s identity as the “founder of this business” for an identity as the “provider of a legacy.” If one chooses to see it, there can be great pride and gratification in providing the next generation with a platform and a legacy, and then detaching from it.

Some founders hand over the keys to the business and move on, opting for physical separation. They engage in new activities, sometimes running their philanthropic foundation, or serving on boards, or finding new acquisition opportunities.

Many founders move to the Chair of the Board role. This role is an important, part-time role leading the board of directors. It should not be a disguised title for hanging on to the CEO position or keeping a close eye on the new CEO. An effective board chair has a clear mandate that is supported by the board.

The best scenario is a mutually supportive partnership between the founder, the chair of the board, the new CEO, the second generation owners, and the family. 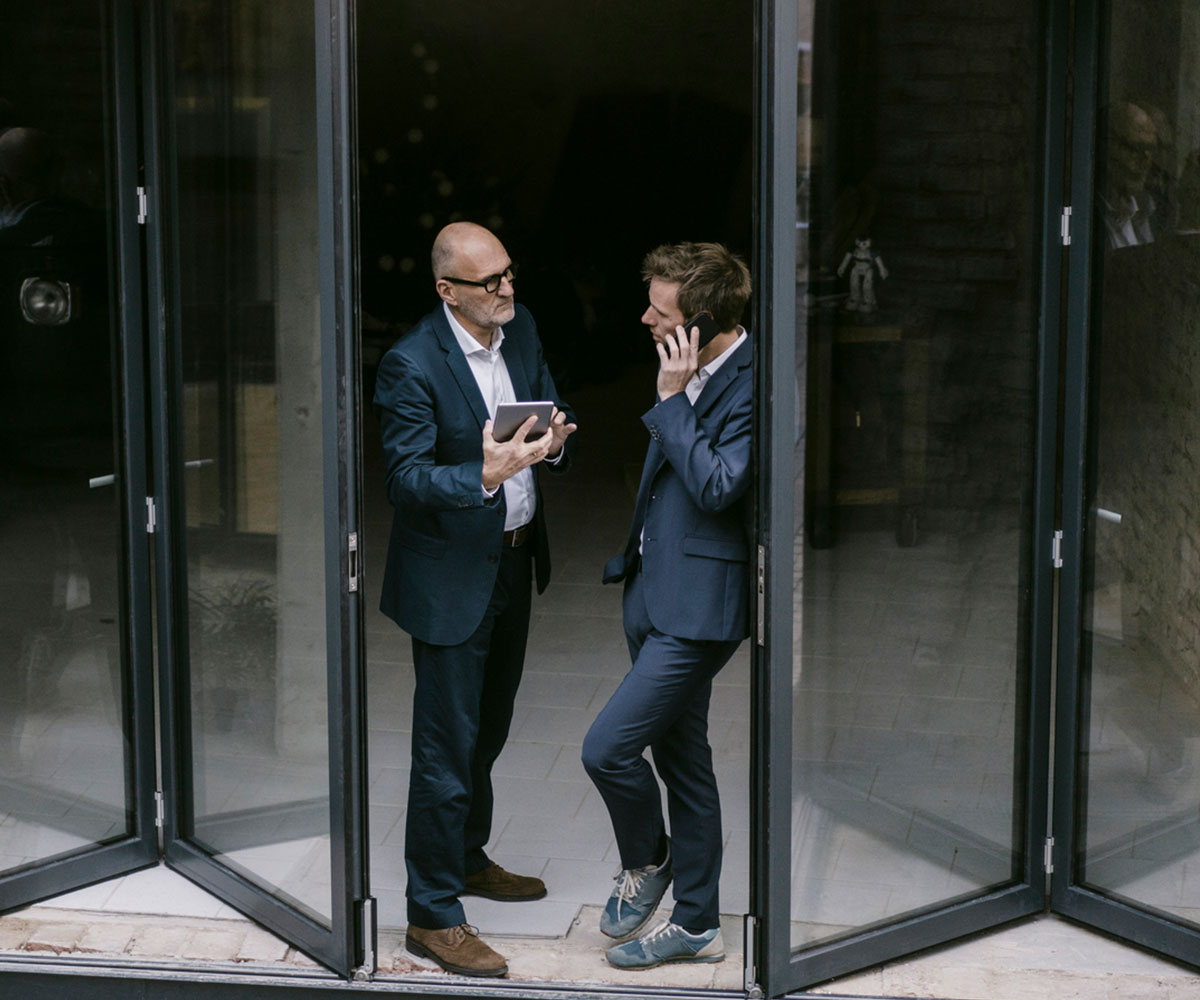 5 Habits of Disruption-Ready Families
Cambridge Institute for Family Enterprise
To deal with the rising vulnerabilities of this turbulent environment, business families must prepare not only their business, but their family for disruption. The five habits below offer a blueprint for families to intelligently and proactively get ready.
Learn moreabout 5 Habits of Disruption-Ready Families