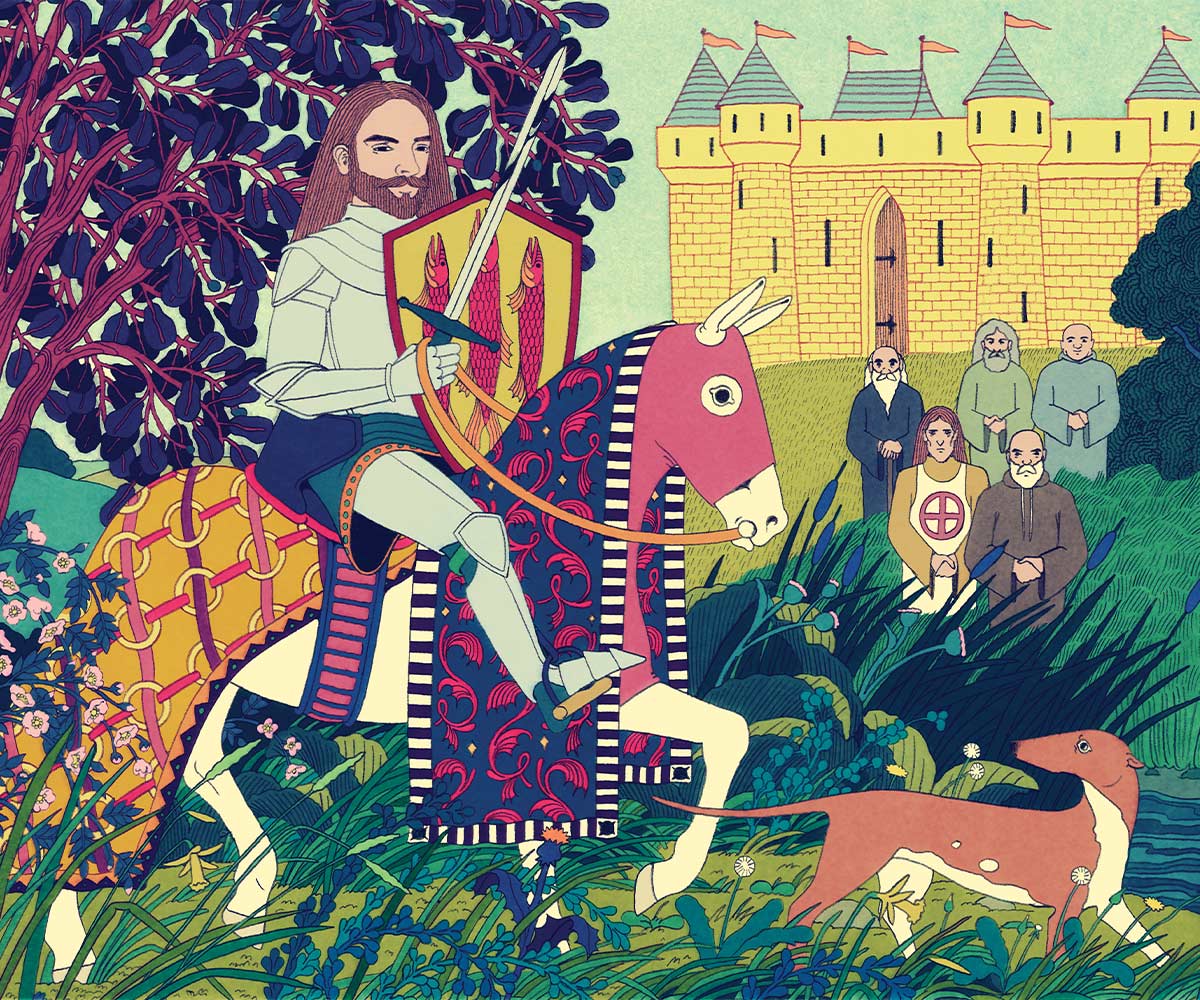 Worldly and wealthy individuals have protected their legacies with fiduciary structures for many centuries. While these structures have become ever more sophisticated and innovative, the fundamental logic remains compelling.

Anthony, third Baron de Lucy, knew he might never see his native England again. His journey eastwards would be fraught with danger, especially over the rough seas. The greatest threats of all, however, would await Anthony on the battlefields of Lithuania, where he was to fight alongside the Teutonic Knights. The young nobleman was undaunted.

For protection in Lithuania, Anthony would rely upon a sturdy suit of armor. However, his desire for peace of mind went beyond the safety of his mortal flesh. He also needed to know that his extensive interests at home would be soundly administered during his absence.

After all, there were manors to be maintained, rents to be collected, and order to be preserved. And should he perish by the sword, he wanted to know that his wealth would be safeguarded for his chosen heirs.

The lessons of Anthony’s planning remain as relevant for the worldly and wealthy of today as they were almost seven centuries ago.

In late 1367, Anthony decided to transfer his estates to a small group of feofees, or ‘trustees’ in today’s language. These feofees would thereafter hold his lands on his behalf and for his benefit.

Anthony would no longer be the legal owner of his lands, therefore, but a cestui que, or beneficiary of a fiduciary structure. The hot-headed young lord who had stirred up trouble on England’s borders was also a medieval model of responsible wealth planning.

Alas, it would only be Anthony’s remains that returned home from Lithuania. At some point in the late summer of 1368, he was slain in combat around the city of Kaunas. Apart from the fact of his violent death, history is silent about the heroism – or otherwise – of the young baron’s knightly deeds in Lithuania.

What we do know, however, is that the lessons of Anthony’s planning remain as relevant for the worldly and wealthy of today as they were almost seven centuries ago. 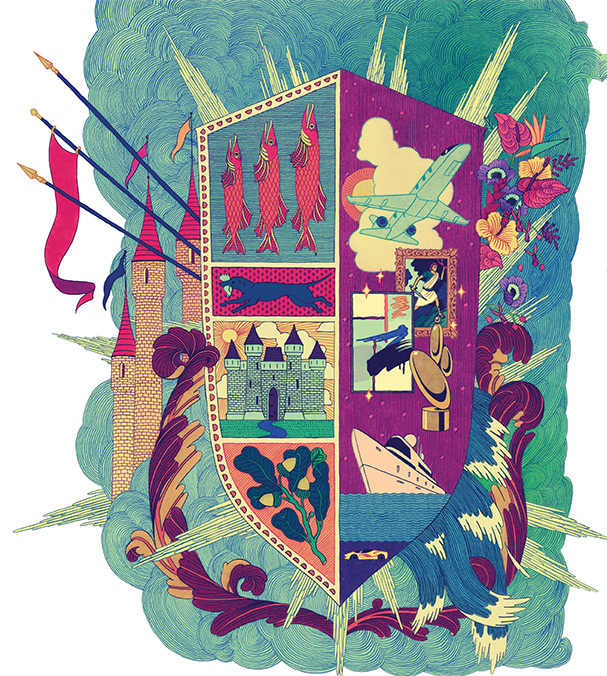 At the heart of Anthony’s planning was his desire for his estate to be distributed according to his vision. In the Middle Ages, there were many restrictions on bequeathing lands, which generally had to be passed in their entirety to a first-born son.

There were also laws against donating them to the church. The lands of noblemen unfortunate enough to die heirless would fall into the hands of their ultimate overlord: the king. Anthony’s trust set-up, however, would have enabled his wealth to benefit the heirs of his choosing.

A further advantage of Anthony’s planning was procedural. Without such arrangements in place, heirs had to undergo a lengthy, inconvenient, and public process to take possession of their inheritance. If the property was held by feofees, though, the transfer of wealth to heirs was confidential and seamless.

What is more, the inheritors would not have to pay ‘feudal relief’ to the king – effectively an early kind of inheritance tax – for the crown to recognize them as the new owners of what they had been left.

Avoiding the all too predictable

If a fourteenth century baron provides us with a model case of prudent planning, numerous latter-day cases highlight the unfortunate consequences of failing to plan.

In recent years, there have been several widely reported cases where celebrities and other wealthy individuals have passed away without leaving a plan for the substantial wealth they amassed during their lifetime.

What follows is typically all too predictable. In absence of a clear plan, multiple would-be heirs come forward with claims to receive a share of the deceased’s estate. Drawn-out legal proceedings may be required to examine them all.

The more claims there are, the longer determining their validity can take. Successful claimants may have to wait several years to receive their inheritance.

Publicity, delay, and a profusion of competing claims can cause further distress to rightful heirs at what is already a difficult time. A further consequence of failing to plan is often a significant reduction in the eventual distribution.

In the US, for example, federal and state taxes can potentially swallow up around half of a sizeable estate’s value. Estate and attorneys’ fees can also be substantial, especially in the longest and most rancorous cases.

With appropriate structuring, many of these unfortunate consequences can be mitigated or indeed avoided entirely. Specifying wishes can enable a quick and seamless transfer of wealth to nominated beneficiaries.

The value of the estate – and the details of its contents – may remain a private matter. Significant savings on taxes and legal fees may also be possible. Importantly, heirs can be spared much uncertainty and anxiety, as Anthony’s inheritors were.

Today’s fiduciaries need to be not simply trustworthy, but also willing and capable of receiving, holding, and administering the assets in question.

Planning for the complex

Naturally, the estates of today’s wealthiest individuals are much more complicated and far-ranging than that of a fourteenth century knight. As was typical at that time, Anthony’s wealth consisted largely of land.

In addition to real estate across many countries, by contrast, it is not uncommon for wealthy individuals to own businesses, yachts, corporate aircraft, fine art, and other valuable collections, as well as their financial investments.

Despite the diversity and complexity of some such assets, all of them – and more – can be accommodated within an appropriate structure.

While today’s fiduciary structures may be able to accommodate many kinds of assets – perhaps with beneficiaries in many jurisdictions – the stewardship involved is also that much greater.

Anthony merely selected feofees whom he felt would not misappropriate his wealth. (Perhaps this explains why he nominated three clergymen!) Today’s fiduciaries need to be not simply trustworthy, but also willing and capable of receiving, holding, and administering the assets in question.

A final lesson is that it is never too early to start planning. Anthony was probably only in his mid-thirties when he structured his wealth. Admittedly, he did so in the knowledge that he was about to risk his life on the battlefield.

However, wealth planning would have been just as valid had he returned alive from Lithuania, helping him to protect his legacy, possibly minimize taxation, enhance confidentiality, and contract out burdensome administration.

Such potential benefits are still available several centuries later. Raising a trusty shield remains as wise a decision for the worldly and wealthy of today as ever it was. 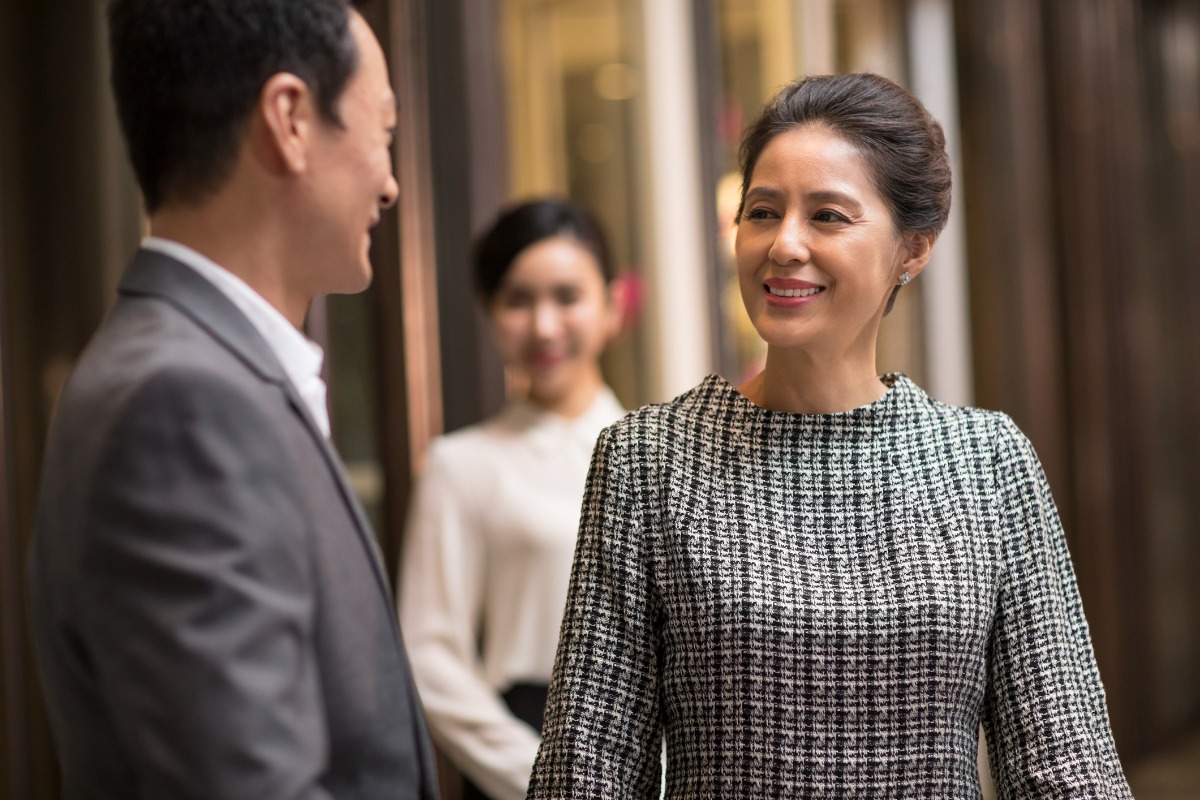 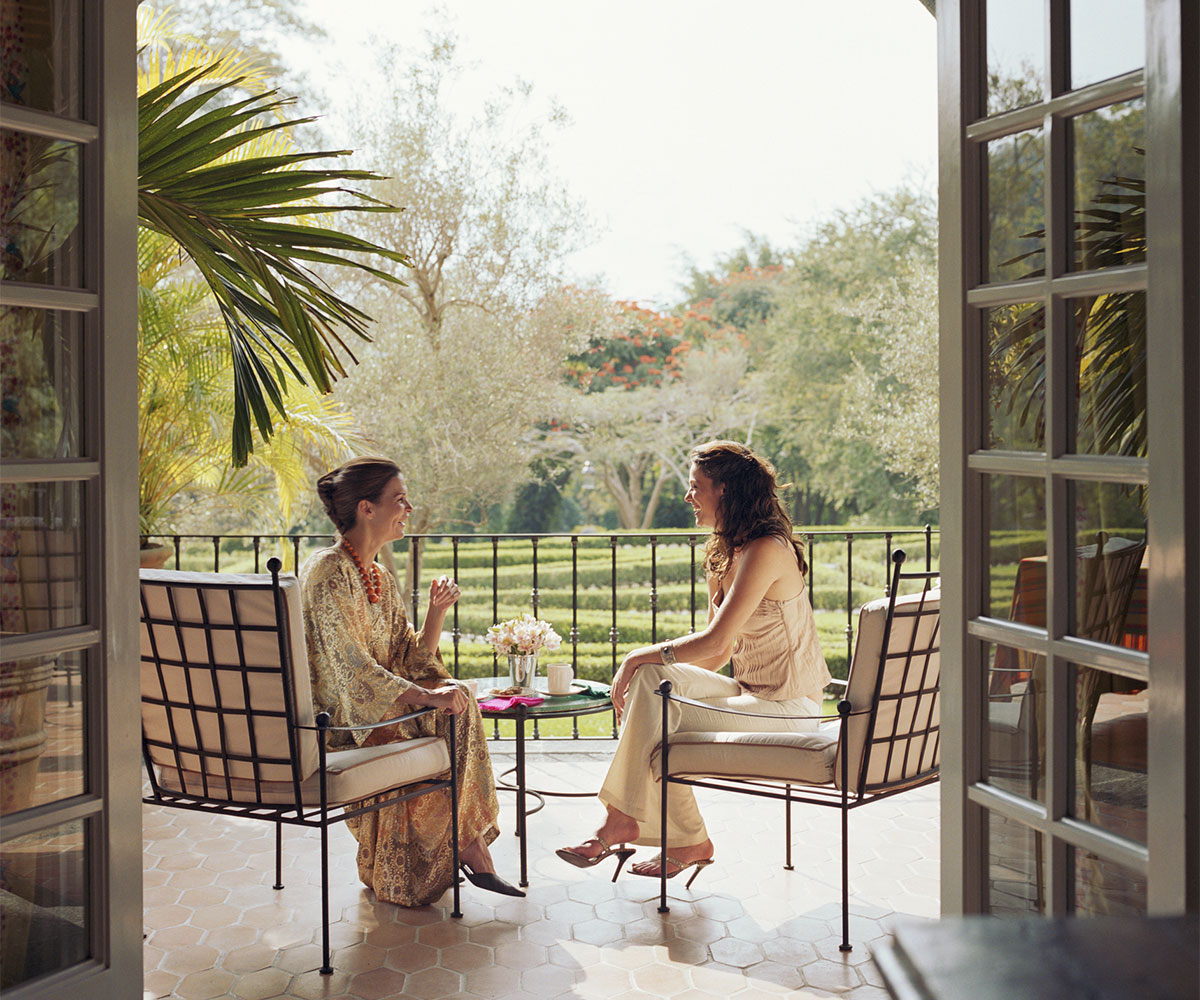 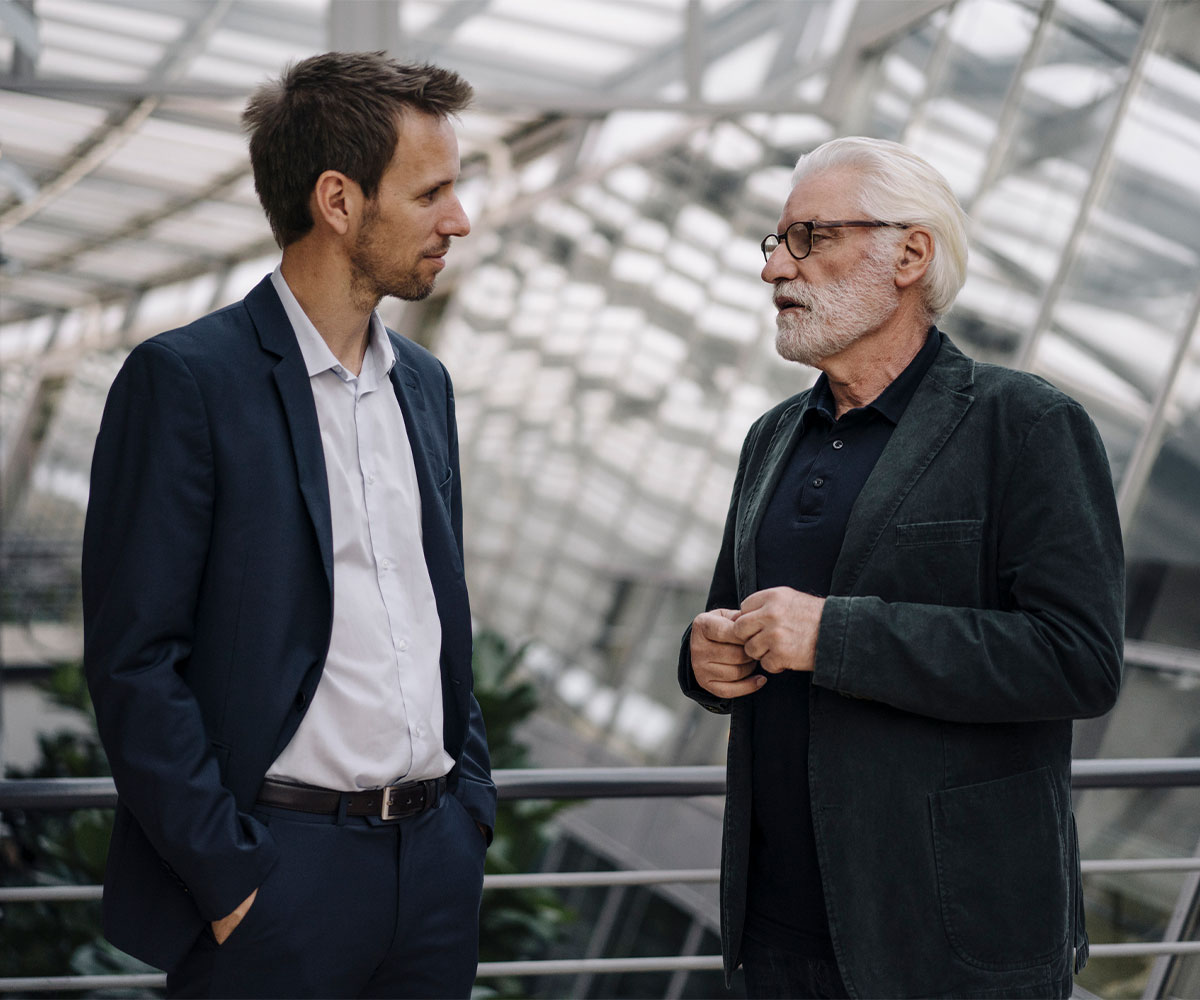 The story of Anthony de Lucy is a compilation, and not reflective of a single source.