The Accelerating Charitable Efforts Act may change the landscape for private foundations and donor-advised funds.

For as long as I have been in the nonprofit sector, each year there is some criticism that private foundations and donor-advised funds (DAFs) are not doing enough to make more funds available in support of nonprofit organizations. In the past year, this criticism grew to fever pitch as the COVID-19 pandemic ravaged the world.

In the wake of the pandemic, a very bright spotlight has been shone on the disproportionate impact to certain minority and socioeconomic groups. As the need for relief efforts, food, medical, and other humanitarian programs exceeded available resources, those at the lower end of the economic spectrum suffered the hardest. Furthermore, many nonprofits had to cut back their programs and services or shut down completely, compounding the socioeconomic challenge.

The growth trend in US DAFs continues as well, with charitable assets and the number of accounts growing steadily year over year between 2015 and 20194 . While the equity market decline during the first half of 2020 was sharp and global in nature, the year ended with record all-time highs. The market correction followed by a recovery all but ensured that endowments of charitable assets – whether housed in private foundations or DAFs – hit new heights as well.

So, it comes as no surprise that the groundswell of criticism began to call for, or more accurately demand, legislative reform. That prospect has now taken the first steps to become reality in the US. On June 9th, Senators Angus King (I-ME) and Chuck Grassley (R-IA) introduced the Accelerating Charitable Efforts Act (ACE Act) to the Senate floor.

It is seen as a bipartisan bill, since Senator King caucuses with the democrats. While we have yet to see sponsorship of similar reform from the House of Representatives, the ACE Act represents some of the most sweeping reform affecting private foundations and DAFs in many years.

Surprisingly, most of the reform is aimed at DAFs, even though private foundations hold almost seven-times the assets. Even more surprising is that we are living in a time when cries for racial and social justice have never been greater, yet the ACE Act includes no provisions to change the charitable tax deduction limits, which many posit perpetuates a socially inequitable system.

Regardless, it is likely this bill will face much debate with many iterations along the way. We are already seeing nonprofit organizations both for and against reform weighing in on the discussion. The current provisions proffered by the ACE Act affect private foundations, DAFs, the public support test rules for public charities in respect of DAF donations and contemporaneous acknowledgment requirements. The focus here will be limited to some of the provisions affecting private foundations and DAFs.

The ACE Act includes three provisions germane to private foundations5.  The first relates to administrative expenses paid to disqualified persons, who are in part defined as substantial contributors, foundation managers (e.g. directors and officers), owners of more than 20% of organizations that are substantial contributors and family members of each of these. The administrative expenses, including salary and travel expense, will no longer be treated as qualifying distributions. In other words, those expenses can be paid to disqualified persons; however, they will not count towards the private foundation minimum distribution requirement.

The bill does provide for an exception for foundation managers that are not family members of a substantial contributor or owner of more than 20% of organizations that are substantial contributors. Administrative expenses paid to those individuals will still count towards the private foundation minimum distribution requirement. If this provision is meant to curtail abuses of payment of excessive administrative expenses to disqualified persons, this is already addressed within the current legislative framework.

The payment of compensation or reimbursement of expenses to a disqualified person of a private foundation is generally an act of self-dealing, unless the payments, which cannot be excessive, are for personal services that are reasonable and necessary to carry out the foundation’s exempt purpose. This bill would inconsistently apply this exception to non-family members which may not align with its efforts to accelerate charitable giving from foundations.

Distributions made to a DAF

While the additional disclosures for DAF donations is certainly consistent with the current transparency of all private foundation granting, it doesn’t appear well-aligned with the intended purpose and namesake of the bill. For those foundations that would like to anonymously grant outside their stated mission, a DAF donation currently makes that possible.

Of course, there is recapture of the excise tax should the foundation become ineligible. Whether a private foundation wants to sunset after 25 years, seems to be a philosophical question and one in which research shows that the number of foundations pursuing a time-limited strategy has increased by two-thirds since 20207.  The incentive of exemption from the already low excise tax doesn’t seem to provide the impetus to sunset newly formed foundations within 25 years8.

If the Qualified DAF failed to distribute the assets inclusive of investment earnings, within the 15 years, it would be subject to a 50% penalty on the amount not distributed. This seems to be a sizeable penalty for the DAF with no repercussions on the tax deductibility of the donor’s contribution given their failure to recommend qualifying distributions. There is very limited legacy planning afforded for Qualifying DAFs, something that families often take advantage of through their DAF accounts to engage multiple generations in family philanthropy.

Nonqualified DAFs would not be subject to the same 15-year limitation on advisory privileges.  Rather, the donor would not receive the tax deduction for cash donated to the Nonqualified DAF until the funds are subsequently distributed. The tax deduction is limited to the amount of the qualifying distribution with the oldest contributions to the DAF being considered the first to be distributed (i.e. first in, first out).

This same principle applies to all non-cash assets donated to a Nonqualified DAF; the donor is not entitled to the tax deduction until the non-cash assets are sold and a qualifying distribution is made. Although there is certainly the ability for legacy planning using a Nonqualifying DAF, the donor may never be in position to benefit from the tax deductibility of the contribution.

Generally, the potential administrative burden being placed on DAFs seems quite onerous – to track each contribution and the earnings thereon. While I believe that the tax benefits afforded a DAF are a driver when it comes to charitable giving, I do not think they are the driver. However, if the goal of the legislation is to accelerate charitable giving, it may have just the opposite effect prior to enactment, as any donations made prior would be grandfathered and not subject to the provisions of the bill. 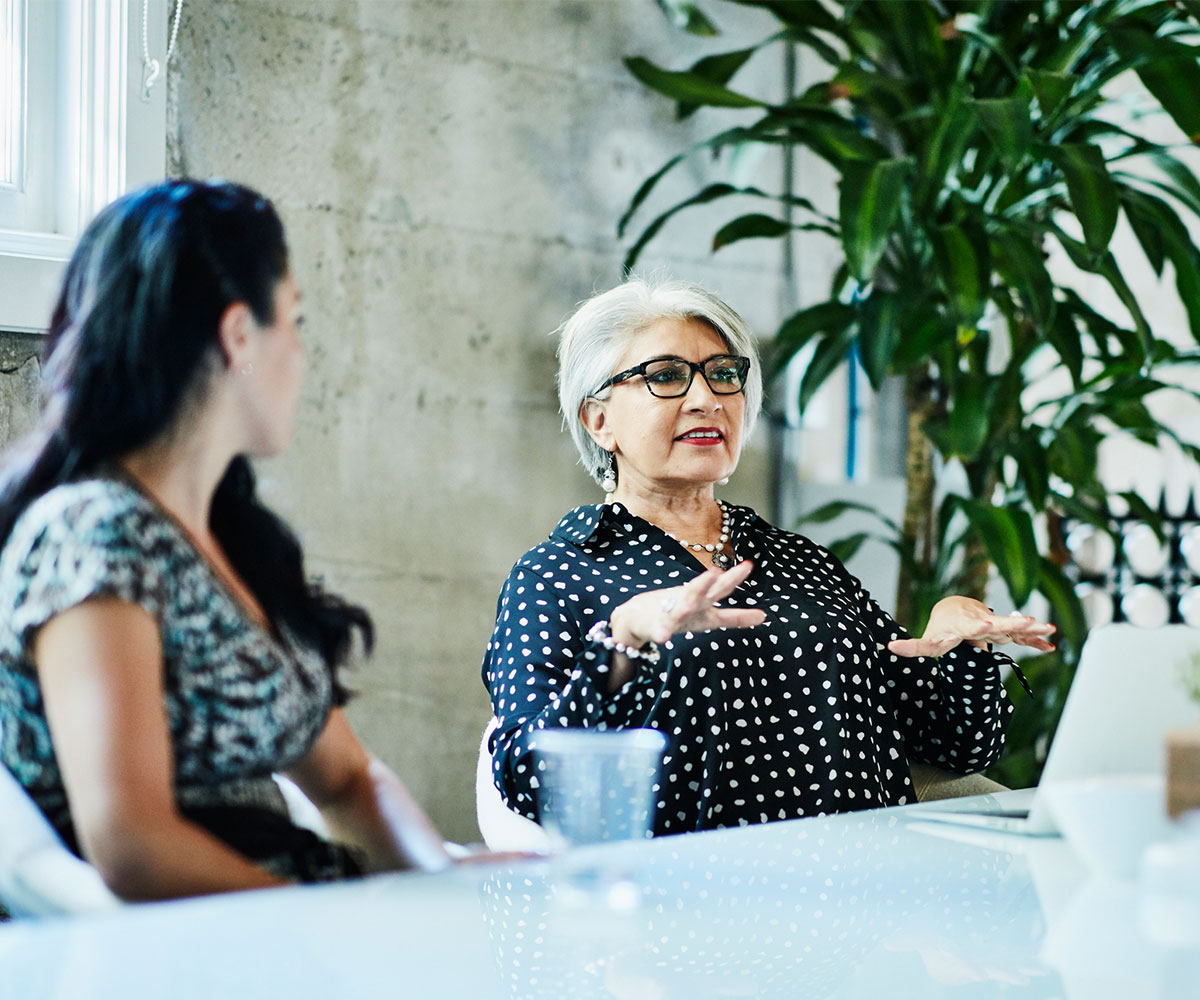 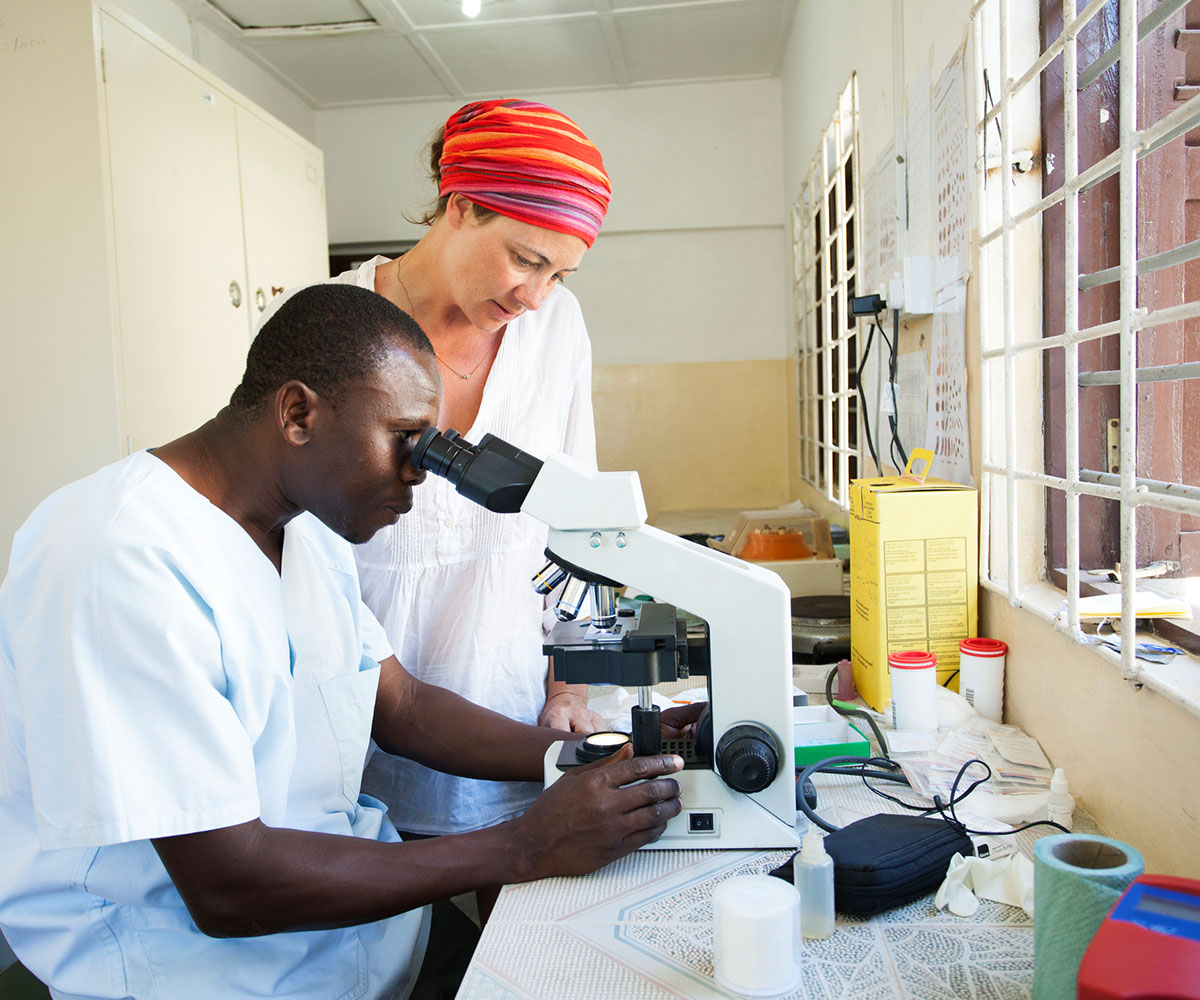 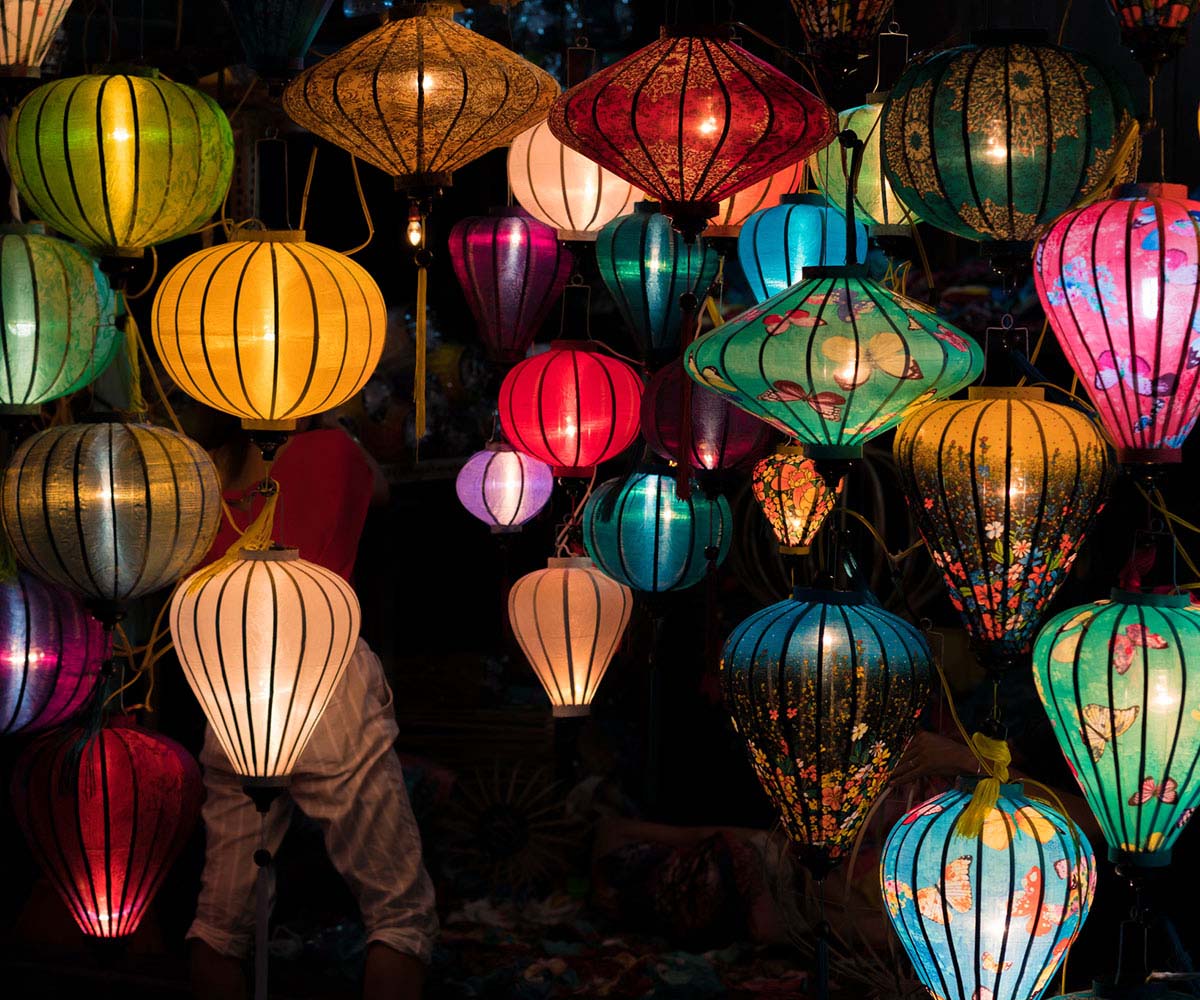 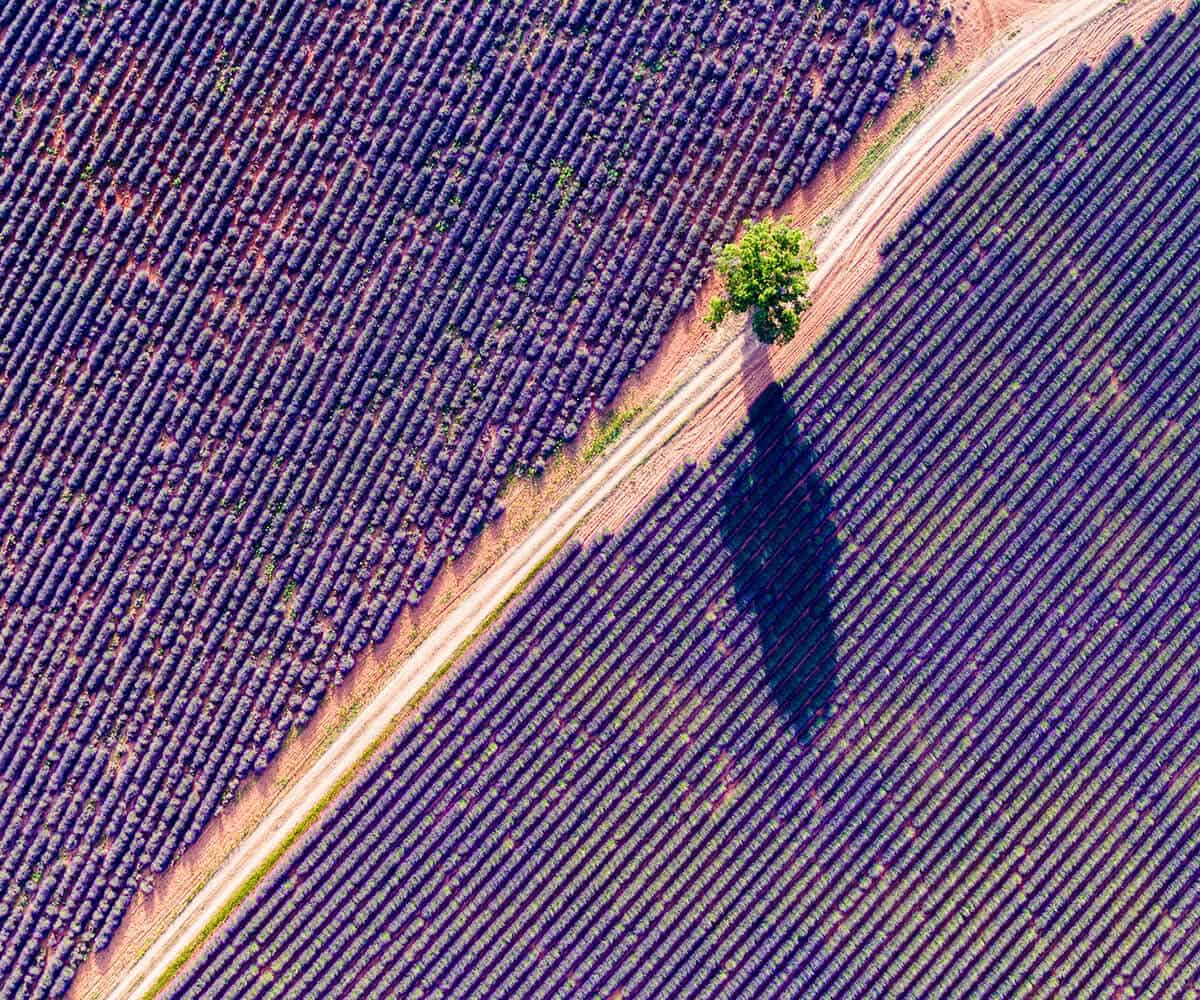 [8] Citi Private Bank and its affiliates are not tax or legal advisers. Clients are advised to obtain independent legal and/or tax advice before entering into any transactions.