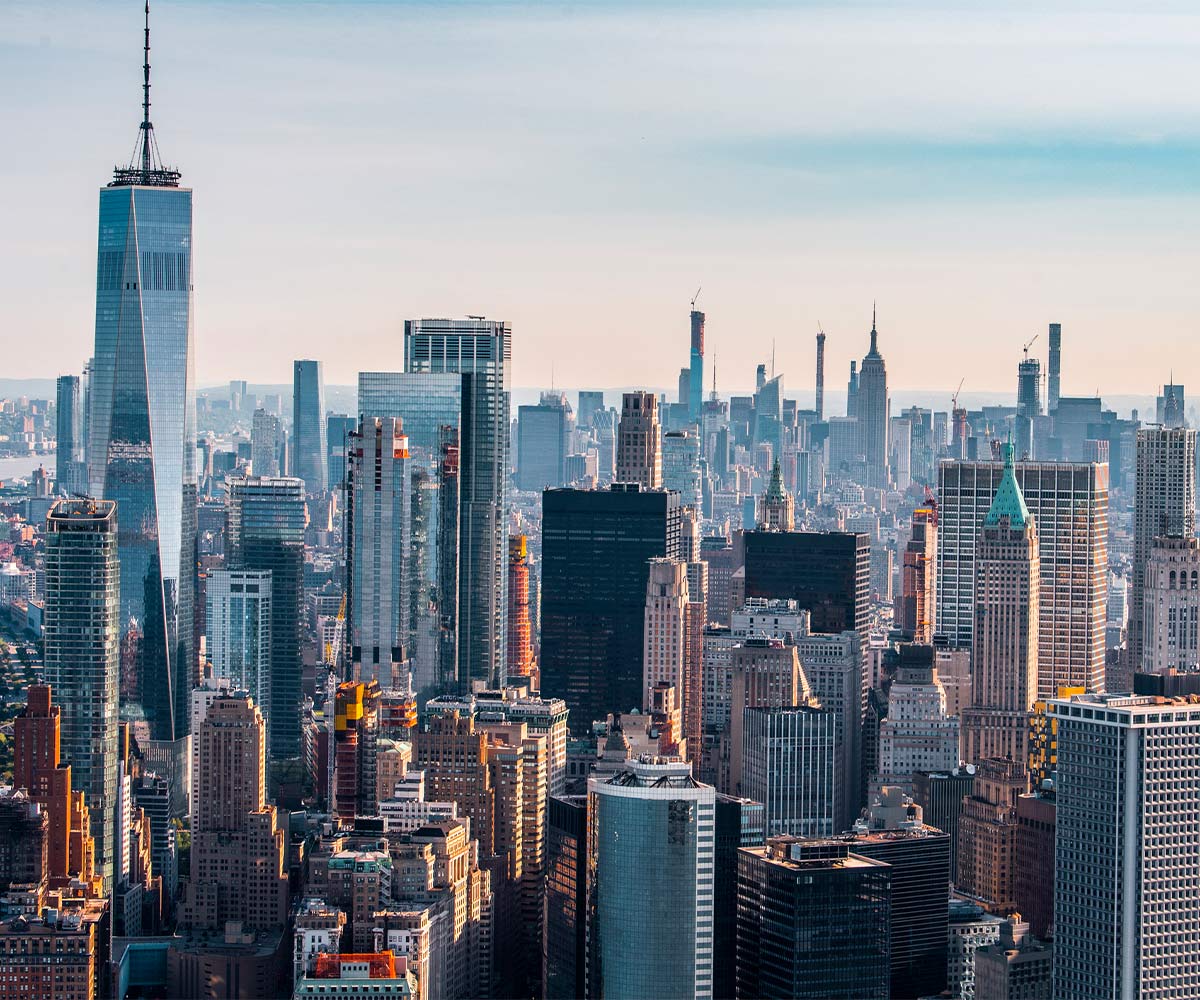 The shape of today's yield curve may present potential opportunities for investors and borrowers with interest rate exposure.

What is the US yield curve really telling us?


The US yield curve has made front-page headlines lately. In March 2019, the yield on the US 10-year Treasury yield dipped below the yield on the 3-month Treasury bill for the first time in twelve years. Investors have often interpreted such inversions of the US yield curve as warnings of future equity market peaks and economic downturns. While we do not entirely dismiss the significance of the yield curve’s recent inversion, we are also not reading too much into it for now. Instead, we consider some of the practical implications of today’s yield curve shape for investors with exposure to US rates.
Figure 1 shows the USD swaps curve, the primary benchmark for pricing and trading US dollar-denominated corporate bonds, loans, and mortgages. The curve is unusually flat now, with all interest rates from 1-month maturity out to 15-years trading at between 2.40% and 2.60%. The more typical scenario is for longer-term rates to be above shorter-term rates, reflecting the greater reward required to compensate investors for taking the additional risk of lending over a longer period.
Figure 1 - today's USD swaps curve

Rather than any signal about the US economy or equities, we see a straightforward message from the flat swaps curve: According to implied forward rates, the projected level of interest rates for the foreseeable future is roughly the same as today’s.

For example, forwards markets project that 3-month US dollar LIBOR may not move outside a range between 2.15% and 2.85% over the next ten years – figure 2. And, since 1-month USD LIBOR and 10-year USD swap rates are trading at roughly the same level, there is no incentive from an interest-rate risk perspective for investors to commit capital for an entire decade rather than just a month. Nor is there an implied additional cost for borrowers to enter into longer-dated fixed rate liabilities.

So, what are some potential strategies for borrowers and investors with exposure to US rates?

Hedging your liabilities
Floating rate liabilities denominated in US dollars – such as margin and other types of bank loans – are typically priced with reference to USD LIBOR. The interest payable on such liabilities thus rises and falls periodically depending on USD LIBOR’s movements. Clearly, those who have taken out floating rate loans are at risk from a rise in USD LIBOR, which would increase the interest payments due on their loan. To hedge would mean removing or reducing the uncertainty around those interest payment cash flows.

Fixed to floating
For floating rate borrowers, therefore, today’s flat yield curve may present an opportunity to lock in a certain interest rate for an extended period. The cost of a fixed rate loan is very similar for either a 1-month or a 10-year term. At times, in fact, certain longer rates may be fixed below current 1-month USD LIBOR levels.

An interest rate swap represents an exchange of floating rates for a fixed rate, set for the full tenor of the swap. This would fix the floating rate component of any related liability for several years to come and eliminate uncertainty over the interest payments that are payable during the life of the swap.

Interest rate caps
A further possibility for floating rate borrowers seeking to hedge interest rate liabilities are interest rate caps. The buyer of a cap receives a payment at the end of each period where the interest rate exceeds an agreed level, such as LIBOR being above 3%. The payments received can help to offset any increased loan interest payments resulting from the rise in LIBOR. The forward curve - figure 2 - says that short~term interest rates are not likely to rise much. 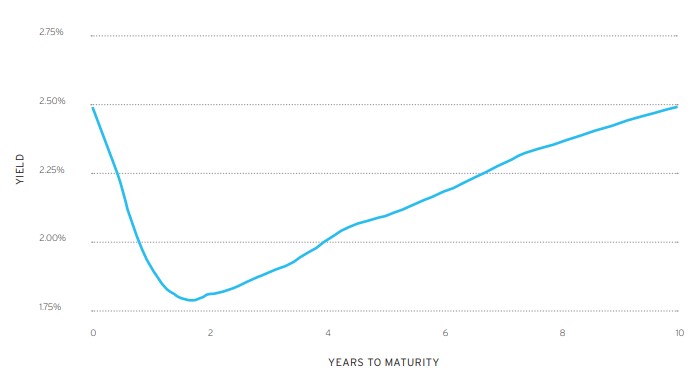 
Extending existing hedges
For those who intend to keep using leverage at all times, a further possibility is to extend existing interest rate hedges. Because of the current flatness of the yield curve, interest rate hedges can be taken out longer for without paying much of an interest rate premium. Interest rate swaps for three, five, and seven years are all currently priced at very similar levels below 2.50%, illustrating the lack of additional cost for longer tenors, normally associated with a positively sloped yield curve.
Another opportunity for such long-term users of leverage is to hedge refinancing risk: that of having to pay a much higher rate of interest when the time comes to roll a loan over. For example, you may have an existing loan that will mature and you plan to roll over at a fixed rate a few years from now. The risk would be that longer-dated interest rates rise between now and the refinancing date, which would raise your refinancing costs. Strategies for such a hedge could be implemented by using forward starting swaps and other interest rate options.

Hedging your assets' interest rate exposure
In theory, the price of every financial asset in the world is exposed to movements in interest rates. However, assets whose future cash flows are most predictable or indeed entirely fixed are more sensitive to changing interest rates. Long-term bonds are the most obvious example, but other income-yielding assets such as commercial real estate and utility companies are also examples.
For bonds that pay fixed coupons – as well as portfolios of such bonds – the measure of interest rate risk is duration. It expresses how much the price of a bond is likely to move when there is an up- or down parallel movement in interest rates. The higher the duration figure, the more sensitive the asset price will be to rate changes.
If you are concerned that rising rates will lower the value of certain assets you own, there are strategies available for reducing or neutralizing their duration. Interest rate swaps and options can help offset your fixed income securities’ exposure to interest rate movements. Essentially, you can add a portfolio overlay that provides negative exposure to interest rates, which would gain in value should long-term rates rise and thus bond prices fall.

More traditional strategies for managing interest rate risk in your fixed income portfolio include owning combinations of securities of different maturities. A ladder strategy, for example, involves owning various bonds from across the maturity spectrum, which can help lower your overall exposure to any given point upon the interest rate curve. A barbell strategy focuses on owning both short- and long-term maturities – with their lower and higher interest rate risk respectively – while not owning intermediate-term maturities.
In today’s environment, even though the interest rate curve is flat, credit curves are upward sloping – figure 3. This means that longer-dated corporate bonds should be paying higher yields than shorted-dated corporate bonds of the same quality from the same issuer. You can thus seek higher yield in your portfolio by investing in longer-dated fixed income assets, while managing your overall portfolio’s interest rate exposure by using interest rate derivatives. This not only applies to corporate bonds currently, but also to municipal bonds.

Figure 3. Not all yield curves are flat at the moment

Manage your interest rate exposure now
Managing the interest rate risk on your assets is a somewhat different decision to hedging your liabilities. It requires more of a trading mindset, also assessing your assets’ other drivers as you seek to protect their value against interest rate movements or trying to maximize returns by taking a longer view on credit spreads.
However, whether you have interest rate exposure on your assets or on your liabilities – or both – we believe that today’s flat yield curve environment creates various potential opportunities. If you would like to discuss your specific circumstances today, our Capital Markets specialists stand ready to help.
Share this article:

The beginning of the end of easy money
David Bailin - Steven Wieting
The period of free money policy is coming to an end as the drop in US and global COVID infections suggests the time to give an early warning of tapering is now. Therefore, the very strongest equity market returns from the COVID crisis period may have passed. But we still urge investors to allocate for opportunities in the new post-COVID economy that lies ahead.
Learn moreabout The beginning of the end of easy money 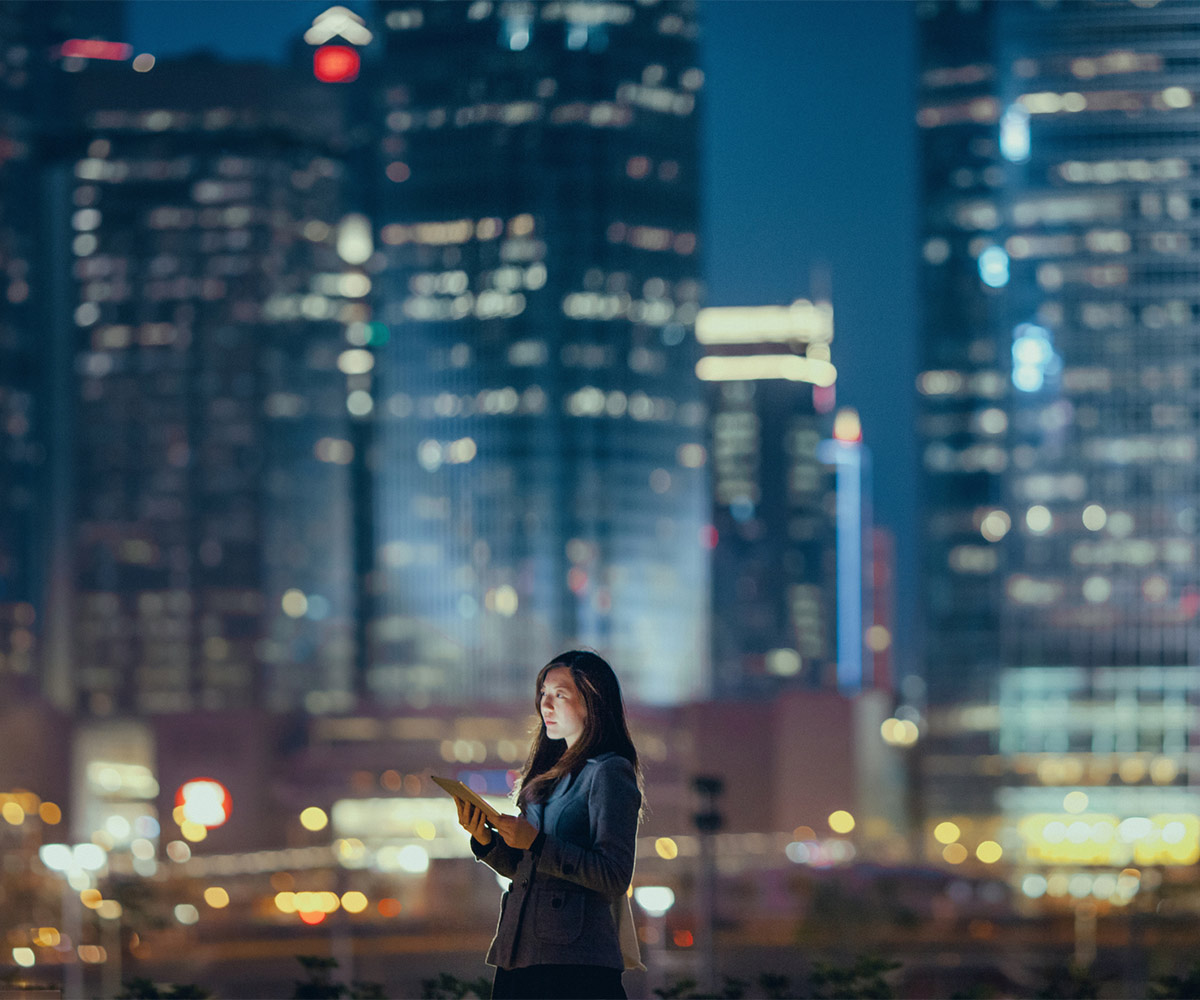 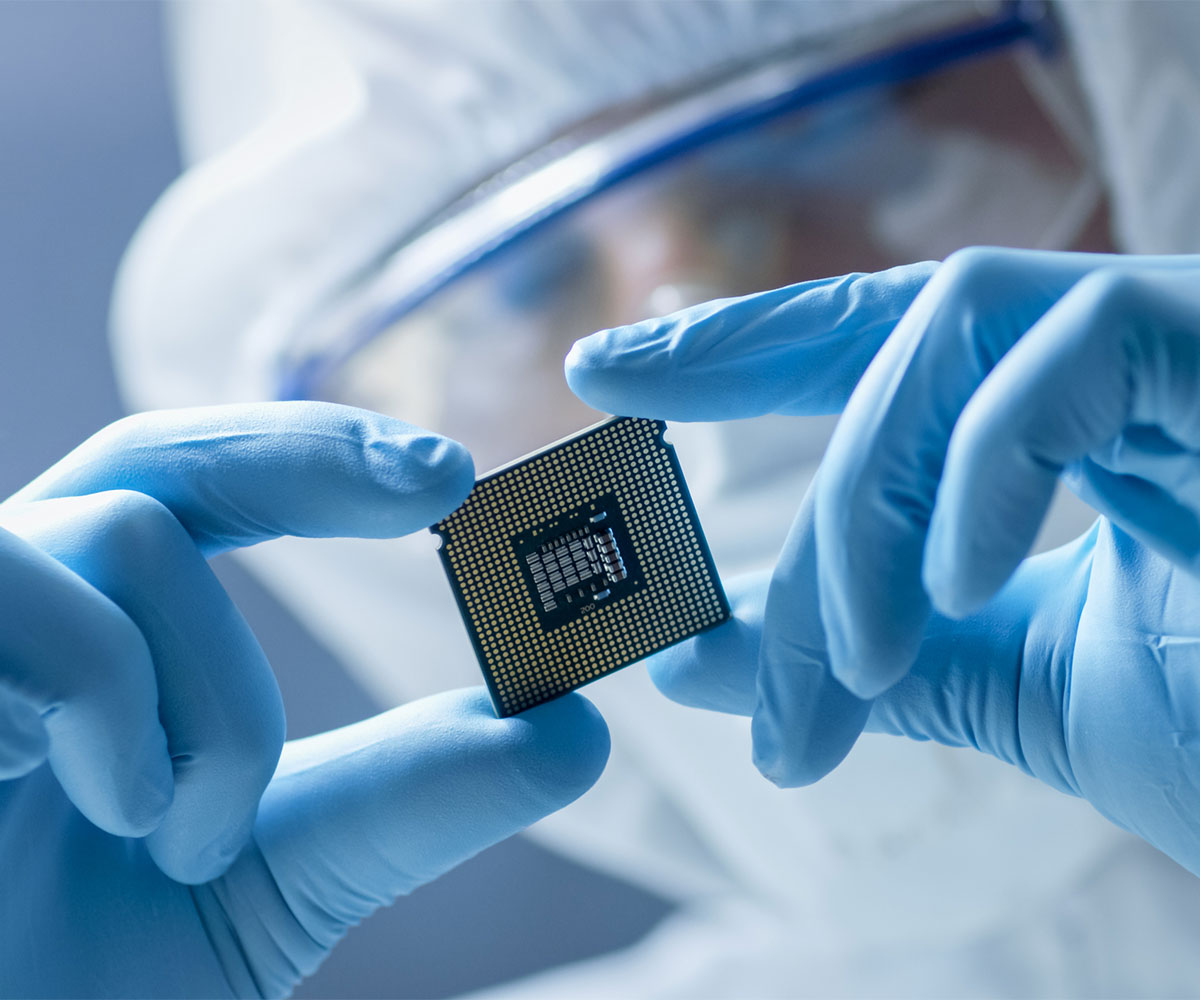 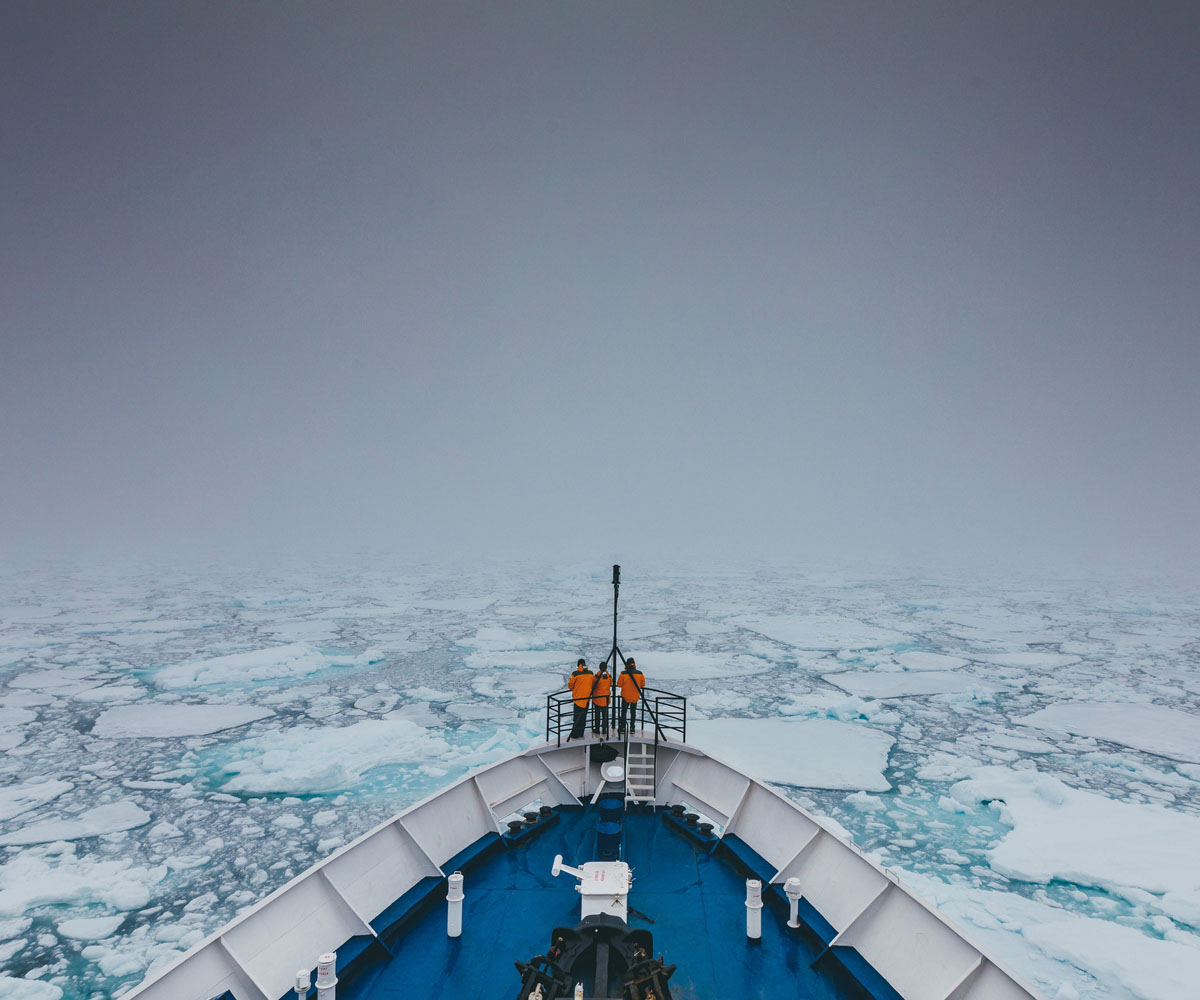 The views expressed herein are for informational purposes only and are those of the author. They do not necessarily reflect the views of Citigroup Inc. All opinions are subject to change without notice.

In any instance where distribution of this communication (“Communication”) is subject to the rules of the U.S. Commodity Futures Trading Commission (“CFTC”), this communication constitutes an invitation to consider entering into a derivatives transaction under U.S. CFTC Regulations §§ 1.71 and 23.605, where applicable, but is not a binding offer to buy/sell any financial instrument.

This Communication is prepared by Citi Private Bank (“CPB”), a business of Citigroup, Inc. (“Citigroup”), which provides its clients access to a broad array of products and services available through Citigroup, its bank and non-bank affiliates worldwide (collectively, “Citi”). Not all products and services are provided by all affiliates, or are available at all locations. CPB personnel are not research analysts, and the information in this Communication is not intended to constitute “research”, as that term is defined by applicable regulations. Unless otherwise indicated, any reference to a research report or research recommendation is not intended to represent the whole report and is not in itself considered a recommendation or research report.Interest rate swaps are not suitable for all investors. Investing in interest rate swaps is intended only for experienced and sophisticated investors who are willing and able to bear the high economic risks of such an investment. Additional information can be found in the contract for each respective swap transaction described herein. Investors should carefully consider potential risks before investing in swaps.