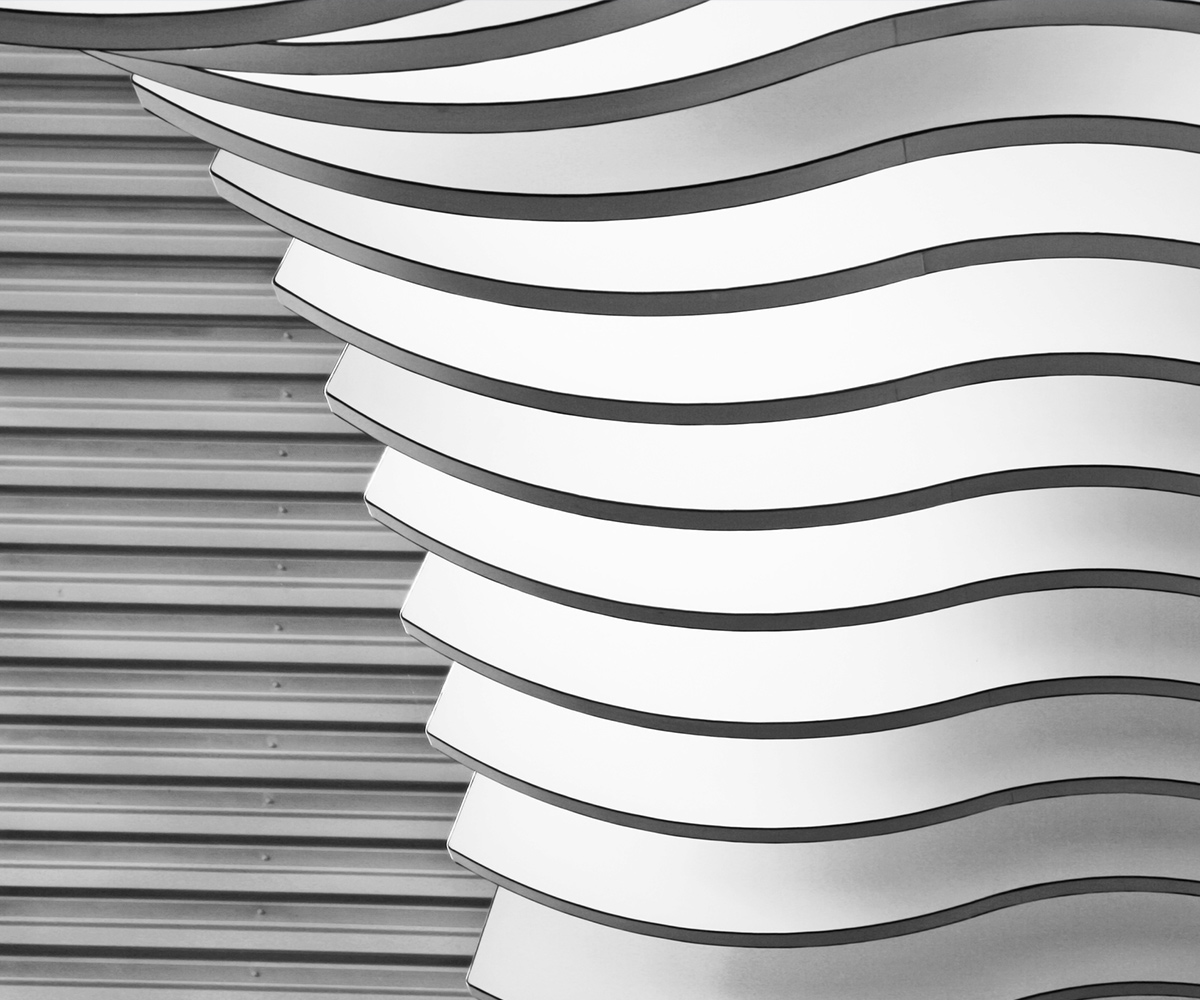 Our latest research and charts paint a picture of an economy poised to weaken. The first four charts are signposts that portend a recession, although not necessarily a deep one. The fifth chart illustrates the market recovery that could occur later in 2023, presaging an economic recovery in 2024.

Our goal in providing these “chart vignettes” is to showcase the data that supports our current guidance for core portfolios.

The US yield curve has inverted definitively (See Chart 1 in PDF). In 90% of cases since 1960, an inverted curve was followed by a US recession with a long and variable lead time, but with an average of 10 months. This time, it is the result of the Fed pushing up short-term interest rates sharply while reducing bond holdings across all maturities. Higher yields provide an inducement for money to be invested short term rather than to be used for consumption or capital improvements for the future.

In both 2018 and in the past year, the Fed argued that reducing its bond holdings would result in upward pressure on interest rates as private investors would need to step in. Federal Reserve Bank of Kansas City President Esther George said: “asset purchases aimed to depress long-term rates... the roll-off of these assets (Quantitative Tightening) is likely to put some upward pressure on those rates, possibly steepening the yield curve.”

Comparable to 2018, the Fed has already reduced its bond holdings by about $260 billion, but the yield curve has shifted downwards, the opposite of Fed predictions. US 10-year Treasury yields fell by almost 50 basis points over the past month.

The fact that rates have fallen even as the Fed has reduced its balance sheet sends a negative market signal. It means the probability of a recession has increased as borrowers will have to compete for scarce capital at a higher cost while the Fed reduces lending to the bond market. Inflation is deflating. Why is the Fed so strident?

Inflation is a phenomenon of money. When there is too much money to purchase goods and services in excess of their supply, consumer prices rise. US broad money supply growth has slowed from a 28% rate in early 2021 to just 2% over the past year. It has actually contracted outright since March 2022. That’s bad news for growth, but good news when it comes to future inflation. As Chart 2 (see PDF) shows, historically the growth of money leads inflation by two years and points to a sharp slowing in inflation through 2024.

Federal spending fell by 11% in 2022 to date. This was because of a one-time drop in pandemic support that is over now. With the Fed now tightening sharply, banks are raising lending standards broadly. Private companies are only borrowing if they need to. Securities issuance is falling. Home sales have plunged as US mortgage rates more than doubled. We think other sources of both credit demand and supply will likely shrink further.

Even in the face of falling money supply and slowing credit growth, the Fed will take note of meaningful growth in commercial loans and consumer credit. These are both components of the Index of Lagging Economic Indicators. This lagging data may encourage the Fed to keep tightening and maintain higher rates for longer. To have a soft landing, the Fed would need to look forward – not backward. Believe in the “Lag Effect”

Bond investors feel pretty sure about a decline in inflation, in spite of solid employment data. US employment just grew by 261,000 in October, faster than the trend growth rate of labor supply.

How do we explain this? It is the “Lag Effect.” It simply takes more time than people expect for economic activity to reflect changes in economic policy. Most of the economic impact from the Fed’s 400-basis point rate hikes of the past nine months will be felt in 2023.

As Chart 3 shows (see PDF), there’s a difference between a home sale and the housing output in GDP. So far, new single-family US home sales have fallen 41% from their late-2020 peak. In contrast, new home completions – projects still under construction – have fallen just 4%, so far. That’s why new residential construction jobs have not seen a decline – yet. (Home resales, or “turnover,” have dropped 33% with further declines likely.)

Sorry to report, the Bear Market isn’t over

The world moves ever faster. Like technology itself, markets seem to adjust ever more quickly. In 2020, US shares plunged more than 30% and rebounded 30% -- all within the space of just three months. The US also experienced the shortest recession in history over that time. With markets moving so fast, is it possible the market is accurately discounting an economic recovery beyond the likely recession we foresee?

While it would be nice to believe that the discounting ability of markets is both faster and wiser, this seems unlikely to us. Discounting an unknown pace of recovery before seeing the start of recession seems implausible. And it also contradicts historical patterns.

If there is a US recession, history suggests we haven’t touched a market bottom yet. No equity bear market associated with a recession (a drop of 20% or more) has ever ended before the job and profit declines associated with it have even begun (See chart 4 in PDF).

The coming economic slowdown – driven first by shortages and inflation, but soon by the Fed itself – is very different from the Covid shock. To defy historical precedent, the Fed would have to pause rate hikes sooner and indicate that it has made meaningful strides in bringing down inflation, steps it has yet to signal.

Bull and bear markets are two sides of the same coin. They both reflect unsustainably strong or weak conditions in the economy. Once markets bottom following a bear market, the returns on US equities have tended to be much stronger than average. For the past century, the median 12-month return from a bear-market bottom has been 37.1%, the average 45.5% (See chart 5 in PDF).

There may be even more good news. Like good comedians know, timing is everything! Investors don’t have to wait for the economy to recover before equity markets gain. As Chart 4 above shows, equity markets tend to bottom halfway through an economic contraction on average. In some cases, rebounds have occurred earlier. Just as markets are leading the economy lower in 2022, we expect markets to lead the US and world economy out of a slump beginning some time in 2023. 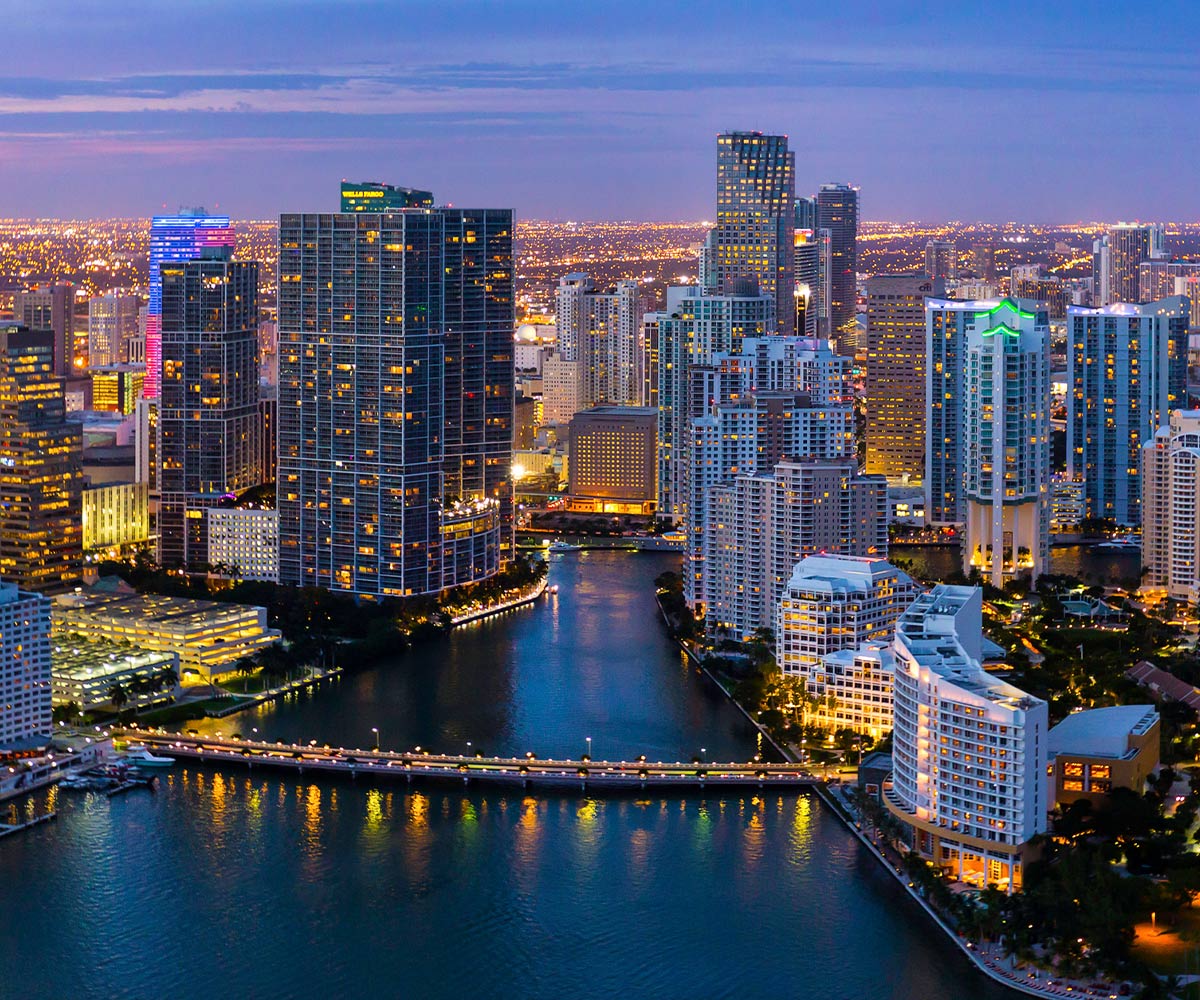 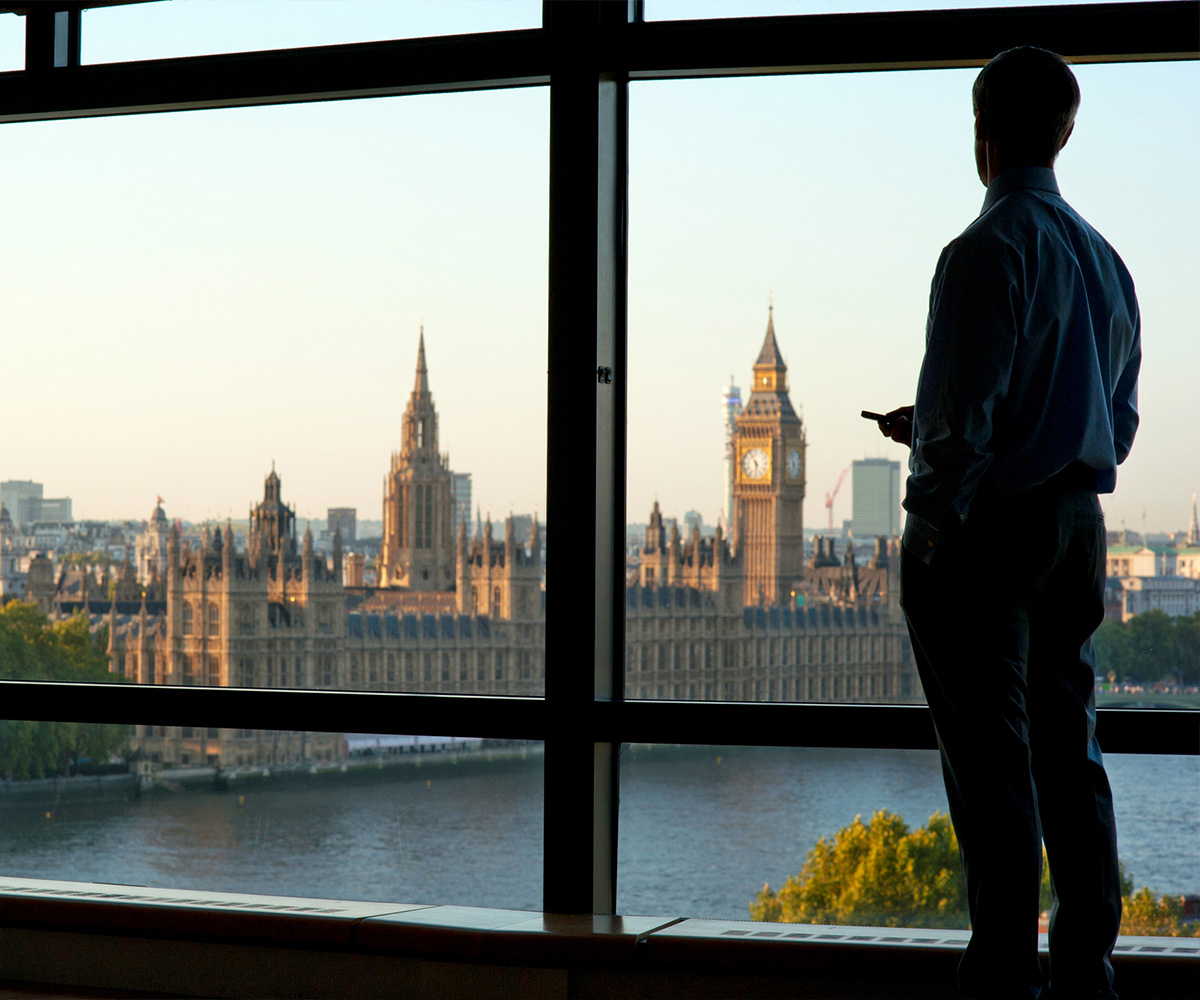 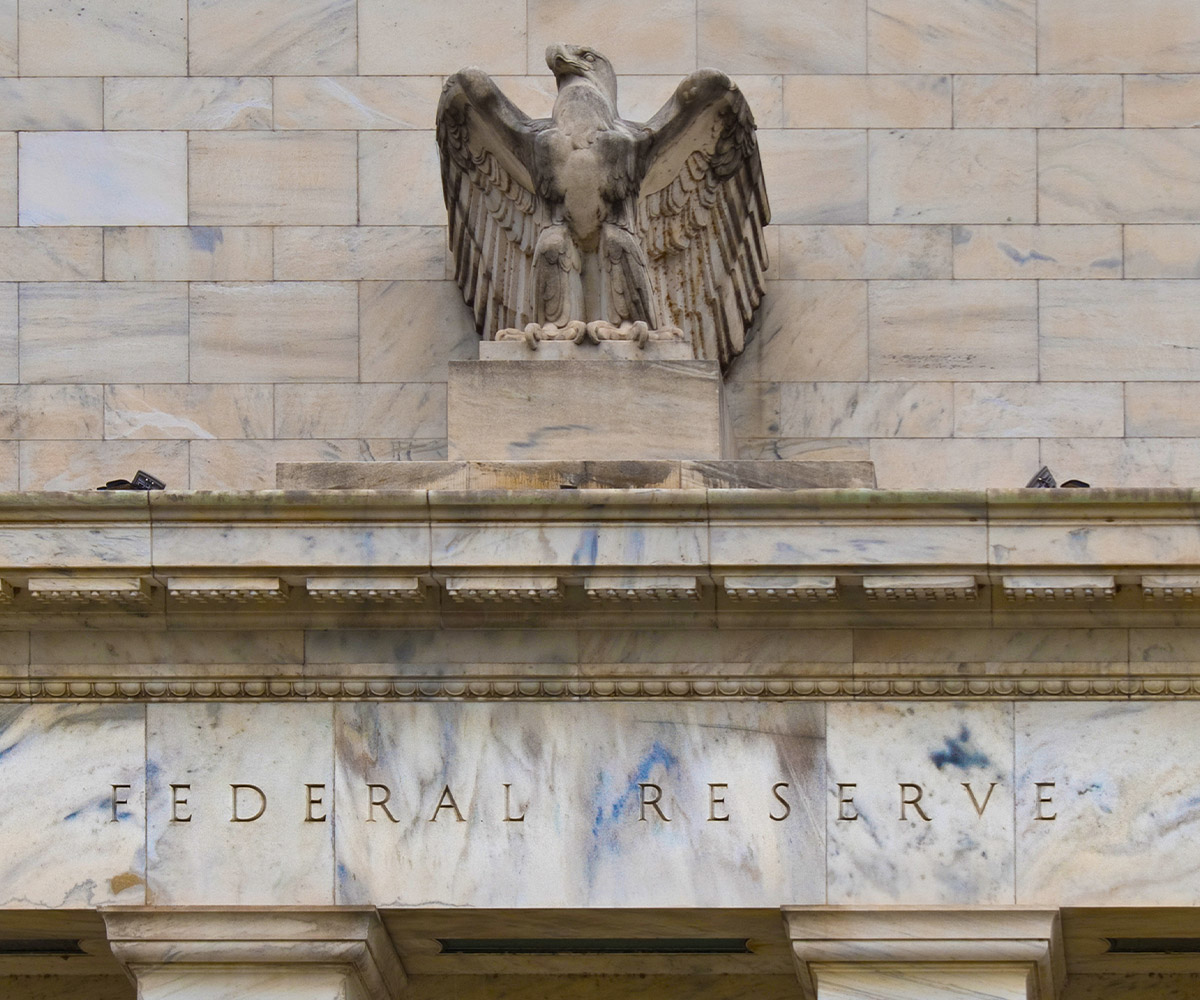