5 takeaways after a bounce off the lows 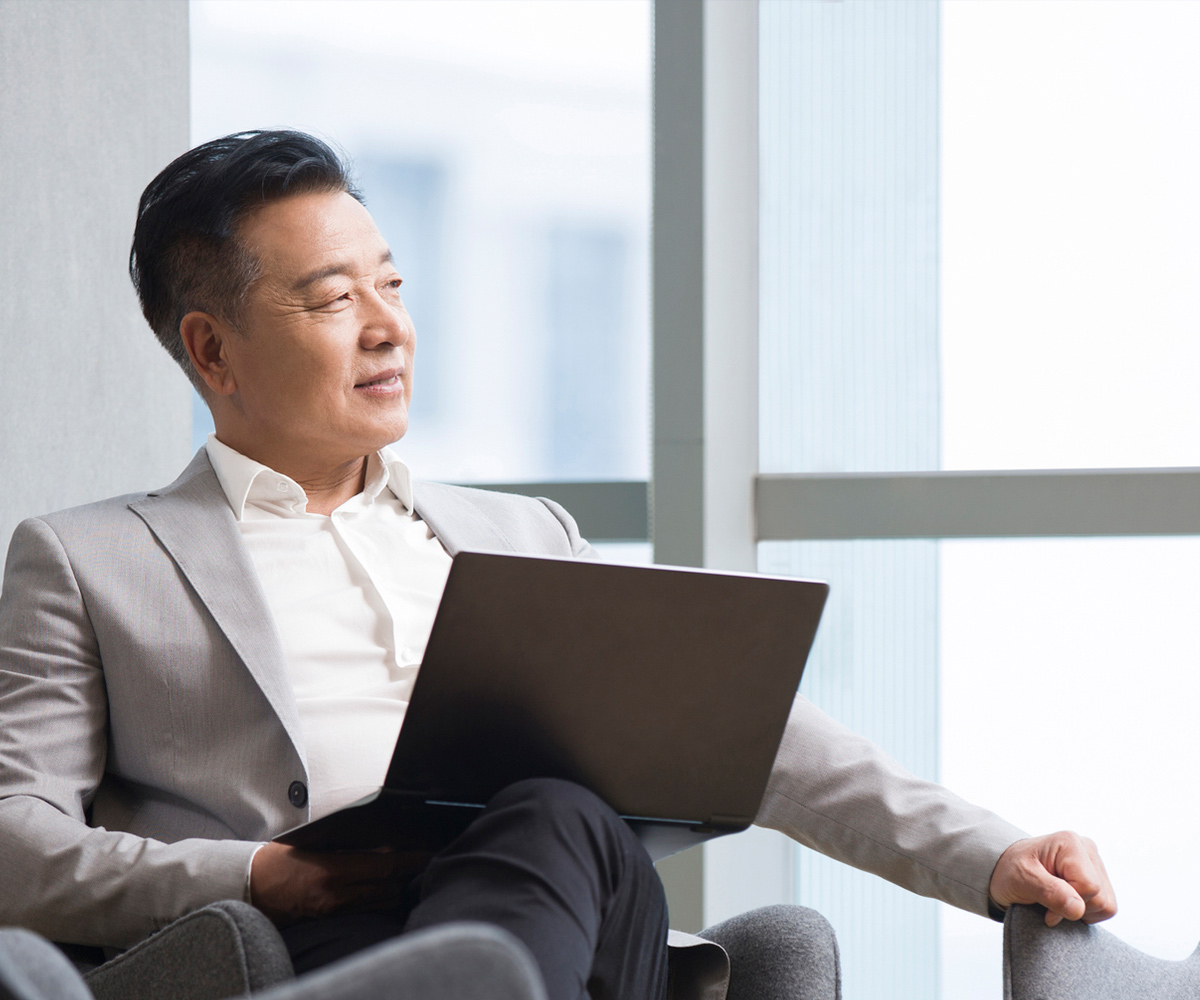 The double-digit rally in global equities over the last few weeks reflects market relief following a headline minefield and a sizeable cohort of investors caught on the wrong side of the moderately positive news flow. Here are our 5 takeaways from the recent bounce off:

If a brutal first half for returns in stocks and bonds wasn’t enough evidence of investor pessimism, we show just how bearish institutional and individual investors had gotten in Figures 1-2 (see PDF). Net shorts in US equity futures reached their most extreme level in over 10 years a few weeks ago, while retail sentiment has been deeply pessimistic since March.

A strong dollar and rising interest rates have also contributed to the dour mood thus far in 2022. It is only in this pessimistic context that we can analyze the good news of the past few weeks. It is true that Russian gas is once again flowing to Europe, though at 20% capacity this is far from a glut of energy supply that Europe can hoard ahead of the winter. Similarly, US companies have beat expectations thus far in earnings season, but to a smaller degree than the typical surprise. And the Fed’s shift to data dependence is only dovish if one expects inflation to fall quickly back to the central bank’s target. While we don’t ignore the subtle tone shift delivered by Fed Chair Powell at his July press conference, the Fed is still very much in tightening mode with nearly 100bps of hikes priced in by year-end all while reducing the size of its balance sheet by $95bn per month on auto-pilot.

2. Negative earnings revisions are finally picking up, but estimates are likely still too high

For much of the year, we have highlighted that consensus earnings forecasts are too high in the context of a decelerating global economy. While still higher than our estimates, we did see analysts sharply revise their models in the weeks leading up to earnings season (Figure 3. See PDF). This behavior is typical nearly every quarter, but the magnitude of downgrades in July has been much more significant than usual (Figure 4. See PDF).

Estimates for the second half of the year are also moving lower, with 3Q profits revised from +11% to +8%, while 4Q has seen similar downgrades. Next year’s profits are still expected to rise 8% according to consensus, versus our expectation for a modest decline of 2-3% if recession is avoided. In a recession, that profits weakening would likely be even more severe, especially among cyclical sectors that have seen the strongest growth over the past 4 quarters. While markets are likely to shift focus back to macro data ahead of the September FOMC meeting, we look for this earnings downgrade cycle to continue in coming quarters.

3. Companies are not guiding for a recession, but many are preparing for one

Much like the Fed meeting, 2Q earnings season has given both bulls and bears something to hang their hats on. With reporting from over half of the S&P 500 behind us, we can begin to draw some conclusions about the state of corporate profits in an uncertain environment. Many equity bulls were hoping for a kitchen sink quarter, where firms release all their bad news at once while sentiment is already poor and expectations low. While we see this behavior from a handful of struggling companies in every earnings season, there has certainly not been a sense of impending doom across the board, with 78% of firms beating estimates so far and few large companies slashing guidance for the second half of 2022.

That said, many firms seem to be preparing for a more uncertain environment ahead. Plans for new capital expenditures, a key driver of economic and profits growth, have been trimmed while some firms have announced modest layoffs (Figure 5. See PDF). Big box retailers see a very challenging operating outlook through the rest of the year as they work through bloated inventories of items customers no longer want. Meanwhile, the production side of the economy still shows very strong growth, with energy, industrials and materials all delivering profits growth of 280%, 30% and 18% respectively in 2Q. That said, if US consumption continues to slow along with employment growth, this would likely have upstream effects on global suppliers of popular consumer goods.

Banks reported deeply negative earnings this quarter, largely a reflection of reserve building in case loans go bad in the coming quarters. As large financials batten down the hatches, more restrictive lending standards have implications for the rest of the economy as lower-quality businesses will face higher borrowing costs and less access to capital going forward. Tighter lending standards tend to lead a slowdown or drop in future earnings (Figure 6. See PDF).

4. Bear market rallies of this magnitude are normal

We see the path for equities as somewhat binary from here, and we therefore maintain a neutral allocation in diversified portfolios with a bias towards quality given the significant uncertainty ahead. While we do not expect a deep recession, we feel that it is premature for investors to assume we quickly rally back to all-time highs. Even if equities are currently fairly valued for a soft landing scenario, they are certainly not reflecting our 40% chance of a more meaningful earnings contraction that could come from a mild recession in late 2022 or 2023 (Figure 7. See PDF).

A double-digit rebound off the June lows does make a lot of the swirling bad news feel more manageable. But in the same way that investors can get caught up in the negativity on the way down, the urge to chase a strong rally is equally pernicious. (Figure 8. See PDF) provides some historical context from previous bear markets over the last 70 years, though admittedly this exercise only works with hindsight. Just like markets don’t move in a straight line higher during bull markets, bear markets see plenty of reversals to the upside along a broader trend lower. Compared to previous downturns, the 12% rebound since mid-June is within the realm of a normal bear market rally. In fact, in both 2002 and 2008, markets bounced over 20% from previous bottoms before eventually making new lows later on.

5. As nominal demand slows, stick to sectors with stable earnings and pricing power

Corporate revenues are of course earned in nominal terms, so they typically benefit from elevated inflation. Indeed, sales growth is on track to rise 12% in Q2, fueled by inflation running in the high single digits. In 2021, a strong demand backdrop enabled firms to fully pass on rising input costs directly to the bottom line. In 2022, with fiscal effects fading while labor, shipping and fuel costs remain high, S&P 500 earnings have grown at a slower pace than sales. Profit margins have therefore steadied, though with significant variation at the sector level (Figure 9. See PDF).

Looking ahead, we see potential weakness in global producers of consumer goods, as retailers face an inventory glut in apparel, PCs, and household durables that could lead to fewer orders and worsening pricing power for their suppliers. While the backdrop within consumer discretionary is broadly challenging, navigating the technology space is more nuanced. We continue to like digital staples, which include providers of critical enterprise software like cyber security as well as larger platform companies with diversified revenue streams and dominant pricing power. After a few years of expanding lead times, we are somewhat more wary of semiconductor and electronics manufacturers globally, whose earnings tend to be the most economically sensitive within IT.

We also continue to prefer a quality, value-driven approach when allocating within healthcare. High-margin companies in durable sectors like global pharma have a track record of maintaining remarkably stable levels of profitability even in recessions (Figure 10. See PDF). On the other hand, smaller and more speculative biotech and healthcare technology ventures face a challenging backdrop as growth financing pulls back in both public and private markets. In the middle of the growth-value spectrum are medical equipment manufacturers and providers, which should still benefit from a post-COVID recovery in elective procedures but face headwinds from rising labor costs (especially at hospitals) and higher financing rates.

One risk to margins we are watching is the potential impact of a 15% minimum tax on US corporations. While details of pending US legislation are opaque, passage far from guaranteed, and the enforcement mechanism unclear, markets had completely written off potential changes to the tax code after previous attempts failed earlier this year.

We identify 89 large cap US companies which may be subject to a minimum tax, based on accounting results over the past 3 years (Figure 11. See PDF). This list tends to skew towards mega-cap technology and pharma names, which have historically taken advantage of favorable tax treatment for R&D and investment expensing to lower their tax bills. We don’t see this relatively modest tax proposal as existential to our favorable view on these sectors overall, but it could have a more significant impact on certain firms who have gotten away with little to no taxation under the current tax regime. 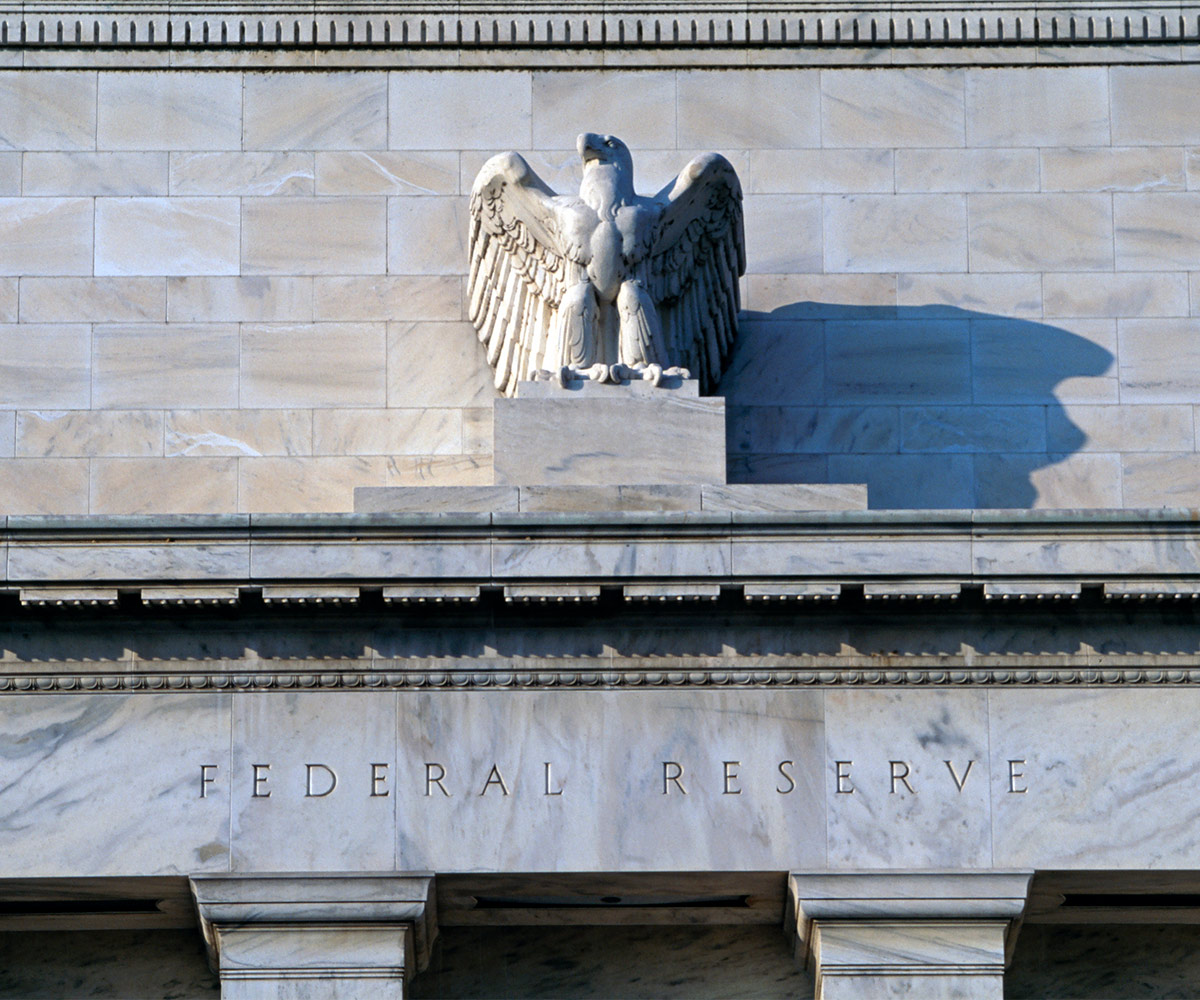 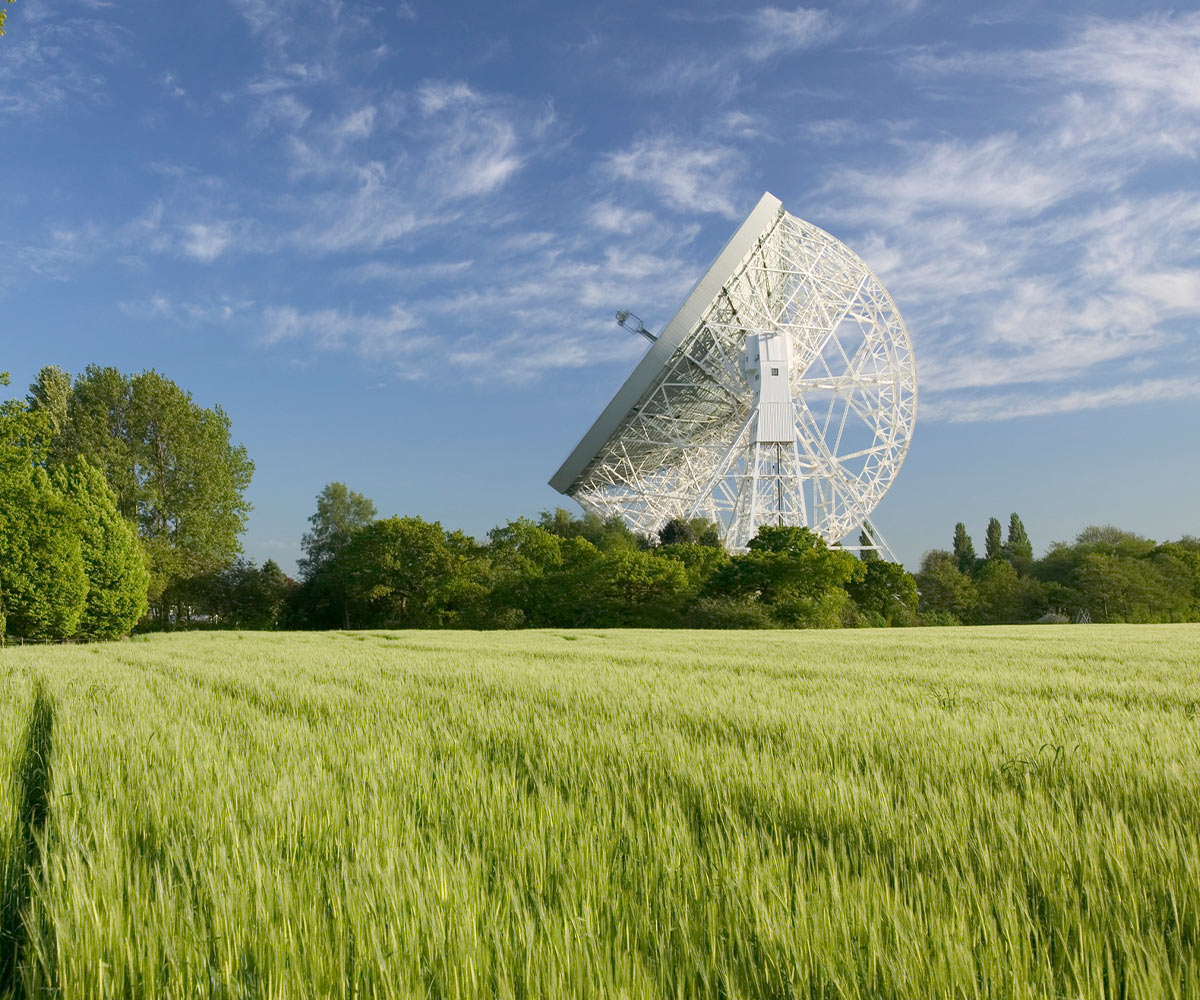 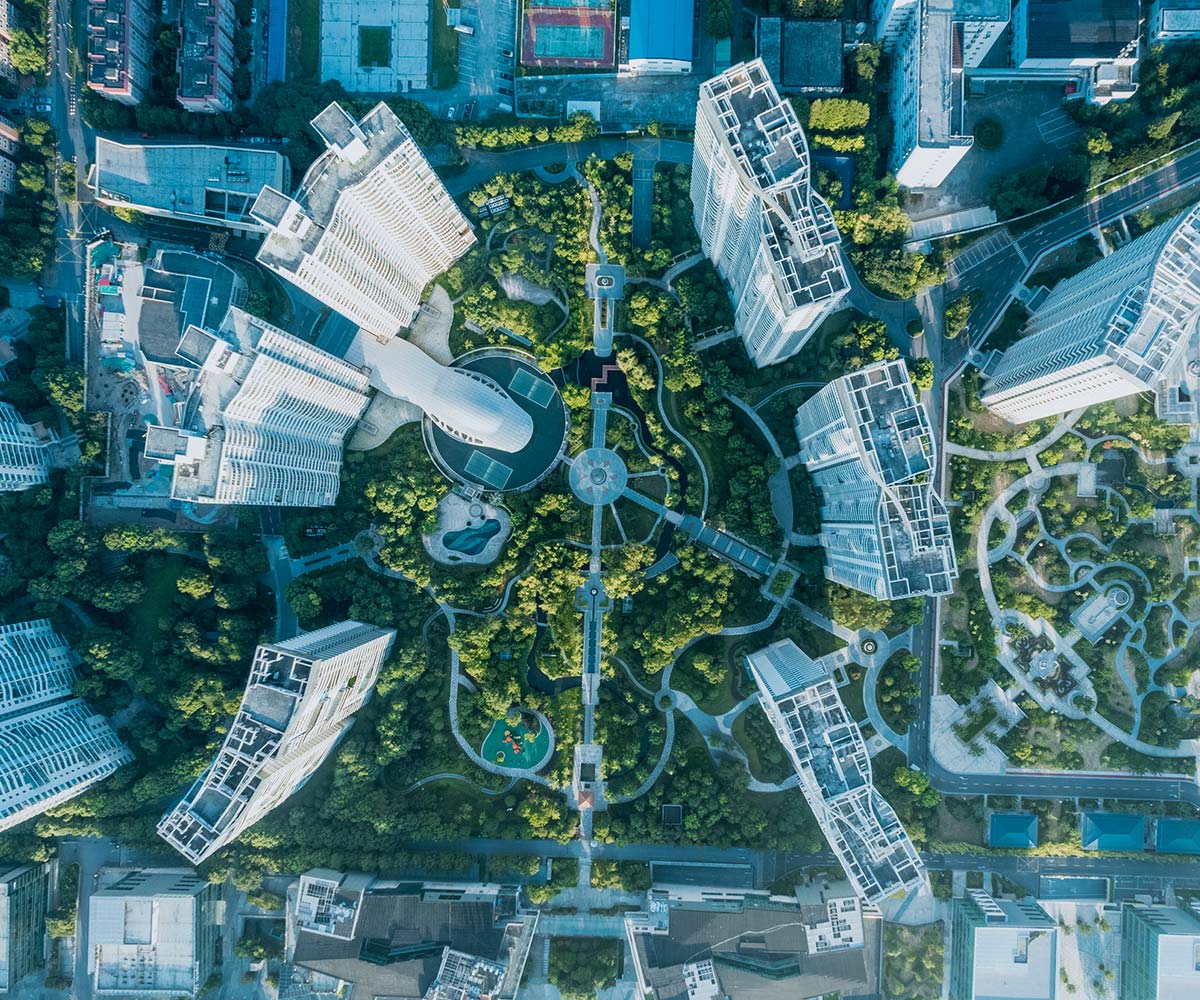 Would you like to discuss how we could serve you?