The spark that ignites an agriculture revolution 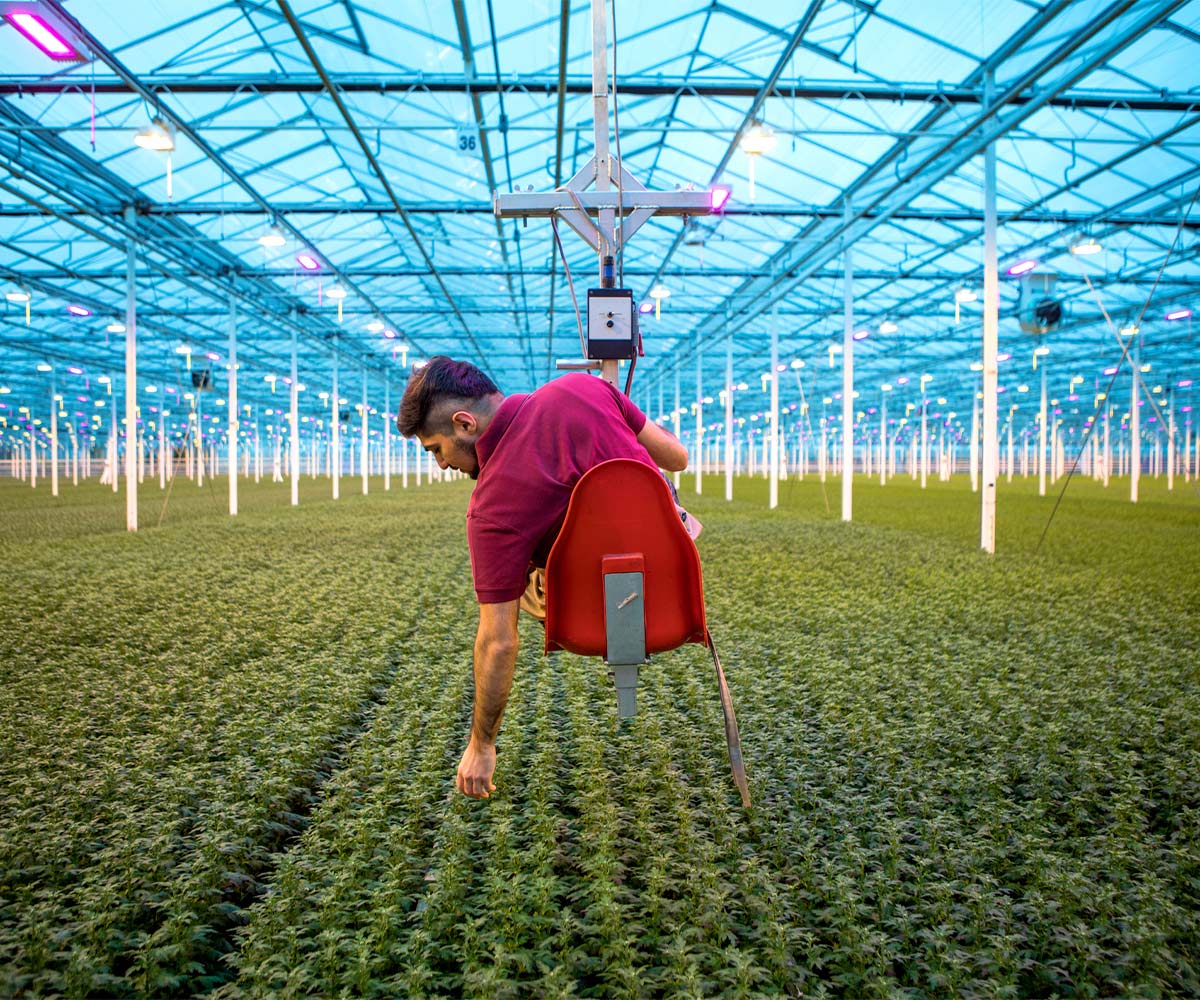 Investment in technological innovation is the key to establishing more sustainable agriculture production that optimizes inputs and maximizes yield without polluting the environment. The commodity price shocks we are witnessing in the wake of the war in Ukraine may well provide a much needed spark in innovation.

The war in the Ukraine has disrupted fuel, fertilizer, and agriculture production and prices – threatening food security in many of the most vulnerable locations around the world. A looming global food crisis is shining light on the messiest of businesses – fertilizer production and use.

To a large degree modern agriculture is constrained by the availability of fertilizer which is most often derived from the world’s limited supply of nitrogen whether in the form of compost, ash or chemically created ammonia. As the world exists today, there are no perfect solutions for the nitrogen problem – only less bad options – and countries are taking a hard look at how they feed themselves. Increasingly there are glimmers of hope for a millennia old problem. (Figure 1: Generic wheat futures price before the Ukraine conflict and as of June 13, 2022, Figure 2: IMF global fertilizer price index in PDF)

Fertilizer may increase crop yield in the short term; however, it intensifies food insecurity in an uncertain world over time. The conflict between Russia and Ukraine – two of the world’s essential agricultural production hubs – is posing one of the most serious threats to global agriculture and food security to date. The price of fertilizer is at a record high while countries scramble to boost agriculture productivity.

Investments in sustainable food and agriculture solutions have the potential opportunity to not merely profit from the inevitable changes in how the world produces food and feeds itself, but also remove some of the pressure that could contribute to future conflicts. Our response to today’s global food security crisis can be nothing less than revolutionary.

An enduring challenge for human civilization

From the dawn of agriculture until 1905 the quantity of nitrogen available for agriculture has been limited by the amount that is available in plants and minerals on the earth’s surface. Additional nitrogen has always been a challenge as the crops we eat rapidly deplete the nitrogen from the soil leaving barren wastes if the land is not fed nitrogen in turn.

Ultimately all life on earth is dependent on available nitrogen – and getting it has always been an ugly, dangerous, smelly, and generally unpleasant task. The methods humans have used to acquire and fertilize land with nitrogen have shifted over our history, with burning forests to plant crops in temporarily nitrogen rich (from the ash) soil being the earliest method (and one that still is unfortunately destroying centuries of rainforest growth in exchange for a few good years of crops before leaving barren lifeless soil). But the early farmers always had to move to new land as the soil was soon depleted.

At the beginning of the 19th century a discovery was made that would drastically increase the world population and reshape the future. Islands in the Pacific covered with millennia of bird droppings were a seemingly limitless source of nitrogen, and the world population surged higher as more food than ever before could be produced on the same amount of land. Unfortunately, the supply was only seemingly limitless, and by the end of the 19th century wars were breaking out to control the diminishing supply of guano that was crucial for keeping farmland sufficiently productive to feed the now larger populations.

While the story could have ended with a catastrophic global starvation, instead the beginning of the 20th century had a miracle solution in the form of industrial ammonia-based fertilizer that used natural gas in a high energy process to capture nitrogen from the air (78% of the air is nitrogen, though in a form that is inaccessible to plants N3). Headlines from the dawn of the age of industrial fertilizer were filled with breathless announcements of bread made from air. The Haber-Bosch process has become so dominant and widespread that it now uses roughly 1% of all the power generated in the world, and produces roughly 1% of the greenhouse gases, but in exchange supports roughly half of all human life on Earth1.

But as with any solution there are drawbacks as well as benefits, inexpensive and abundant fertilizer has meant that it is often applied in vast quantities to avoid the risk of under fertilizing crop lands. The result is rainy season run off that fills our rivers with hyper abundant nitrogen driving algae blooms that devastate eco-systems as they pull the oxygen from the water creating dead zones, and directly poisoning invertebrates. Ammonia itself can contribute to air-pollution. And the ability to grow the same crops year after year on a single piece of land due to the abundant fertilizer means that weeds and pests can take strong hold, essentially kicking off an arms race with evolution as stronger or more targeted herbicides and pesticides are needed to protect food crops.

By the middle of the 20th century famine was again being forecast with books like “The Population Bomb” warning of immanent starvation. Instead, humans developed new crops that could produce more food per acre, and herbicides and pesticides that shifted the war between farmers and weeds and pests decidedly in the direction of farmers. These same solutions have created countless problems as monocrops have their own risks, and heavy reliance on herbicides and pesticides have contributed to agricultural pollution and reduced the health of ecosystems.

This is where we would love to tell you about the miraculous new technique that will eliminate the Haber-Bosch process, or a version of organic farming that could feed billions. But while there are many researchers searching for a low temperature / low energy method to make bio-available nitrogen, there are none that currently work at scale and reasonable cost.

For now, the world is stuck with the Haber-Bosch process for the currently foreseeable future, but there are very exciting solutions that are making the way we use fertilizer, herbicides, pesticides and water more efficient. Farming has always involved looking at the conditions on the ground and expectations of the future and attempting to make the right decisions. But as farms grew and the number of farmers fell, the amount of land covered per farmer swelled to the point that one size fits all solutions were the only possibilities available.

Agriculture of the Future

Most farmers are fertilizing in the same way today as they did 100 years ago, and fertilizer along with how it is produced, has not evolved much over time. We are well overdue for a technological breakthrough in this space. Like the electric vehicle industry, combined industry- and government-led measures along with advancements in biotechnology may spark a revolution in how nutrients are delivered to plants in the near future. Investment in technological innovation is the key to establishing more sustainable agriculture production that optimizes inputs and maximizes yield without polluting the environment.

Today, we believe precision agriculture is leading the way. Increasingly high precession sensors, inexpensive computing devices and robust satellite systems, along with big data driven highly localized weather forecasts means that once more decisions about the correct treatment for a piece of land can shift from being decided at the scale of fields and instead be brought back down to the scale of individual plants.

Nutrition sensors in the soil can tell when and how much fertilizer is needed preventing waste and runoff, water sensors can tell the farm when to water and how much, soon sensors may be able to identify when and if to apply herbicides and pesticides (greatly reducing the total amount used) and all of this can reduce the downstream effects that has been making biohazards of farms for nearby natural areas.

Additionally new farming techniques show the promise of using less land, water and fertilizer with novel strategies of vertical agriculture, aqua culture, cover crops, and productive crop rotations that build nitrogen in the soil itself. As with so much of the quest to green the supply chain, smart agriculture will be hard at work to make more food available with less. Less fertilizer, fewer herbicides and pesticides, less water, less labor and even less land. Smarter agricultural solutions have the potential to produce the food the world’s population needs and protect and rewild more marginal lands.

Today’s agricultural commodity price shocks could spur the technological breakthroughs required to overcome Earth’s natural resource constraints, mitigate environmental degradation, and set us on a path to producing and safeguarding a global food supply that can secure humanity’s future. 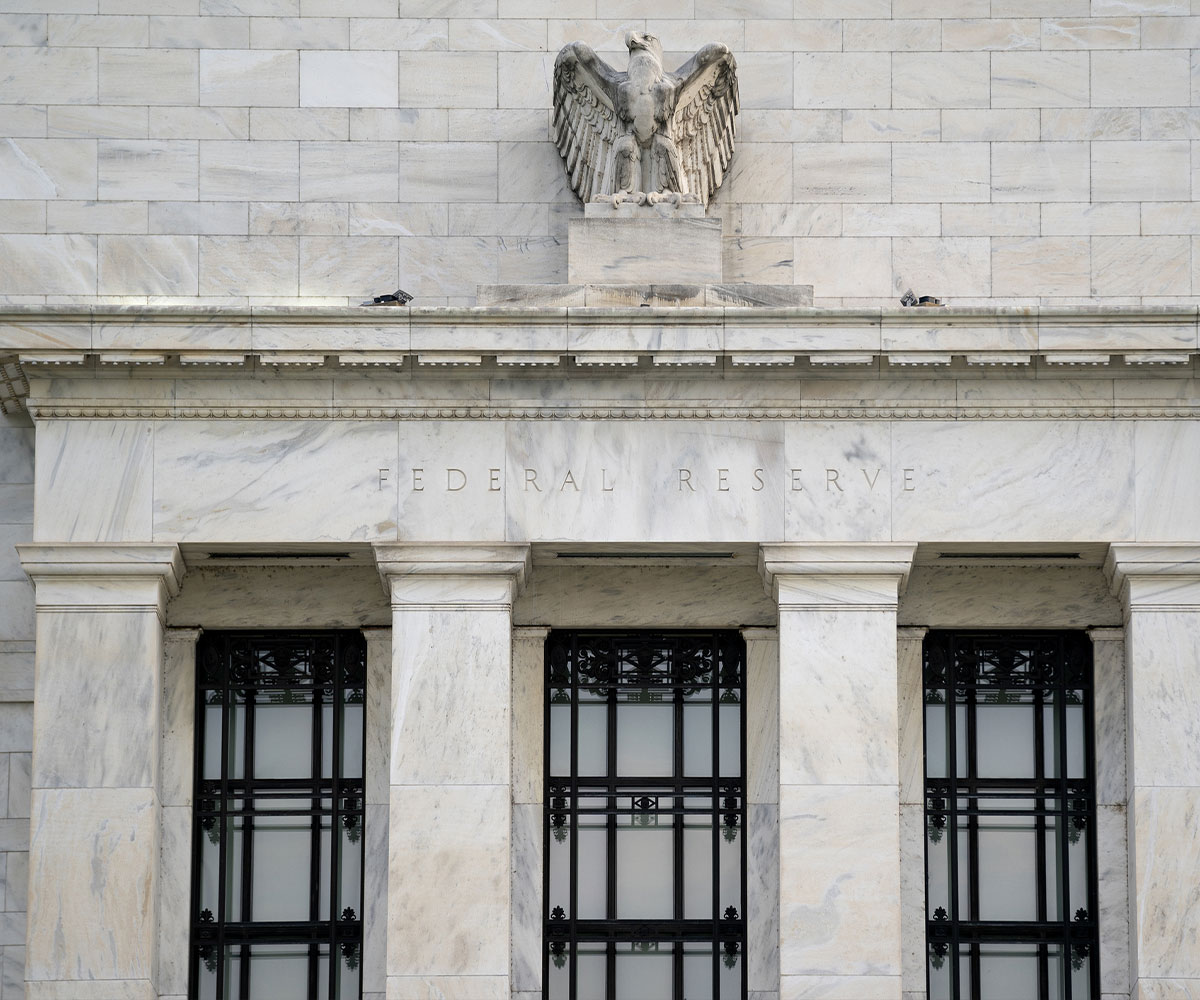 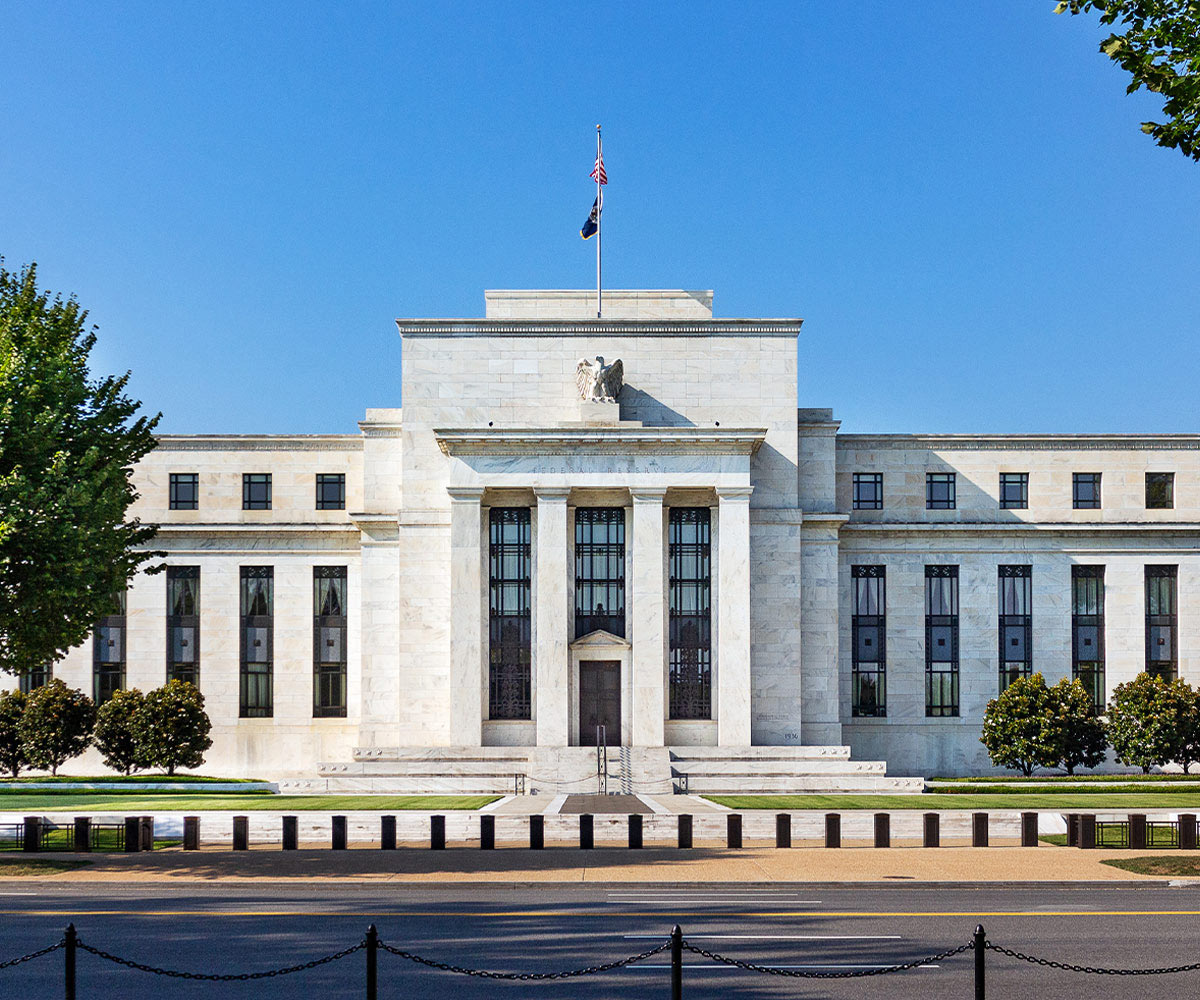 Spotlight: The consumer versus the Fed
David Bailin - Steven Wieting
Consumer demand is at a critical juncture. We expect a downshift in consumer spending growth this year, but not a contraction. What’s most relevant for forward-looking financial markets in 2022 is the pace of moderation. This will significantly determine the Fed’s actions.
Learn moreabout Spotlight: The consumer versus the Fed 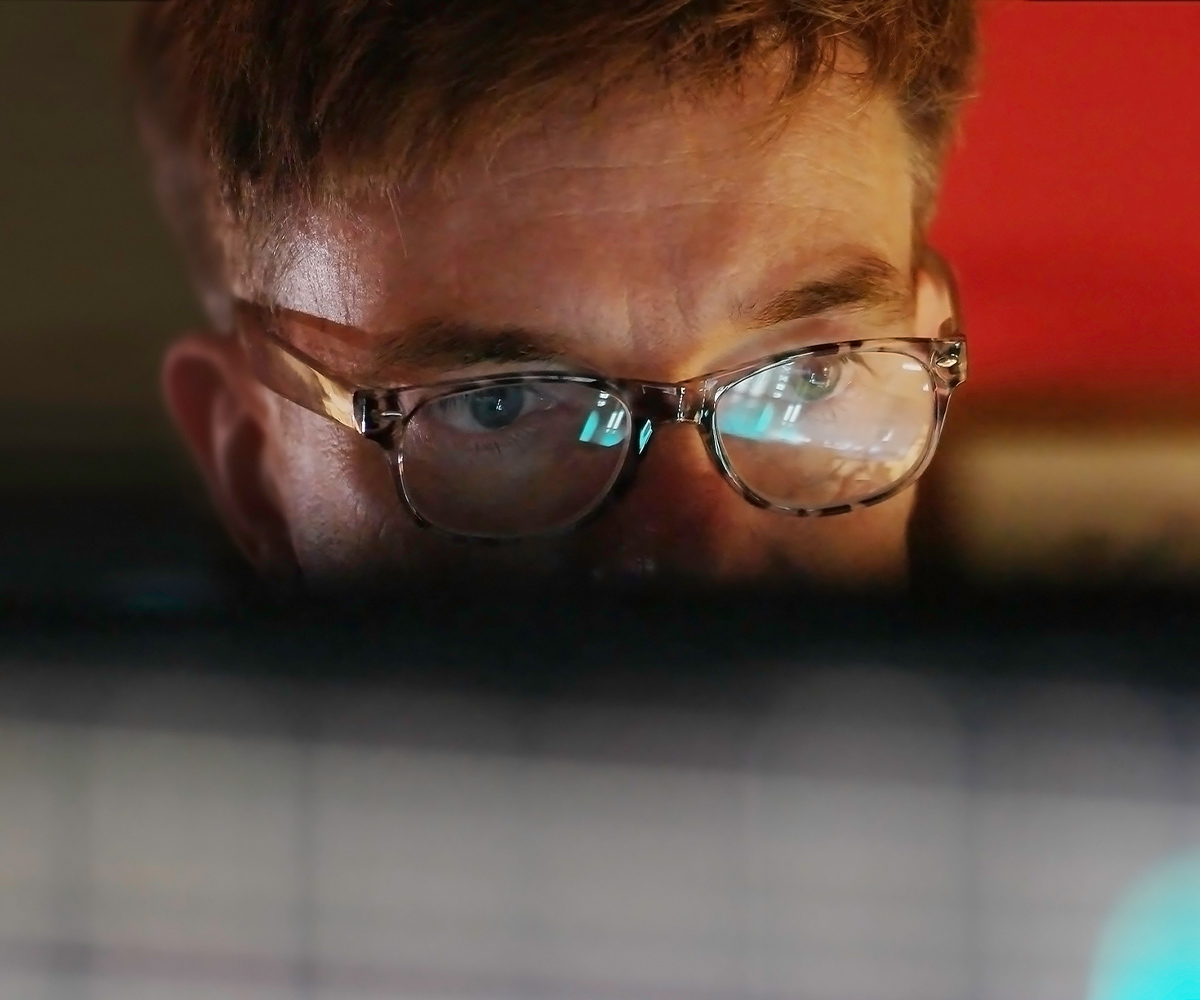