Federal Reserve Chair Yellen made headlines with her near-term policy comment: “I believe the case for an increase in the Federal funds rate has strengthened in recent months.”  This pushed up the implied probability of a Fed funds rate hike during September somewhat, and dragged on many financial markets initially.

NIRP not in her toolkit

Federal Reserve Chair Yellen’s highly anticipated speech at the Kansas City Fed’s policy symposium in Jackson Hole provided no shortage of headlines.  In summary, she was both rate hawkish short-term and dovish long-term.  After a knee-jerk selloff on the near-term-focused commentary, markets took note of the longer-term implications of her views.

While many are struggling to assess the “right” level for U.S. policy rates, Yellen’s topic was “The Federal Reserve’s Monetary Policy Toolkit: Past, Present, and Future.” On this topic, Yellen supported a range of ideas to provide countercyclical support for the U.S. economy save one: negative interest rates.

In her speech, Yellen repeated views that those disappointed with the Fed’s impact fail to see the counterfactual.  “Our asset purchases and extended forward rate guidance put appreciable downward pressure on long-term interest rates and, as a result, helped spur growth in demand for goods and services, lower the unemployment rate, and prevent inflation from falling further below our two percent objective.”

While this was nothing new, what we found most interesting was her reasoning for the wide ranges around the Fed’s economic and interest rate projections looking forward. She said “the economy is frequently buffeted by shocks and thus rarely evolves as predicted. When shocks occur and the economic outlook changes, monetary policy needs to adjust.”

With shocks so frequent, and each requiring a policy response, it would argue that the Fed’s central tendency forecasts are closer to a “best case, shock free” future which we would be lucky to see.  It suggests a proclivity toward countercyclical activism for monetary policy which itself has been criticized for providing a “put” under markets. This allows for excessive risk taking which itself is de-stabilizing.

No need for NIRP

While noting that most Federal Reserve easing cycles have started from a higher than usual Fed funds rate level, she provided an analysis showing that if the Fed relied on short-term interest rate targeting alone to provide stimulus in a future recession, interest rates would have to fall to deeply negative levels.  Instead, asset purchases (QE) and long-term interest rate guidance (a promise to stay low for longer than usual) would allow policymakers to achieve similar results without falling below the zero bound on interest rates.

Yellen repeated guidance that asset sales will not be used as a policy tool.  Under ideal circumstances, the Fed’s balance sheet would passively shrink as bond holdings mature. Yet balance-sheet expansion would likely be needed to fight future recessions.  This is because the funds rate will not likely ever rise to a high enough level for rate cuts alone to do the job the Fed will want to achieve.

These comments confirmed our long-held views about the Fed’s balance sheet and the “new standard tools” of monetary policy.  Away from this, she noted the potential - if legislation permits - to expand the types of assets the Fed would purchase (akin to the European Central Bank’s corporate debt purchases). In passing, she mentioned alternative policy frameworks that might accommodate a higher inflation rate.  At no point, though, did she include negative interest rate policy (NIRP) in her list of future tools.

Turning to her hawkish near-term comments, we have to wonder if the Fed’s activist approach and asymmetric view of managing risks would allow for a policy tightening next month.  This is merely given a possibly less-than-stellar employment report for August to be released in a week’s time. (We see a chronic downward bias in August employment data which might again distort initial results).

With this in mind, and an always present list of concerns such as the LIBOR spike (please see our latest Quadrant for discussion Converging on Zero), Yellen’s attempt at hawkish near-term comments didn’t even manage to strongly move very short-term U.S. interest rate markets. 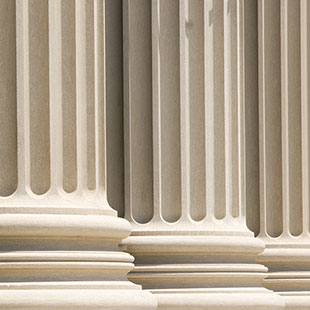 We continue our very gradual shift away from risky assets