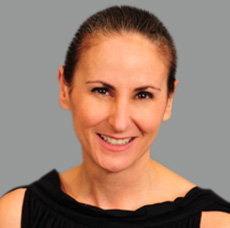 Expense growth may have outpaced revenue growth for the law firm industry during the first quarter, but there is plenty of good news about how 2018 began.

We are pleased to announce the release of Citi Private Bank Law Firm Group's Q1 2018 Quarterly Flash Report, which provides an overview of current financial trends in the legal industry, based on data collected through our Quarterly Flash survey of 179 law firms (80 Am Law 100 firms, 47 Second Hundred firms and 52 niche/boutique firms). Thirty of these firms fit our definition of either international1 or global2.

Demand growth surged in the industry in the fourth quarter of 2017 and much of this work was still in inventory as the year ended. In fact, 2018 began with the strongest inventory growth figures that we've published since 2007. Further, demand growth continued into the first quarter of 2018, adding to those strong inventory levels. However, collections slowed, suggesting that first quarter revenue growth could have been stronger, and perhaps outpaced expense growth. The good news is that the continued demand growth and slowing of collections has led to a further accumulation of inventory through the first three months of the year, setting the industry up for a strong second quarter. That said, though the start of the year is promising, it is not equally promising for all firms. We continue to see broad dispersion in firm results. As has been the case for the best two years, large firms fared better than the rest of the industry in the first three months of 2018.

3 A free subscription may be required to access the full article.