Citi Private Bank warmly congratulates motor racing legend Fernando Alonso on his superb victory in the Six Hours of Spa-Francorchamps on Saturday, May 5, 2018.

It was the first time that Fernando - who was sponsored for the event by Citi Private Bank - had ever competed in a FIA World Endurance Championship race.

His triumph could barely have been more dramatic, with his Toyota TS050 Hybrid crossing the finish-line just 1.4 seconds ahead of the next car.

In June, Fernando will compete in the iconic 24 Hours of Le Mans. Alongside the Indianapolis 500 and the Monaco Grand Prix, Le Mans makes up one third of ‘the Triple Crown of Motor Racing’. Having already won Monaco twice, Fernando hopes to become only the second driver ever to complete the Triple Crown.

“By winning the Six Hours of Spa at his first attempt, Fernando Alonso has once again shown why he is considered one of motor racing’s all-time greatest drivers,” said Peter Clive Charrington, Global Head of Citi Private Bank. “We are incredibly proud of our association with him. Fernando embodies professional excellence, determination, and global citizenship, values that we share. We are hugely excited to be sponsoring him on his Le Mans debut and will be cheering him all the way.” 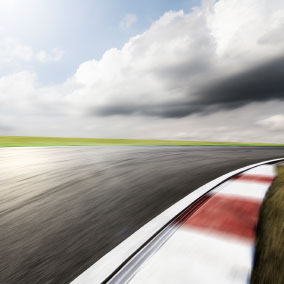