Are you sure it isn't real?

The best nights watching television as a kid were when we could stay up late to watch Star Trek. This was a big treat because the show had all the right ‘kid action’ stuff — aliens; space travel; cool pieces of futuristic equipment like communicators, tricorders and transporters; constant requests to Scotty from the crew to either ‘beam them up’ or ‘give them more power.’ What was lost on me as a kid and I’m sure on most viewers, was how much science was being thrown at you — space exploration, physics, biology, chemistry — and how much of the futuristic equipment from the show would actually become reality — in today’s mobile phones, CAT scans and MRIs. Star Trek: The Next Generation, followed the same formula as its predecessor but with updated aliens, a new ‘Scotty’ and a new take on futuristic equipment — the Holodeck.

The Holodeck was a room in which objects were projected as holograph images inside the room and characters could immerse themselves in anything from fighting aliens in a battle simulator to having a picnic with colleagues on the banks of an English river. It all sounded like science fiction until you find out that the Holodeck concept wasn’t the idea of some creative writer dreaming of virtual reality, but instead the idea actually came to the show based on work done by Gene Dolgoff who, back in 1964, had set up a holography lab in New York.

After years of being conceptual, virtual reality is at the forefront of attention in 2016 as three VR game systems are being released and augmented reality headsets are coming closer to the market. VR/AR is now firmly on the radar as an investment theme and is expanding as an industry and we believe it will be used in a wide range of applications and in a number of different industries going forward.

Over the next five years, we believe hardware, primarily VR headsets for gaming, will be the driver of industry growth, and we think the overall VR/AR market could reach $692 billion by 2025 and continue to ramp after that. Although initially the primary content for VR will be game software, the market will then expand to include concerts, zoos, and theme parks before broadening further to encompass sports, movies, TV programs, and music.

In the future, given that AR headsets allow for mobility versus VR headsets, we believe the pattern of use of AR will resemble that of smartphones, and we think AR will start to erode the smartphone market on both the hardware and the software sides. In our current model, we assume the majority of growth in the AR headset market will occur from 2025 onward and will be achieved at the expense of the smartphone market. Consumer behavior with AR devices is likely to be similar to that of smartphones, so we anticipate that consumers will increasingly use their AR headsets for commerce. Given the global e-commerce and m-commerce market is currently around $1 trillion, and is expected to rise to $4 trillion by 2030, even if VR/AR only gets a small percentage of the market, it would be a significant driver to the growth of the VR/AR market overall. Forecasting out to 2035, we believe AR could grab about 25% of the m-commerce market which would equate to almost $1.3 trillion.

Now...if I could just get that transporter to work and get me to Hawaii… 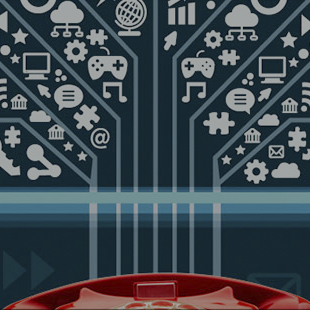 Time to Dump the Dumb Pipe. 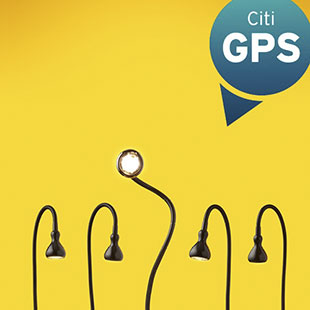 Ten More Things to Stop and Think About