The Private Capital Survey 2020 was conducted during Citi Private Bank’s Family Office Leadership Program (FOLP) in June and July 2020. The program provided an ideal setting for us to gauge investment and near-term capital allocation plans of our clients via this survey.

The resulting sample has led us to one of the most comprehensive reports with a poll of nearly 180 respondents from over 100 countries. It is also among the first private banking client surveys in a post-COVID world.

We were privileged to have all regions of the globe represented for this crucial poll. The survey saw 43% of the respondents from Latin America, 28% from North America, 20% from Europe, Middle East and Africa and 9% from Asia Pacific.

In step with a healthy mix of respondents by region, we also saw broad representation from many of the world’s most affluent families, as well as families with lesser yet still meaningful assets under management (AUM). Overall, nearly 18% of family office respondents had over US$1 billion in investable assets, 11% had $500 million to $1 billion, while 71% had under $500 million.

The results and analysis included in it give a rare insight into the thinking of some of the world’s most sophisticated family office executives and other leading investors. We asked them about their outlook for the global economy and financial markets, as well as what they are doing with the portfolios that they oversee.

Given the level of caution and concern in a COVID-19 stricken world, we queried what the respondents’ total return on expectations were over the next 12 months. Nearly half (49%) of family office respondents saw 1% to 5% total portfolio returns on horizon.

However, a breakdown of respondents’ expectations by managed assets levels suggested that 56% of families with under $500 million in AUMs expected 1% to 5% returns, while 43% of those offices with over $500 million expected returns of between 5% and 10%. Finally, a mere 6% of total family office respondents believed they would achieve total returns in excess of 10% during this period.

When it came to portfolio performance, nearly one-fifth (19%) of all respondents reported portfolio gains of 0% to 10% between 1 January, 2020 and 30 June, 2020. Of this group, family offices with AUMs in excess of $500 million reported a slightly higher rate of favorable returns versus those with under $500 million.

However, if the responses are divided into those who reported ‘increases in portfolio values’ and ‘no change’ or ‘declines’, it is the latter group that outnumbered the former by 77% to 23%. Among those who posted declines, 7% of family offices reported portfolio losses of 20% or more, while the vast majority of family office respondents (42%) suffered decreases of less than 10%.

The survey data, and our own analysis of market participants’ flows and allocations, suggests that running higher levels of liquidity reflects not only a degree of caution about future returns, but also a desire to build capacity to be more opportunistic and take advantage of future dislocations.

Overall, the answers about the opportunities and risks ahead – and the actions that respondents expect to take – make for fascinating reading. 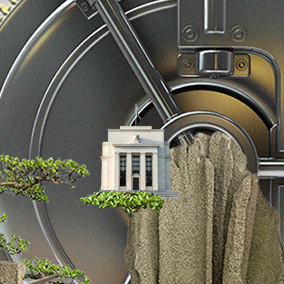 As we emerge from COVID-19 and adapt to the ever changing world, we have transformed our flagship ‘Family Office Leadership...