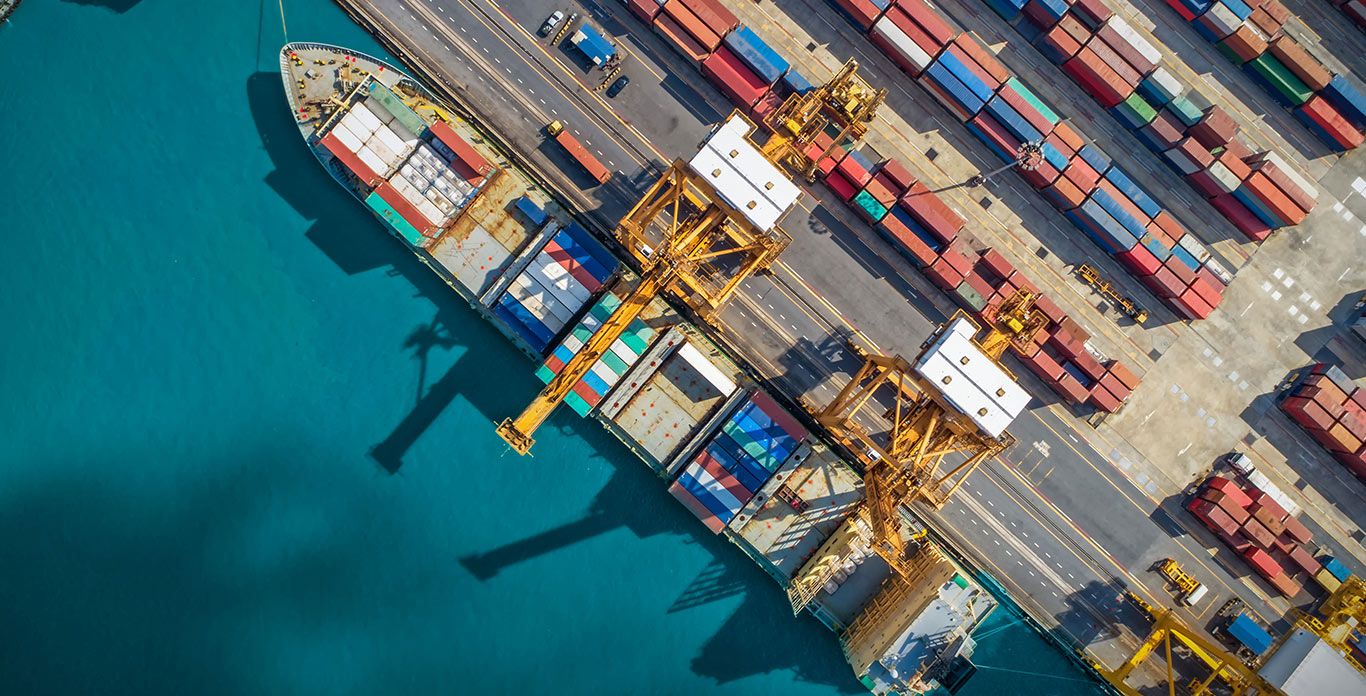 The Russia-Ukraine war has generated shortages in global commodities and further dislocations in supply chains. Other producers will have to fill the gap. Investing to address this challenging situation may offer a portfolio hedge.

The resulting economic, geopolitical and social instability may linger for some time

Capital will have to be reallocated to help solve for this. Among the potential opportunities we see are commodity producer and oil services equities

You don’t know what you’ve got till it’s gone. For much of the last decade, the world enjoyed moderate and often falling commodity prices – figure 1. No longer, though. Since early 2020, the IMF’s Index of Primary Commodities – which tracks the prices of a broad range of food, industrial inputs and energy products – has risen by 170%. This has far-reaching implications for consumers, businesses and investors globally.

The new world of shortages

Today’s commodity shortages have their origins in the Covid economic shutdowns. Flush with government stimulus cash and unable to spend it on many services, consumers’ demand for goods ballooned. At the same time, supplies of almost everything suffered owing to lockdown restrictions. While both these distortions have now eased, full normalization is a far way off. Russia’s ongoing invasion of Ukraine has caused a major new disruption.

Both Russia and Ukraine are major commodity suppliers. Together, their agricultural output accounts for around one-tenth of calories traded on world markets. Ukraine currently has millions of tons of unsold grain that the war is preventing it from exporting, while a new harvest is about to begin. The ability of farmers elsewhere to make up the shortfall is under threat from the suspension of fertilizer exports from Russia, the world’s largest fertilizer producer.

The war and the resulting sanctions’ disruption to energy supplies is also causing intense pain. The European Union has committed to cease taking Russian oil exports by the end of this year. It is also aiming to cut natural gas imports by two-thirds within a similar timeframe. Amid soaring energy prices, many governments are having to intervene to help struggling households by way of subsidies.

The economic impact is mounting. Already, commodity shortages have dampened growth and raised input costs. More spending power is going toward putting food on the table, heating and cooling homes and fueling cars. Naturally, this means less to spare for discretionary items from meals out to gadgets to overseas trips. Most apparent day-to-day are the inflationary effects, with rates of consumer price inflation in many advanced economies not seen for a generation or more. If the US Federal Reserve and other central banks raise interest rates excessively in response, recession becomes a real danger.

Neither accelerating inflation nor recession are our base-case scenario. And we see some stabilization in supply and demand in the world’s largest economy – figure 2. Globally, supply chain disruption appears to be easing – figure 3. We believe that the economic expansion can be sustained, with US inflation falling toward 3.5% in 2023 – see Investing in the afterglow of a boom. However, none of this is say that we necessarily expect an end to commodity disruption either in 2022 or 2023.

Put simply, we see commodity shortages as a likely source of instability – economic and otherwise – for some time to come. In late May, Russia’s President Putin offered to unblock Ukrainian food and fertilizer exports in return for an easing of sanctions on his country. The longer that households globally suffer high food and energy prices, the more potent this bargaining chip becomes.

Food scarcity in 2011 set off the violent uprisings and regime change of the Arab Spring. A sustained cost-of-living crisis could also radicalize voters in advanced economies, strengthening the hand of populist politicians. This will not have been lost on Putin and other autocrats whose domestic industries are key producers.

Both the Covid pandemic and the Russia-Ukraine conflict have highlighted the world’s vulnerability to supply shocks. Companies and governments alike are reconsidering their dependency on materials, products and logistics over which they have little or no control. While we do not expect a wholesale drive toward autarky, the trend toward onshoring production and supply chain diversification – see The rise of Asia: G2 polarization – is likely to continue. The world’s reliance on Taiwanese semiconductors or Chinese rare earth metal production should prompt deep reflection, for example.

As painful as commodity shortages are, they can sometimes yield benefits too. The oil shocks of the 1970s, for example, led to less oil-dependent industries and more fuel-efficient vehicles. For versatile companies, this proved an opportunity, as in the case of Japanese carmakers who captured and then retained a share of the US market. We believe today’s high fossil fuel prices will intensify the shift toward sustainable alternatives – see Greening the world. The longer challenging conditions persist, the more it may spur innovation.

Guide on how to invest in commodity-linked equities in 2022

Commodity shortages and price volatility have deepened the uncertainty facing investors in 2022. The potential for further dislocation – be it from the Russia-Ukraine conflict or elsewhere – remains significant. At the same time, we stress that commodity shortages do not represent an unstoppable trend. Market forces should ultimately help to rebalance the situation. However, this may take longer than a year or two.

We believe portfolios need to reflect the potential for ongoing shortages over this period. Commodity producers and oil services equities offer a potential hedge against inflation while their output growth is a needed contributor for world stability. Such firms have the potential to generate stronger earnings in this environment – figure 4. We therefore have established a tactical overweight in this area.  As you can see in our detailed thematic, tactical asset allocation – see Our positioning – we hold some basic inflation hedges in the form of gold and inflation-linked US Treasuries.  However, the larger opportunity we believe is to be gained from investing in the expanded output of global commodity producers and oilfield services firms, where we have a 4% overweight.  These firms generally pay dividends and grow their profits with rising production. Over time, we believe this is superior than simply investing in commodities futures that don’t reflect gains in the volume of commodities produced.

Figure 4. High crude prices can benefit explorers and producers
Source: Haver, as of 31 May 2022. An investor cannot invest directly in an index. They are shown for illustrative purposes only and do not represent the performance of any specific investment. Past performance is no guarantee of future results. Real results may vary.
BackNext

Based on the information provided, we believe that Citigold Wealth Management may be most appropriate for your needs.