The rise of political outsiders

As many countries around the world experience slow or uneven economic growth, there has been a rise in populist political parties against the status quo. Over the past three years, these ‘outsider’ parties have gained traction, attracting more votes or winning elections outright. More established political parties – which have held power for long periods of time – now find themselves facing new challenges as voters look for other solutions.

A recent example is that of Canada, where voters last month elected a Liberal majority government led by Prime Minister Justin Trudeau, after nine years of Conservative government led by Stephen Harper. Polls suggested that Trudeau’s party might win a hotly-contested race and some even predicted an outright win. The final result made it clear that voters wanted change.

In Argentina, voters also elected change over the status quo, in this case opting for the center-right Mauricio Macri over Daniel Scioli of the Kirchner/Peronist party that had held power for twelve years. In 2016, US voters will face a choice between another Democratic presidency for the next four years or a new Republican leader.

According to the New York Times, history suggests that each party’s ultimate presidential nominee will emerge from 2015 in one of the top two or three positions, as measured by endorsements, fundraising, and polling. However, the American public’s decision is not so black and white, given the sheer number of potential Republican candidates of varying political shades. What is clear, though, is that the ‘outsider’ candidates – those who haven’t held elected office or are viewed as anti-establishment – have and continue to hold the lead in national polling.

Even with the debate season upon us, we may not know who will become the Democratic and Republican presidential nominee until the primary season is well underway. But more and more, it is apparent that this anti-establishment point-of-view is – more likely than not – here to stay. 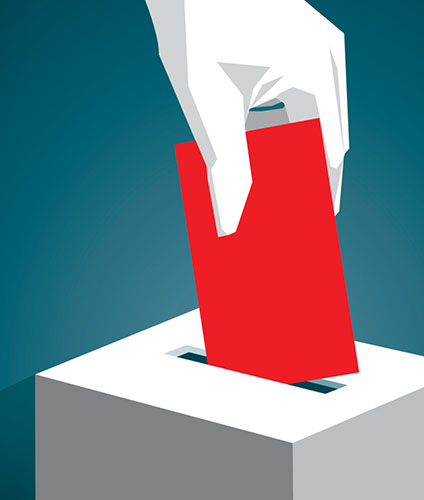