In the face of tightening regulations and the need to transfer wealth to the next generation, Paul James examines the challenges facing wealthy individuals around the world and highlights the need for robust wealth planning

I’ve a great love of the sea and often like to evoke nautical imagery when describing the world of wealth management and estate planning. Currently, I identify three powerful tidal flows that have been converging in the marketplace and which could make for some turbulent swells ahead for the unwary voyager.

The first of the three flows is wealth accumulation. Many ultra-high net worth investors have progressively diversified their holdings into the international markets outside of their home countries. This has resulted in a significant accumulation of wealth for the families involved, much of which is a first- or second-generation creation.

Since the global financial crisis erupted in 2007, cash-strapped governments around the world have turned their attentions to their resident taxpayers’ overseas assets as a way to raise more revenue. It began with FATCA and Intergovernmental Agreements (IGAs) and developed into a flood of legislation worldwide, effectively seeing many jurisdictions copy US asset-reporting and tax-charging rules in order to tax global wealth.

The rising tide of new regulation has brought with it a wave of transparency. Many countries are now insisting on much greater transparency of asset ownership. The latest iteration of the drive to transparency is a campaign by the OECD called the Common Reporting Standard, which has drawn together more than 92 nations that will automatically exchange information by the end of 2017. Banks and asset managers will be required to automatically report client details, assets and income to the jurisdiction where the client is tax resident.

Here’s where the third and possibly strongest stream joins. Many wealth creators are of an age where they have to consider how to transfer their great wealth to the next generation effectively. Many of their successors are resident in high-tax, transparent jurisdictions, increasing the urgency to plan. 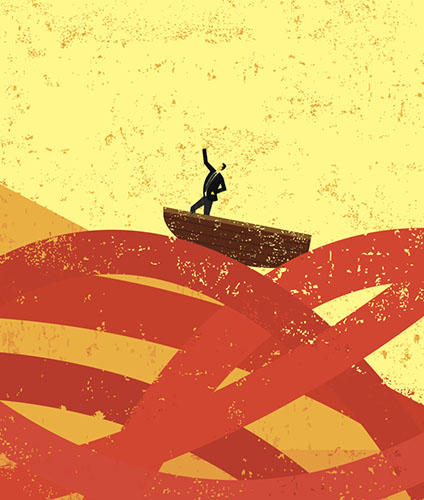 With the three streams of wealth accumulation, reporting changes and estate planning converging, there is clear potential for turbulent waters. Responsible sailors always plan their voyage and study conditions carefully before putting to sea. In the same vein, reviewing your existing wealth structures with your advisors looks an especially wise course today.