The pattern in US municipal bond performance held true in the month of April, as returns (-0.4%) continue to be dragged down by higher US Treasury yields. This has brought year-to-date muni performance down to -1.4%, far outpacing Treasuries and taxable IG corporates which has declined by -2.1% and -3.5%, respectively. Other than short-duration (-0.1% year to date (YTD)), performance has been poor across all maturities buckets.

However, the declining demand from banks and insurers post- US tax reform has exacerbated the underperformance in longer-dated munis. Indeed, munis with maturities greater than 20- years have declined 2.0% YTD. Still, this is a far cry from the near 6% decline in long-term Treasury debt.

Some of the relative outperformance in munis can be contributed to the lack of supply, which has plagued the market all year. Indeed, gross muni supply is down 23% year-over-year. This trend is likely to continue as the visible supply over the next 30 days is expected to be about $10 billion, relative to redemptions and announced calls closer to $20 billion. The lack of supply has also contributed to the drop in yield ratios, with the 10-year AAA muni/Treasury ratio falling to 85%, from 90% in March.

The steepness in the US municipal curve highlighted last month has faded, with the yield difference between 2 and 10-year AAA yields flattening 30bp to 65bp. This was primarily from higher short rates, as 1 to 3-year average muni yields rose 20bp in April to 2.0%, its highest level since 2009.

At 2.0%, taxable-equivalent yields (TEY) for investors in the highest tax bracket that reside in New York and California can reach 4.0% and 4.3%, respectively. Though 10-year yields have also moved back to 2.5% (highest since 2016), we find these shorter-dated yields attractive.

That said, yields could become even more attractive over the coming year. With the Federal Reserve expected to raise rates 5 more times through 2019 (possibly 7), short-end yields are likely to rise further. Higher rates should have limited effects on shorter-term bonds (due to the lower inherent duration), however, investors could also consider options in the floating-rate market.

Variable Rate Demand Notes (VRDN) may provide an attractive strategy, as these securities have frequent resets (weekly or less) to the Securities Industry and Financial Market Association (SIFMA) Municipal Swap Index. Indeed, this index has a tight correlation to the US Fed Funds rate. Currently, yields on 7-day VRDN’s are 1.60% (or a 2.7% TEY at high tax brackets)

We continue to find value in the callable muni space. The elimination of advanced refunding’s from US tax reform has provoked states to incorporate some ingenuity to create flexibility over future liabilities. As such, some new deals are being priced with a handful of tranches across various call dates. For example, 5-year or 8-year call dates, as well as the more traditional 10-year calls. In our view, these structures offer an attractive yield pick-up versus non-callable bonds.

Though if not called away by the issuer, yields on these bonds to their final maturities offer good value. Otherwise known as ‘kicker bonds’, muni bonds with the shorter-calls typically have a greater ‘kick’. While yield premiums will vary by issuer, we believe adding call risk to portfolios may be an attractive way to diversify income in fixed income portfolios for suitable clients. 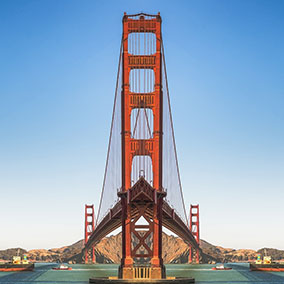 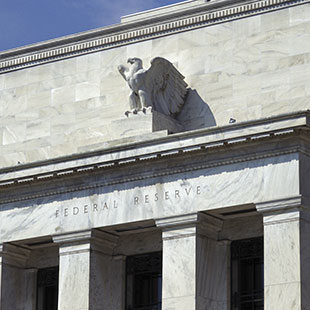 How US tax reform may affect wealth planning