US election: More certain about the new and uncertain

A Biden election victory would not reduce US policy uncertainty overall. Instead, it would merely lower the chance of renewed trade wars under Trump.

After the shock of 2016, investors remain unsure and tentative about staking out positions ahead of US election results. Yet with Joe Biden tracking nearly 10% ahead in average popular election polls, implied volatility for the post election period has collapsed, suggesting reduced fears of a contested election.

Greater confidence in a change of administration does not resolve the larger policy uncertainty that comes with any US political regime change. A Biden victory would not reduce US policy uncertainty overall, just the chance of renewed trade wars under Trump.

There’s much to absorb from Congressional results, particularly the margins of control to determine what is eventually possible in terms of tax policy changes and government spending.

A “split government” would paralyze fiscal policy, perhaps to the longer-term benefit of US markets. A Democratic “blue wave” – control of the Presidency and both houses of Congress - would likely mean a larger immediate stimulus, but delayed until January.

A Blue Wave could mean a large infrastructure spending program in time. However, such a result would also signal greater tax policy risks for US investors.

The tone taken by the losers and winners in the election aftermath will be important to understand any possible fiscal response to COVID in coming months. Already approved funding could be re-directed to assist the most impacted industries and individuals in mid-November, with only politics standing in the way. Quadrant Special: Treating a Disease with Money Europe has succumbed to the highest COVID infection rates of 2020 in several countries, hampering domestic recovery for now.

As in the US, this ultimately means a more costly fiscal and monetary response to come. In contrast, China’s domestic economy has begun to behave in a “Post COVID” fashion with full office buildings and a restoration in airline travel at 90% of pre-Covid levels. As we saw in 1Q 2020, China’s economic path was indicative for other economies.

Pent-up travel and services demand suggest a substantial rebound for “social close” industries across the world. However, this awaits successful healthcare solutions for COVID that we expect in 2021. A global trade rebound is beginning to unfold even before a COVID health remedy. The composition of western consumer spending has shifted markedly in favor of goods consumption from services. This plays to China’s economic advantage and has already arrested the trade-war-led decline in China’s exports to the US. Overall Chinese imports and exports are now rising at a double-digit pace. Broadening away from China, other Emerging and Developed Asian economies will benefit from the global trade rebound, with their equities markets not yet discounting recovery. While we are already overweight the region, when the dust settles on US policy uncertainty, we are likely to add further equity exposure. 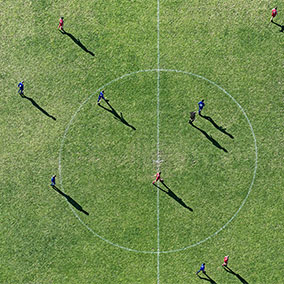 The Fed is likely to keep shorter-term interest rates atypically low for years to come. This “financial repression” has major... 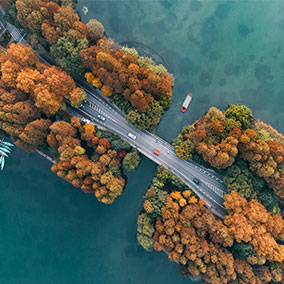 East vs West: A contrast in COVID costs and economic outcomes

China’s recovery from the pandemic will show the West the way forward. Investors need to reflect this in their portfolios