With ongoing downward pressure on US Treasury yields, we explain our tactics on a 12-18 month view.

Like Greco-Roman wrestlers, US Treasury (UST) yields have struggled to avoid being pinned to the mat by the strength of global safe-haven demand.

Despite an economy that is still showing modest improvement, the overabundance of international forces continues to drive significant inflows to the safety of UST.

Of course, other developed markets have also had to grapple with parallel adversaries. For example, Germany, UK, Japan and Australia have all recently recorded historic lows in long-term sovereign bond yields. In our view, the world of low yields will likely continue for some time. Central banks are expected to remain overly accommodative, as the European Central Bank, Bank of Japan, and now the Bank of England, deal with weak growth outlooks and low inflation. As such, additional rate-cuts and possible expansion of bond-purchase programs are likely to be debated among policy makers.

These actions could exacerbate the downward pressure on yields and push more debt securities into negative territory. Currently, over 36% of the investment grade sovereign bond market has yields less than zero. This is up from 8% twelve months ago. As core rates become increasingly negative, the ‘scavenger hunt’ for positive yield will likely grow.

This scavenger hunt will press investors to search for better opportunities in longer duration bonds, take credit risk, or invest in foreign markets where the relative value proposition is more attractive, like in USD assets. Indeed, recent auctions for 30-year UST debt reported the highest demand from foreign bidders on record.

To be sure, we do expect the yield difference (or ‘spread’) between UST debt and the rest of the developed sovereign bond world, to remain wide – see chart. Though expectations of US Fed rate hikes have sharply declined, modestly improving economic data still suggests that additional tightening could occur later this year.

We believe this is the largest near-term risk to our lower for longer view, as futures markets have completely ruled out any tightening until the end of 2017. Positive economic momentum – that excludes idiosyncratic global stress – could re-price US policy expectations, pushing long-term rates higher. However, we are talking about one rate-hike.

Periods of higher yields should be looked at opportunistically. In our view, the structural low yield anchor – low growth, low inflation and quantitative easing – is expected to remain firmly in place for the foreseeable future. Moreover, the upcoming US election could introduce additional volatility. It’s this dynamic which we believe will limit the extent of any meaningful sell-off in US rates.

On a 12-18 month view [i], we continue to favor extending duration in fixed income portfolios. However, with 10-year German Bund yields in negative territory, we find very little value in core Eurozone (EZ) rates. We are also reluctant to chase the post-Brexit rally in UK Gilts, unless QE becomes a more realistic option. In the US, we still recommend tactically adding, or swapping into US TIPS (Treasury Inflation Protected Securities). In our view, higher oil prices are likely to translate into short periods of higher headline CPI (Consumer Price Index), which will enhance the carry on TIPS. 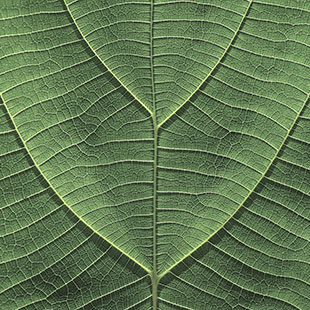 The world’s most important central banks continue to support economic recovery, but their policies have created confusion among...