The outlook for investing in US infrastructure 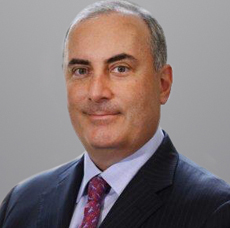 May 18, 2018Posted InInvestments and Investment Strategy

While US tax reform was passed into law during the current Congress, an infrastructure bill will have to wait until after November’s mid-term election. Most agree that infrastructure investment is badly needed but disagreements arise over how to pay for it. Regardless, investors can still seek out opportunities in the companies that operate cell towers, data centers, fiber networks, toll roads, airports, oil & gas transportation, power transmission and water utilities.

Infrastructure has outperformed over time with less risk. Many of these companies have stable revenue streams and pay attractive dividends. Today’s infrastructure index valuation readings are similar to global equities in being near their 75th percentile versus history.

The American Society of Civil Engineers (ASCE) gives the nation’s infrastructure a D+ grade in its latest report card. They estimate deficient infrastructure results in more driving accidents, time in traffic, cancelled flights, and other ramifications that end up costing each family $3,400 a year. Shoring up the nation’s roadways, airports, rails, electrical grid, levees / dams, and other systems to a B level will require investing $4.6 trillion in 2016-2025. That, in turn, will require closing a $2 trillion funding gap to supplement $2.6 trillion in existing funding. Since 1988, the nation’s infrastructure has never topped a C grade. A 2014 study by the IMF showed every dollar spent on public infrastructure led to almost $3 in economic impact.

Of course, today’s infrastructure also includes a fast-growing digital component. As the world becomes more connected, mobile and data-centric, global IP traffic in 2016-2021 is experiencing 24% annual growth and there is 46% annual growth in mobile traffic, according to CISCO Systems, Inc. A glimpse into 2021 also foresees smartphone traffic exceeding that of PCs, 80% of all traffic being video content and 3.5 networked devices / connections per person.

Broadband speeds should double into 2021 while mobile speeds triple. Afterwards, 5G penetration should really kick in, ushering a new age of breakthroughs. It currently takes about four minutes to download a movie on a 4G network, according to the Wall Street Journal, but with 5G it could take as little as six seconds. By the end of 2018, 5G will be available in dozens of U.S. cities, including New York, Los Angeles, Chicago, Houston and Washington DC. By 2020 5G mobile networks should be available nationwide.

As 5G intersects with cloud computing, big data analytics, artificial intelligence, and a growing number of machine-to-machine connections, smart cities will be able to better manage a variety of activities including traffic patterns, water mains, energy usage and street lights. Cars will know to pull over when an ambulance needs the right of way. Drones and medical equipment will interact with the internet. Digitally-monitored drones already deliver blood to hospitals in Rwanda and electronic road pricing has already been implemented to manage traffic congestion in Singapore, according to the IMF.

One of the key differences between the current economic cycle and prior ones has been the subdued level of capital investment. Tax cut stimulus and accelerated depreciation though 2023 provide business incentives to invest and there has been a pick-up in capital expenditures by companies in the first quarter.

If capital deepening persists long enough, productivity could rise from the low-end of its historical range, as digital advancements integrate with physical assets to transform commerce. According to the Technology CEO Council, in the 2000-2015 period annual productivity growth was 2.7% in digital industries versus 0.7% in physical industries.