The future of drug pricing

Few issues in healthcare are as politically sensitive as drug pricing. The controversy flared up repeatedly during last year’s US presidential election. But while we’ve seen a few high-profile cases of price-gouging in certain drugs, overall drug pricing has actually moderated in recent years in the US. What’s more, much of this moderation is a result of the arrival of innovative drugs that treat or cure previously untreated conditions. The increasing prevalence of generic drugs – cheaper imitations of big brand-name drugs – has been one of the main drivers.

Biologics are made from complex molecules manufactured using plant cells, animal cells, or living microorganisms. Among their uses are treating cancer and neurological conditions. Because they’re made from compounds that are genetically engineered from living cells, biologics are harder to replicate than chemically-produced drugs. They are also a fairly new phenomenon in the US. As of 1 September 2017, only six biosimilars have been approved in the US and around thirty in Europe.

Like chemically-produced branded drugs, biologics enjoy patent protection for a set period of time. Once that expires, though, it creates an opportunities for drug makers to come out with biosimilar versions. So far, this has tended to drive down the price of the molecules that make up the original biologics by more than 20%. But we believe the discounts could be even greater than this over time, based on the experience of generics, whose appearance often forces down molecule prices by as much as 80%. Greater pricing discounts may be seen as more biosimilars win regulatory approval and their makers build up their salesforces.

The growth of biosimilars could have a significant impact on the sales of pharmaceutical and biotech companies. Overall, we think that drug sales could fall by $200 billion over the next decade owing to lower prices. Biosimilar makers may capture some of the benefits of this, with the rest of the savings going to consumers and those who administer prescription drug programs on behalf of health insurers, employers, and government.

Clearly, falling biosimilar prices will likely lower the profitability of some pharmaceutical and biotech companies. However, we believe this disruption will also create winners. Some of the world’s largest pharmaceutical companies own leading biosimilar franchises. For now, the earnings of these biosimilar franchises may be small compared to the earnings from the rest of the companies’ other businesses. But we believe that investors may not have fully appreciated the growth potential of these franchises and their consequent impact upon shareholder value. As biosimilar approvals grow, we think markets will attach higher valuations to these businesses, driving healthy share price performance.

All forecasts are expressions of opinion and are subject to change without notice and are not intended to be a guarantee of future events.

Concentration Risk: Concentrated exposure to any one country or industry increases risk therefore the portfolio is broadly diversified across multiple countries, industries and securities.

Health Care Industry Risk: Health care industries are subject to government regulation and reimbursement rates, as well as government approval of products and services, which could have a significant effect on price and availability, and can be significantly affected by rapid obsolescence and patent expirations.

Market Risk: The values of securities are not fixed, and may rise and fall with their market. 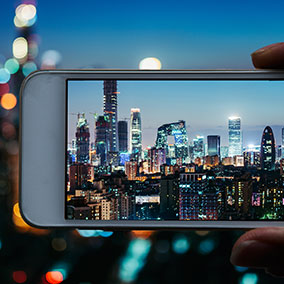 The secular trend is your friend