Political risk has subsided so far this year, but resurfaced in September with Angela Merkel’s much narrower than expected German election victory and in Spain after the unofficial Catalonia independence referendum. Focus will soon shift towards Italy’s general election early next year.

Despite this, we believe economic and corporate growth, along with the strong Euro and investors having too little European exposure, more than offsets the rise in political uncertainty and our Eurozone equity overweight remains intact.

The markets are far from euphoric yet. But the renewed uptick in political uncertainty does not justify a higher political risk premium at this stage. If anything, there is a stronger potential for further equity multiple expansion and improving sentiment driven by accelerating merger and acquisition activity.

The strong Euro versus the US dollar so far this year, has prompted index consolidation however is not expected to end the European equity bull market for several reasons:

Firstly, for overseas investors looking for diversification, US dollar denominated returns could be further enhanced. This could become more important during the fourth quarter as investors chase performance for the calendar year. Global institutional inflows into European equities are in their early stages. Ownership levels currently remain modest and we expect this to pick-up.

Secondly, the Euro’s strength is partly a reflection of the absence of fears of an imminent Eurozone break-up resulting from populist pressures, and also partly of anticipation of the ECB’s measures starting to boost the real economy.

Thirdly, even as the translated profits of many exporters suffer with the stronger currency, this is more than offset in many cases by notable operating and balance sheet improvements made in recent years. In addition, many European blue-chips have brands with pricing power.

Fourthly, while exporters suffer, there are strong signs of domestic resilience in most European countries, and this is reflected in strong confidence indicators across all sectors.

Finally, there is great scope for alpha-generation through careful selectivity in European equities. The best areas for differentiated performance are at the theme and sector levels. We still prefer the high dividend yield and de-equitisation themes. We continue to maintain our cyclical bias over defensive sectors, with our preferred sectors being energy, financials, industrials and technology. 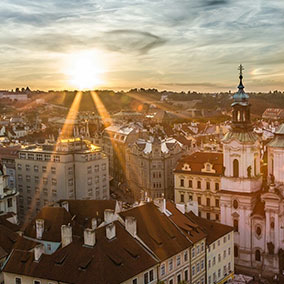 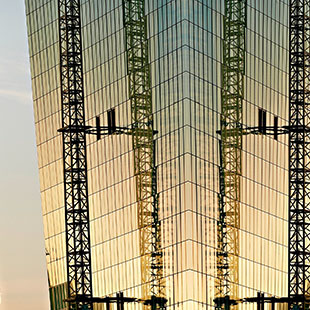 European Bank Woes: No Repeat of 2008

Fear of Past Risks, Less Recognition of the Present’s.