May 29, 2018Posted InInvestments and Investment Strategy

We see near-term risks in global financial markets, but solid opportunities are likely to arise

In the past few weeks, US officials have given conflicting statements on the status of trade negotiations with China. In the Eurozone, political fears in Italy have driven a new (albeit mild) round of sovereign debt stress, with the impact still evolving. As the Euro has weakened and the US dollar rallied, the most vulnerable emerging markets (EM) came under significant pressure.

This raised what we believe is a misplaced concern about the broader health of many EMs across the world. With upward pressure on short-term US rates reviving the US dollar’s value, Citi Private Bank’s Global Investment Committee sees near-term risk in our international asset holdings.

The US dollar has rallied nearly 5% over the past month, leaving it up 2% in the year-to-date, but it is still nearly 9% below its early 2017 high against major currencies. With US interest rates rising relative to international rates and investor positioning bearish the US currency, we have long expected a counter-trend rebound in the USD within a range bound year.

Nonetheless, our overall positioning in non-US assets is at risk when the USD rallies. With European economic reports falling far short of consensus expectations, the Euro has dropped more than 5% in the past month, spreading weakness across many currencies. Certain EM currencies (Argentine peso, Turkish lira) and related local asset markets have seen significant weakness. However, the broader setback in EM stocks and bonds has been modest by historic standards.

Importantly, the vast majority of EM countries show very manageable levels of USD debt. Most have seen improvements in their external accounts over the past five years. While the US has seen its interest rates rise relative to international rates, we expect this trend to be mild compared to prior periods when the USD has risen disruptively. In this context, a rise in demand for foreign savings by the US as it runs large budget and trade deficits should continue to result in downward pressure in the USD over the medium- and long-term.

Of late, European and US growth have shown far less divergence than is widely understood. Economic surprises (short-term economic indicators relative to consensus estimates) have generally not been informative in forecasting full year economic growth. In periods when European growth indicators have shown severe negative surprises, like now, equity returns have generally been well above average in the subsequent 12-months.

Rising short-term US interest rates will continue to grow as a hurdle for risk assets over time. We continue to overweight these high quality assets within a global fixed-income underweight. While US yields are now the highest in the developed world, foreign exchange hedging costs for USD assets have risen sharply, reducing demand from hedged international investors.

Nonetheless, the Fed’s gradual tightening approach and the strong proclivity for long-term US yields to be constrained during tightening cycles, suggests only moderate upward pressure on US long-term rates. Aside from any severe breakdown in international trading relationships, there are few major restraints on world economic growth. Many equity markets now anticipate a greater slowing in corporate profits than we see as likely. EM equities now trade at a near record 42% valuation discount to US equities on our preferred measure. In USD, EM total returns have been less than 1/4th the US market return over the past five years.

The US dollar is still the single strongest indicator of the relative performance of EM stocks and many EM bonds. A fast, corrective rally in the US dollar can still be expected to harm EM relative performance. Near-term political risks remain high for Mexico, among other EMs. Nonetheless, our long-term (strategic) return estimates for EM equities leads all other public market asset classes. With this in mind, our global equity overweight is just moderate, and spread across EM and DM markets that have both a positive and negative correlation to the US dollar.

We would advise appropriate investors to hedge currency-related risk, but not eliminate exposures to the most attractively priced international assets, especially not during a moment of market stress. 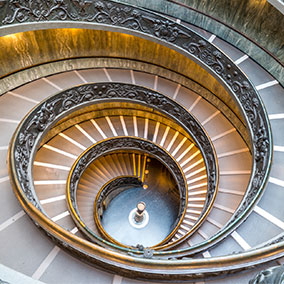 Italian populist coalition is not a market-friendly development 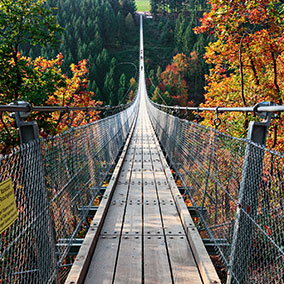