Euro rate markets have been suffering from rising political uncertainty and a technical re-pricing, which we think reflects the upcoming reduction in European Central Bank (ECB) monthly bond purchases. Though short-end yields remain well-anchored from the ECB’s ability to buy securities below the discount rate, long-dated core Eurozone (EZ) bonds have lost 6.9% this year. France and Italy have been the largest underperformers, with maturities 20-years+ declining 8.0% and 7.5%, respectively this year.

The French election, whose first and final rounds take place on April 23 and May 7, is largely responsible for the country’s recent underperformance. Far-right candidate Marine Le Pen has placed a referendum on EU membership and a Eurozone exit as high priorities in her campaign. Though polls suggest a win is unlikely, a Le Pen victory would be extremely detrimental for Europe as a whole. At roughly 70 basis points, 10-year France (rated Aa2) sovereign bond spreads (vs. German Bunds) are now at their widest levels since 2012, and only 10 basis points through Ireland (rated A3). Despite cheaper levels, we remain underweight core EZ sovereigns and would recommend hedges to protect against further weakness.

In Italy, sovereign spreads (to Bunds) are near a three-year high, as political uncertainty weighs on investor sentiment. Though the risk of early elections has increased, we expect former PM Renzi to still gain the necessary majority to impede the growing populist movement. Still, domestic financial troubles remain an issue, with over €350 billion of impaired loans in the Italian banking system (according to the Bank of Italy). As such, we remain underweight Italy fixed income (FI) markets, as well as the rest of the EZ periphery.

Greece is also making headlines again, as bond yields soar on news that creditors and the International Monetary Fund have reached an impasse on additional funding. Indeed the yield on 2-year Greek debt rose sharply to 10.0% (from 6.5%) in recent weeks. While global exposures to Greece are significantly less than 2011, an inability to service their debt would come at a very inopportune time, and could exacerbate market volatility.

On February 2, the Bank of England (BOE) left policy rates unchanged and kept their current QE program intact. The banks 2017 growth expectations were revised up from 1.4% to 2.0% (though still below BOE’s pre-Brexit assumptions), with inflation forecasts little changed. The benign inflation outlook was reflected in a cut to the BOE’s assumption of the natural rate of unemployment from 5.0% to 4.5%, implying a lack of wage pressures.

Following the BOE’s “somewhat dovish” announcement, the UK sovereign curve bull-flattened, with long-rates falling ~15bps. Expectations for rate hikes also dropped significantly. Currently, short-term markets imply a 50% chance of a rate hike in September 2018, down from 80% days prior to the meeting. In our view, Gilt yields are likely to remain range-bound over the near-term. While it’s become more likely that the UK government will trigger Article 50 of the Lisbon Treaty in March – and begin the exit process – future negotiations can produce many different outcomes. The biggest risk to Gilt yields remains even higher inflation, which is why we favor inflation-linkers over nominal Gilts debt. Over the last 12 months, 7-10 year UK linkers have outperformed nominals by over 600bp, and by 60bp year-to-date. 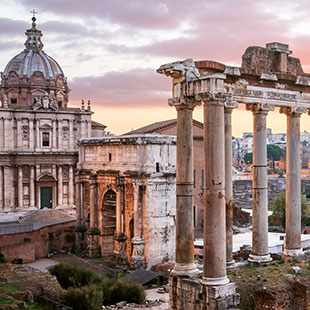 Italy says no to reforms

The Italian referendum result has implications for financial assets in Italy and well beyond. 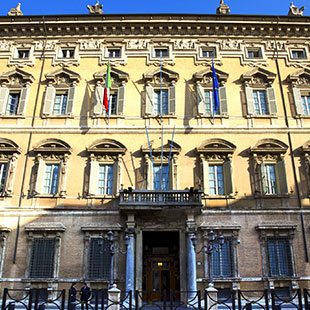