Latin American elections: a 3 round fight

A positive outlook for the macro and attractive valuations will, however, clash against higher volatility derived from major elections in Colombia, Mexico and Brazil. While we continue to recommend overweight core exposure to the region’s equity and fixed income markets we believe there are opportunities to capture volatility and/or hedge against the immediate risk of an unwanted electoral result via the currencies.

Our base case expectations for the results of these elections include center-right candidates so our recommendations for global portfolios maintain overweights in the several markets in the region, including those with elections. The better the macro environment is ahead of the elections, the higher the probability of a market friendly candidate will win. However, if history repeats itself, and we think it will, investors could find opportunities in the rise of market volatility, particularly in the currency markets. Given an election with 2 candidates in opposite sides of the political spectrum, as it tends to be the case, we expect currency markets to react to the spread in polling intentions between the market friendly (center-right) and the populist (leftist) candidate. In the charts below we can see that in past presidential elections, as the populist candidate closes the gap with the market friendly candidate the currencies reacted by depreciating. Once the uncertainty is over it recovers. The highest correlation in this relationship between polls and currency moves happens typically no earlier than 90 days before the election date.

Brazil’s 2002 election was atypical in the post-election period –the FX rallied even after Lula (the left leaning candidate) won because the new president did not end up delivering on this pre-election rhetoric so the currency begun appreciating 4 months after the results. We suspect the populist cycle in the region had its moment in the early 2000s (Lula, Chavez, Kirchner, Correa). Since then, popular discontent with the model has given room to different alternatives and we believe the pendulum has swung towards the center of the political spectrum. Given this base case for center right candidates to have a reasonably high chance of winning we look to trade currency volatility with a contrarian bias.

We recommend that clients consider implementing opportunistic strategies in their non-core portfolios to take advantage of volatility and/or hedge our overweight core exposure in equity and fixed income markets.

As a hedge to an unexpected political outcome, or as a means to trade pre-election volatility, investors can short “election currencies” like the Colombian and Mexican peso and the Brazilian Real. In addition to electoral risk, Colombia’s peso could likely have to deal oil prices retracing from current near 70dpb (Brent) levels. Meanwhile the North American Free Trade Agreement is likely to remain a source of additional volatility for the Mexican peso. At the same time an investor could go long currencies that exhibit stability or upside potential. In the case of Chile and Peru we have inflation, interest rate and political stability coupled with a positive outlook on base metals. This domestic and external backdrop is likely to generate growth and a stable or appreciating currency.

In the case of Argentina, while we believe the real effective exchange rate is overvalued, it is likely to remain so during 2018 given the country’s external debt position and issuance strategy and the upcoming period of export flows which also result in USD selling. The recent significant weakening of the Argentine Peso could also provide a good entry point. 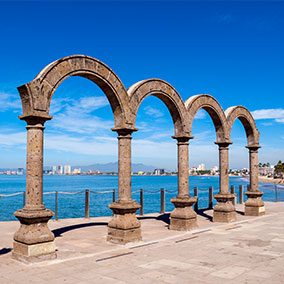