With Italian populist parties likely to win more than 50% of the votes cast in Sunday’s election, no single bloc can form a government as things stand

With Italian populist parties likely to win more than 50% of the votes cast in Sunday’s election, no single bloc can form a government as things stand. On 23 March, parliament reconvenes and house speakers are elected. By the end of March, new parliamentary groups are expected to be formed. Negotiations are likely to continue into the spring. Mid-April is the earliest possible date for a new government to be sworn in and negotiations could even continue until summer.

The fluidity in Italian voting patterns appears to have shifted and there are signs of movements between parties being less driven by corporate influence than in the past. However, there is no immediate risk to European Union and Eurozone stability. That certainly seems to be the currency markets’ initial verdict, with the Euro volatile yet unchanged on the day so far. Our view continues to be that the Euro should recover after any weakness. We see the single currency as underpinned in the medium-term by the Eurozone’s improving economic backdrop.

What is more concerning, however, is the success of populist parties, which will be likely represented in the eventual new government despite being relatively undeveloped in terms of their structures and abilities to implement policies. In addition, the likely hung parliament will probably make policymaking a challenge, at a time when sectors like banking need bold leadership and decision-making. Admittedly, this looks unlikely to dampen the strong cyclical economic upturn in the short-term. Italian GDP growth is currently annualizing at 1.7% and the unemployment rate is at its lowest level in five years at 11.2%.

The result could pose challenges for the economy in the longer-term as much-needed structural reform is likely to be delayed. This is not a point we should over-emphasize though, given that Italian politics was not too stable before this election. So the election doesn’t provide the immediate stability hoped for yet doesn’t materially change the status either. Sentiment indicators have been strong but we will watch for any signs of slippage in the months ahead.

The election result could pose challenges for the Italian equity market, which has broken a significant downside support level today. Italian banks have fallen by over 2% on average, versus the broader market’s fall of just over 1%. The banking sector faces particular challenges given the high level of non-performing loans of over €250 billion, although this has fallen slightly recently. This situation ideally calls for strong and decisive leadership.

The immediate impact on rates is negative with 10-year Italian Government yields widening by 4 basis points to 1.99%. There has not been any immediate contagion to the wider peripheral Eurozone bond market. Italian rates are likely to remain under pressure during the coming negotiations and as rates across Europe push higher in the months ahead. Italian bonds remain our largest Eurozone sovereign fixed income underweight. However, we do not expect a dramatic sell-off as supply remains contained.  While the very recent Italian spread over bonds has widened to 137 basis points, the longer-term trend remains downward.

There are two other broader EU impacts of the Italian hung parliament to consider. Firstly, for many months Italy is unlikely to provide Germany and France with clarity on its stance relating to the President Macron initiatives for EU reform. However, markets have not priced in much yet in anticipation of radical changes. Secondly, with regards to the Brexit discussions, the Italian position has been more conciliatory towards the UK than some of the 27 EU countries. It’s not clear if this position will shift with the Italian hung parliament, nevertheless won’t be a critically decisive factor in the upcoming UK negotiations.

In Germany, Social Democrat Party (SPD) members voted 66% in favour of joining a grand coalition with their centre-right rivals on turnout of 78%. This is somewhat less than the 76% approval achieved in 2013, but nevertheless sufficient to restore normality to German politics. Angela Merkel is expected to win a majority in the Bundestag in her bid to remain as leader, although possibly slightly lower than the 74% she achieved in 2013.

The German economic backdrop remains strong and the budget remains in surplus, thus probably enabling the agreement of some fiscal easing in the months ahead. The more controversial debates over infrastructure spending and education policy won’t be resolved quickly or easily, but are also not expected to be destabilising.

As to the outlook for German assets, we continue to be cautious on Bunds. Not only is the ECB cutting its Bund purchases, but inflation pressures are also rising. The equity market has disappointed in recent weeks. This has been partly due to domestic political uncertainty, but also due to reduced global risk taking. The market is now at a crucial technical support level. At this stage we remain overweight. We view the confirmation of the coalition as removing an overhang that should lead to a gradually firming technical backdrop to complement the ongoing economic strength. 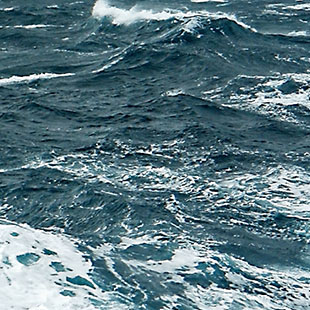 Global markets getting to grips with changing US

Global financial markets this year have been coming to grips with some of the significant  risks‎ associated with changing US...