Italian populist coalition is not a market-friendly development

May 22, 2018Posted InInvestments and Investment Strategy

A significant political risk has developed in Italy. Following inconclusive Italian elections in March, leaders of the Five Star Movement and the League are close to finalising a coalition Government and getting it approved by the Italian president Sergio Mattarella.

This is not a market-friendly development for Italy, coming at a time when the economy and bank sector are progressing through their fragile recoveries. The potential wider EU implications are a headwind for the European equity bull market. Five Star won the election with 32% of the vote, while the League with its partners collected the most seats in parliament.

While both parties are considered to be anti-establishment, their campaign promises and immediate priorities differ. The left-leaning Eurosceptic Five Star was founded in 2009. They are considered to be populist and anti-establishment. The five stars represent their key issues: public water, sustainable transport, sustainable development, right to internet access, and environmentalism.

They won the backing of a large part of southern Italy with promises of a minimum wage. The more experienced far-right League was founded in 1991 as a federation of several regional parties of Northern and Central Italy. They are more focused on the changes they wish to bring to Italy and their support base remains in Northern Italy.

Given their differences there is still some uncertainty regarding the coalition’s likely joint priorities. There could be potential economic implications for broader Europe given that Italy is Europe’s third largest economy. It comes during a challenging period for Europe, after a growth slowdown in the first quarter and ahead of further ECB tapering expected later this year.

At least as important, this also demonstrates that for broader Europe there remains anti-European and anti-establishment sentiment even after the populists failed to win recent elections in France, Germany and Holland

One further implication will be more strained relations with the EU, and this a material development as Italy is one of the six founders of the European Economic Community in 1957 (precursor to the EU). The new coalition is expected to push back against the EU on immigration and Russian sanctions.

There could be more resistance to French President Macron’s structural reform agenda for Europe. The Italian coalition’s draft program also includes reviewing various European treaties, including a review of Italy’s contribution to the EU budget. The EU-27’s cohesion in their discussions regarding the UK’s exit from EU could be challenged as those discussions enter the crucial final stage.

The worst cases of debt monetization and a euro referendum are not likely, as the two parties need to stabilize their fragile coalition and support bases with greater priority. The leaked coalition demand for a €250 billion ECB debt write-off would be illegal under EU law and would put the ECB in breach of German constitutional law.

Regarding the currency, both parties have toned down their anti-euro rhetoric, and a referendum is not expected. A further comfort is that the situation is better than Greece in 2015, because Italy is not currently negotiating a bailout with Brussels, the ECB is still buying its bonds as part of their asset purchase program, and Italy should be able to maintain market access during this crucial period if they continue running a budget surplus.

The most immediate pressure point with the EU is the coalition’s likely push back against the EU’s fiscal rules.

With regards to possible fiscal policies, the League have campaigned for a flat income tax, while the Five Star Movement campaigned for a universal basic income. Both want to undo the 2011 pension reform. So their combined plans would cut taxes and raise government spending, threatening an escalating fiscal deficit (from around 2% of GDP), and thereby worsen Italy’s debt in relation to GDP which is already amongst the highest in Europe at 132%.

Achieving the necessary growth through a higher deficit strategy poses risks for Italy, not least because the bank sector recovery is still fragile and likely needing further government support. Regarding the coalition’s aim to bolster infrastructure, there is no financing plan in place. Regarding one of Italy’s greatest needs, to raise productivity rates, the coalition does not have a plan.

The Italian and other European equity and bond markets have reacted calmly, probably on the expectation that the worst-case policies are unlikely. Nevertheless, Italian equities still up 5.7% year-to-date and 10-year sovereign bond pickup to only 2.4% and pickup to German bunds of only 187 basis points do not discount the expected fiscal deterioration and higher risk premium. 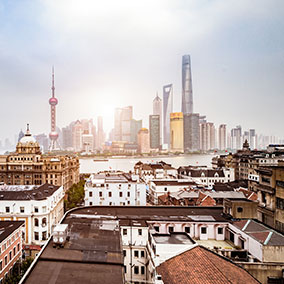 Eyes on Europe and emerging Asia to boost global equities 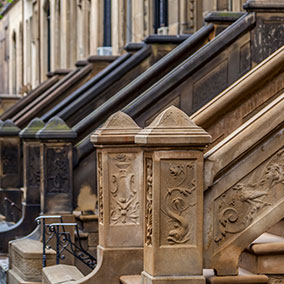