How Italy has avoided its worst case scenario

Political developments have been centre stage over the past fortnight. Following the inconclusive election result earlier this year, Guiseppe Conte, a law professor with no political experience, becomes the new Italian prime minister. He is supported by a coalition between two populist parties, The League and the Five Star Movement, which won a combined 50.1% of the vote and around 55% of the seats in the new parliament. Five Star topped the poll with 32%, while The League and its partners collected the most seats in parliament. Anti-immigrant Matteo Salvini of The League and Five Star’s Luigi di Maio will both serve as deputy premiers. Eurosceptic Paolo Savona, age 81, rejected as finance minister, will be responsible for European affairs. The Foreign Minister is the pro-European Enzo Milanesi.

While both parties are considered to be anti-establishment, their campaign promises and immediate priorities differ.  The left-leaning Eurosceptic Five Star is considered to be populist. The ‘five stars’ represent their key issues: public water, sustainable transport, sustainable development, right to internet access, and environmentalism.

They won the backing of a large part of southern Italy with promises of a minimum wage. The more experienced far-right League was founded as a federation of several regional parties of Northern and Central Italy, seeking a breakaway of the North from the South of the country. They are more focused on the changes they wish to bring to Italy and their support base remains in Northern Italy.

The worst case of a summer hiatus before new snap elections and a likely bigger populist vote has been avoided. Without Savona as Finance Minister and with polls showing over 70% of Italians preferring to remain within the Eurozone, there is only a low likelihood of a move towards a Eurozone referendum. In addition, the rumoured €250 billion ECB debt write-off is unlikely to happen as it would be illegal under EU law and would put the ECB in breach of German constitutional law.

However, the populist program is likely to include deportation of around half a million illegal immigrants, a €17 billion plan to raise the minimum wages for the jobless, undoing the 2011 pension reform by lowering the pension age, and reducing taxes. In combination, this extra burden equates to around Euro 100 billion per year, and so would result in a breach of an EU rule by taking Italy’s budget deficit above 3% of GDP.

In addition, this would further increase Italy’s €2.3 trillion debt which already equates to 132% of GDP, the second highest in Europe after Greece. The current debt already incurs an annual $70 billion interest bill, which is difficult to sustain with a GDP growth rate of 1.5%.

Achieving the necessary growth through a higher deficit strategy poses risks for Italy not least because the bank sector recovery is still fragile and likely needing further government support. While Italy’s 10-year sovereign bond has had a relief rally with the yield falling to 2.74% and Italian equities are up around 2% from their recent lows, these are not rallies to chase. Attention will inevitably turn to both the sustainability of the Italian public accounts as well as the relationship with the EU.

There are two early indicators of Italy’s more confrontational stance with the EU: firstly, PM Conte has already called for the lifting of Russian sanctions and re-engagement with Moscow. Secondly, interior Minister Salvini has teamed up with the Hungarian leader Orban to challenge the EU rules on migration. 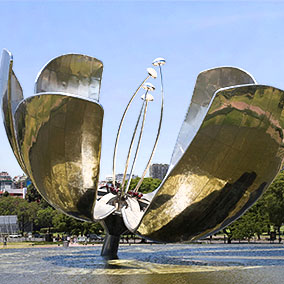 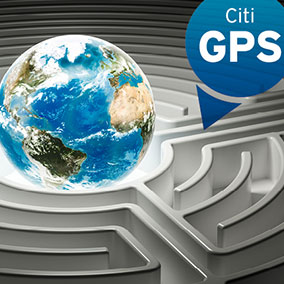 Pathways to Success - A Systematic Framework for Aligning Investments