High conviction in US municipals as positive supply/demand balance continues

The broader US municipal benchmark fell about 0.5% over the last month primarily dragged down by rising US Treasury (UST) yields. Still, year-to-date returns of 4.7% has exceeded UST debt by 250 basis points and matches gains in AAA/AA-rated taxable corporate bonds. To be sure, our high conviction in moving down in credit quality has paid off, with Single-A and Triple-B rated muni issuers gaining 5.2% and 7.2%, respectively.

A strong technical environment continues to support the municipal market, as demand remains robust amid weak supply. Inflows into dedicated municipal mutual bond funds have now reached $10 billionyear to date, after 12 straight weeks of inflows (and 28 out of the last 30 weeks).

The recent Flow of Funds report by the Federal Reserve further confirms this imbalance, as net municipal issuance had declined $12.5 billion over the last 12 months. Moreover, foreign investors dealing with record low interest rates have increased their exposure to state and local US debt by $3.1 billion in 2Q17, to $98.6 billion, an all-time high.

In our view, this positive supply/demand imbalance is likely to continue. Though the forward supply calendar and expected coupon payments imply positive net issuance over the near term, weekly new issuance continues to fall below historical averages. Uncertainty over US tax reform details may also keep issuers on the sidelines, until more clarity over individual tax rates and certain deductions become clearer. Further weakening supply totals.

Though the proposed US tax reform released by the Trump Administration is far from a done deal, there are three changes which could impact the US municipal market.

Secondly, the elimination of AMT (Alternative Minimum Tax) will affect a certain type of municipal bond, called AMT bonds. Though interest payments are still considered exempt from ordinary income, they are nonetheless subject to AMT. As a result, these bonds carry higher yields. If AMT is eliminated, prices on these securities could rise as a result.

Thirdly, the elimination of state and local tax deductions. While more relevant for high income earners in high income states, if investors are unable to deduct local taxes, they could see an increase in their effective tax rates. In turn, municipals would become even more attractive on an after-tax basis.

Puerto Rico bonds are back in the headlines, though for very unfortunate reasons. Hurricane Maria has destroyed a large part of the commonwealth’s infrastructure, with damage estimates approaching $100 billion. Despite the US government’s plan to provide some aid in the recovery, Puerto Rico is still saddled with $74 billion in defaulted debt. President Trump suggested to the media that these debts would have to be erased for the island to recover, but we don’t think that should be taken literally. That said, bondholders should expect an increase in political will to resolve Puerto Rico’s debt problem quickly and at a much lower level than previously assessed. Indeed, benchmark general obligation bonds have fallen over 25 points since the hurricane hit the island an all-time low (currently trading in the low 30’s).

Similar to recent history, the broader municipal market remains relatively isolated to the turmoil surrounding Puerto Rico debt. Even prices on the State of Illinois, which is suffering from underfunded pension liabilities and is the lowest rated US state, appear unmoved by the story in the Caribbean. However, shares of several insurers of Puerto Rico debt have been hit hard, as they are on the hook for $16 billion of insured bonds. Our core convictions in US municipals remain intact. We continue to favor moving down in quality to enhance portfolio yields. We find the best values in securities maturing between 15-20 years, though higher long-term rates remains our base-case view. However, in order to mitigate some interest rate volatility, we favor utilizing barbell strategies. 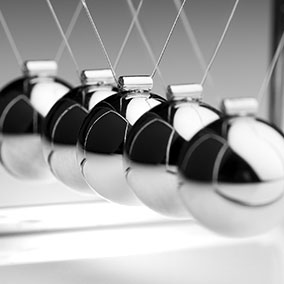 Why we remain neutral on US rates 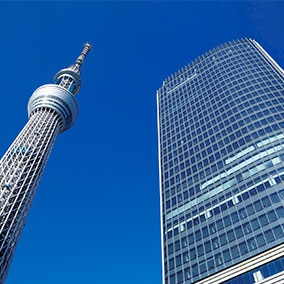 US dollar and rates have limited upside

While the US dollar and rates may see a counter-trend bounce near-term, such a move is likely to be contained. We retain our existing...