Global markets getting to grips with changing US

Global financial markets this year have been coming to grips with some of the significant  risks‎ associated with changing US policies.

The US is experimenting with a “late cycle stimulus,” cutting taxes and raising spending at a time when the US economy is strong, with limited spare capacity. Now the US is imposing import tariffs to compel others to offer better trade terms. Countervailing duties of some scope on US exports are certain to come.  Markets have now been left to speculate where it might all end, and what collateral damage there might be.

After a carefree 2017, global financial markets this year have been coming to grips with some of the significant risks‎ associated with changing US policies.  Fiscal stimulus depends significantly on foreign savers to fund US deficits. The relative strength of real US economic growth vs rising inflation is a reasonable question of the day. Now, the potential for increased tariffs may further aggravate the “growth vs inflation balance” for the US while negatively impacting economic growth elsewhere.

As we assess this risk, it is important to acknowledge the strong economic growth backdrop in which to ‎absorb incipient threats.  The global financial system is positioned in a far different way than in 2007 after massive increases in the equity capital of most banks. Stimulus itself, - a growth positive - is the cause of interest rate pressures in the US. Yet markets are correct to fear that an escalation of trade tensions is a rising global economic risk.

We would still assume a positive base case for the world economic outlook, though with significantly more limited gains in asset prices in 2018 than 2017.  Alternatively, and not the only risk, if several of the world’s largest economies fall into a trap of ever-escalating trade sanctions or self-imposed embargoes, there is some modest probability (perhaps 10%-20%) that global growth will be truly undermined.

In a significant trade development, the US has stepped up its evaluation of protections for particular industries on national security grounds. With steel widely available from many global sources, it is not clear why steel would need to be an important strategic, domestic industry. One might easily argue that the use of artificially cheap solar panels (recently subject to heightened US import tariffs) or steel imports could be used to the importer’s economic advantage.

US trade policy under the Trump administration was always certain to change, but for much of the past year, a practical studied approach left markets to assume renegotiation would not ‎be a path to disruption. The planned announcement of global steel and aluminum import tariffs of 25% and 10% is by itself a very limited negative impact.  US Imports of primary metals are valued at only 0.1% of US economic output.  However, the announcement expected next week from the administration follows the separate duties on imported solar panels and washing machines previously announced.  In the next several weeks, the US is likely to announce its findings regarding intellectual property violations by China. It may therefore announce additional significant measures impacting other industries.

With global financial markets weakening sharply in yesterday’s trading, markets again focused on President Trump’s comments on twitter today: “When a country (USA) is losing many billions of dollars on trade with virtually every country it does business with, trade wars are good, and easy to win …  when we are down $100 billion with a certain country and they get cute, don’t trade anymore - we win big. It’s easy!”

Is this a mere ploy to achieve reasonable concessions? Are we all being a bit too sensitive and gentlemanly in thinking about these trade relationships? Perhaps. Yet there are other aspects to consider beside the raw size of the new US tariffs

Canada and the European Union have already said they would take still-to-be-disclosed countervailing steps in response to the US steel and aluminum tariffs. This is in addition to taking complaints to the World Trade Organization.  Yet as we understand it, the reason for the US actions on steel and aluminum stem from China’s high level of industry capacity and influence on global metals markets.

Importantly, the move comes after both houses of the US Congress passed steps that could be interpreted by China as threatening to the "one China policy” on which trade and diplomatic relations between the two countries is based. Earlier this week, the US Senate passed a bill to encourage visits between US and Taiwan “at all levels”, especially “cabinet-level national security officials.”  This follows earlier passage in the US House, and awaits President Trump’s signature.  Notably, in the past year, the administration has moved to clarify that its view to the “one China policy” had not changed.”

US protectionist trade policies have so far elicited little response from China and we see significant scope for cooperation. However, in our view, a perceived challenge to sovereignty could substantially reduce China’s willingness to cooperate on all matters.  In the view of the US, the Congressional bill could merely be seen as a signal of friendship and support to the Taiwanese.  It is unclear if this is seen the same way by Chinese officials.

Turning to China’s economy, the silver lining is that its macro environment is less vulnerable than 2014-15. China’s FX reserves have risen for a year by $160 billion. Its economy is moderating from the 4Q pace, but remains in solid expansion. Past domestic policy tightening and the US dollar’s weakness have created some room for Chinese policy to accommodate potential setbacks in trade. Tariffs on steel could even help to push progress in the reduction of overcapacity and pollution.

There remain many uncertainties as to how either side takes the issues from now. The coming weeks could be crucial to gauge how far the US is going with protectionism and how much reaction comes from China and other trading partners. Still, diplomatic and trade confrontation with the US would be a net negative on China’s growth and on its currency, as well as market sentiment. If left to fester, this could present a key challenge to our generally positive world view. 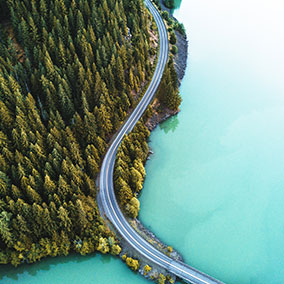 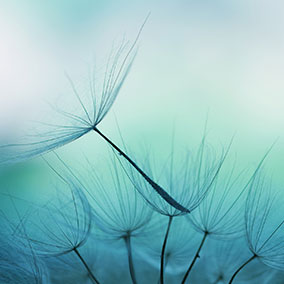