Expect 'status quo' from US elections

The battle for Congress should be the real focus for investors

Global financial markets suffered a shock in June when the United Kingdom voted to quit the European Union. It might be an even bigger surprise after 8 November should Donald Trump beat Hillary Clinton to become the next President of the United States and unite the U.S. government under Republican leadership in the process. Trump has promised to emulate the unexpected victory of the UK’s ‘Brexit’ movement. So, will he succeed in creating an upset, and what might it mean for the markets if he does?

Citi Private Bank does not expect such an upset. In fact, we don’t even think the election will be a close-run thing based on today’s polls. Yes, Clinton’s recent lead in the polls is narrow enough that Trump could overtake her in the popular vote by November. But US elections aren’t decided by raw percentages of the public vote. They’re won by the candidate who gains at least 270 of the US Electoral College’s 538 electors. State by state, a win of just 51% is as good as 100% to win all of the state’s electors. With 40 U.S. states having voted for the same party’s candidate in each of the last four elections, the battleground is the remaining so-called “swing” states. The latest polls show Clinton leading at least marginally in eight out of ten swing states.  Projecting recent state polls gives Clinton 341 Electoral College votes to Trump’s 197. Our base-case is therefore that Hillary Clinton becomes the next President of the United States.

Despite the perceived likelihood of her win, we expect his Republican party to keep control of the House of Representatives and perhaps of the Senate too, where the outcome looks very close. History seems to point to this. Since 1960, no new US President has simultaneously seen his party wrest control of the House of Representatives if it was held by the other party. The Republicans also have their biggest House majority since 1928. So, even if the Democrats won as many seats as they did in 2008, they still wouldn’t gain control. The most probable outcome in November is therefore more of the same: a government divided between a Democratic President and Republican control of at least one of the two Houses of Congress.

What would be the implications of such a ‘status-quo’ outcome? A divided government would mean there would be fairly little chance of any radical policy changes – positive or negative – transforming the landscape. Instead, Clinton would have to compromise with Republicans, leading to more centrist policies and legislation if there is any passed at all. Given economic risks around large policy shifts, we would therefore expect a positive reaction from financial markets to our base-case scenario of a Clinton presidency and Republican control of at least one House of Congress.

In the first place, our base-case would probably mean very little change to the US’s fiscal outlook. Clinton’s tax-and-spending plans are not significantly different from those of Obama. By contrast, Trump has a fiscally-aggressive agenda of cutting taxes and boosting spending. More ominously, he threatens a disruption of current trade relationships, which could have sharp negative impacts on both domestic and international business. If Clinton wins, checked by a Republican House of Representatives, we think global markets would experience a rally driven by investor relief that no such risks will be realized. This would likely coincide with a retreat in market-implied volatility, which typically trends higher in the two months before a presidential election.

Certain areas within the markets could benefit more than others during a “status quo” relief-rally. US firms with an international focus might rally more, for example, given that a Clinton win is expected to cause no disruption to international trade, whereas Trump has espoused protectionism. The Mexican peso has underperformed a broad array of emerging-market (EM) currencies in 2016 to date, based on the fear that Trump might win. If he doesn’t win, the Mexican peso may well recover lost ground against both the US dollar and other EM currencies.

By contrast, some assets look more exposed in the event that our base-case scenario of a Clinton presidency comes to pass. The US construction materials sector might struggle, given that Trump has plans for significant spending on infrastructure, as well as on the erection of his infamous wall along the Mexican border. Clinton has promised some of the same, but needs Congress’s cooperation. And, although it would also require bipartisan compromise, Clinton’s proposed limits to tax deductions could hinder both the demand for and the relative performance of municipal bonds, meanwhile.

What if we are wrong and Trump wins the presidency? Such an outcome would create substantial uncertainty for investors in the US and beyond. We would expect to see volatility in US Treasuries, currently the world’s “safe-haven” asset of choice. Initially, Trump-induced risk aversion might drive Treasury yields lower. In the longer run, though, they could well rise, faced with Trump’s aggressive spending plans and fiscal weakening under a likely united Republican Congress

Periods of global risk aversion typically increase demand for the US dollar. However, we don’t think the dollar would perform as strongly during a bout of risk aversion triggered by a Trump victory. International investors may decide that they feel safer keeping capital at home rather than buying or holding US-dollar denominated assets. This is due to the substantial uncertainty over US policy that we would envisage under a Trump presidency.

Were Trump to win, it could also impact the Chinese yuan. Trump has threatened to brand China as a ‘currency manipulator.’ In response, China could stop intervening to prevent the yuan from falling, as it has done over the past year. Such a move could see the Chinese currency drop sharply, just as it did in August 2015. That episode had a substantial negative impact on markets around the world and we would expect further such turmoil amongst China’s Asian trading partners and globally.

Another way in which our base-case might be proven wrong is if Clinton wins as we expect but her Democratic party also seizes both Houses of Congress. In this event, we would also expect an initial bout of risk aversion in the markets, also driven by policy uncertainty. Broadly speaking, labor might gain from the new policy regime at the expense of capital. And certain industry groups could be especially vulnerable to a Democratic clean-sweep. Lower-paying, domestically-focused US sectors like restaurants and hospitality could face the imposition of new regulations or laws. Meanwhile, fossil-fuel industries could well suffer from the withdrawal of benefits, and from stricter rules.

Whoever becomes the next US President may well have to contend with less clement conditions in the economy and financial markets – at least if history is any guide. Eight out of eleven US recessions since World War II overlapped a new President’s first year in office. Whereas Obama took office with the economy and financial markets depressed, his successor will enter the White House amidst a late-stage economic and market recovery. Whether Clinton or Trump, therefore, financial-market returns in the next President’s first term are likely to fall short of those seen since 2008. 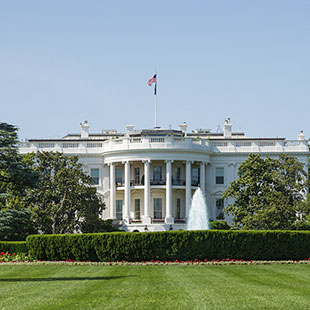 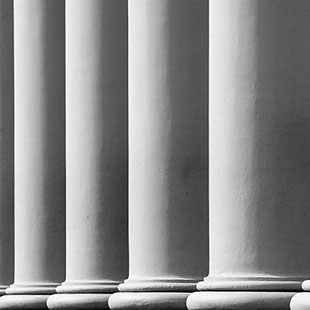 Federal Reserve Chair Yellen made headlines with her near-term policy comment: “I believe the case for an increase in the Federal...