Likely headline risk will add to volatility of UK assets

A crucial stage is approaching for Brexit, with three areas in particular focus: Firstly, the UK needs formally to decide its stance on the Customs Union. Triggering Article 50 did not necessitate leaving the Customs Union, however PM May’s initial hard-line approach indicated that the UK would be seeking to leave the Customs Union.

On the positive side, this would enable trade deals with non-EU countries, but it would also make it harder to avoid a hard Irish border. Prime Minister May now has the delicate task of firming up the UK stance on the Custom’s Union, without risking a hard-line Brexiter challenge for her Conservative Party’s leadership and without risking a constitutional crisis over the Irish border issue.

Secondly, the transition agreement which was agreed in outline in December now needs to be fleshed out into legal text that all parties agree too. An important area of current disagreement is the EU demand for fall back provisions for the UK for any non-compliance with the final withdrawal treaty.

Thirdly, sector implications will be increasingly in focus. Most critical is the UK financial services sector. The UK is reportedly going to seek “mutual recognition” of regulations to preserve the City of London’s access to the EU.

With this potential proposal, the UK and the EU would recognize each other’s regulatory and supervisory regimes, with aligned rules at the point of exit, with a mechanism for monitoring divergence. This approach would differ from the EU’s “equivalence” approach that applies to third countries, and if applied to the UK could hinder access.

These issues are not easily resolvable and there is likely to be much headline risk, which is likely to add to the volatility of all UK assets. This is in addition to the rising volatility prompted by rising global rate pressures. Long-term, the eventual EU deal will not be easily passed by the UK parliament nor by the EU’s 27 remaining members, but that is not a significant concern for markets for the early part of 2018. 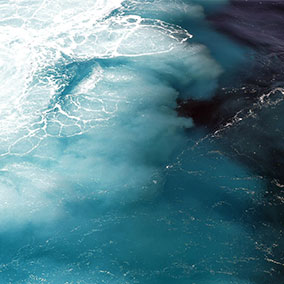