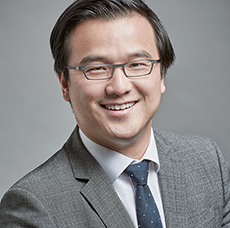 Valuations remain conservative even after rally, while growth continues. US tax reform is unlikely to cause major capital outflows from Asia

How expensive is Asia after 35% rally?

The MSCI Asia ex-Japan Index had gained 35% in 2017, outperforming MSCI World index by 16%. Yet, as Figure 1 shows, many markets in the region continue to be valued much lower than developed markets (DM). Compared to each market’s own history, Asian markets also show more modest valuations. Using cyclically adjusted PE ratios (CAPE), most major Asian equity markets remain on the lower end of historical range and are below their historical averages (Figure 2). For Japan, though current CAPE is relatively high, it is still well below historical average. India and the Philippines are exceptions to this in Asia, while US is the farthest above historical average and is pushing the ceiling of the range. As such, EM Asia offers more upward valuation re-rating potential than the US market. Note: CAPE is measured as current price divided by 10yr average earnings. The ranges and averages are based on data from 1997-present. Source: Bloomberg, as of 31 Oct 2017.
Indices are unmanaged. An investor cannot invest directly in an index. They are shown for illustrative purposes only. All forecasts are expressions of opinion and are subject to change without notice and are not intended to be a guarantee of future events. Past performance is no guarantee of future events. Real results may vary.

Will the US tax cut take capital out of Asia?

We believe that the net impact would be limited for the following reasons.

Figure 3: Corporate income tax rates in Asia are not much higher than the potential US rate and lower than global average After strong performance in the first eight months of this year, Asian markets have remained resilient during periods of USD strength and shaky global risk sentiment. Markets are growing more comfortable with risks like North Korea and central banks unwinding monetary stimulus. Indicators for growth, such as exports and purchasing managers index (PMI), have moderated from the highs seen in early 2017, which may slow down market momentum in first half 2018. But investors should keep in mind that the current expansion is only in its second year since the relatively deep 2015 mid-cycle downturn.